The new year has dawned upon a deeply troubled America. Times are not good in the best of all possible nation states, which has suddenly discovered that the seven-league boots with which it is accustomed to stride the globe have become ill-fitting and down at the heels.

In recent years, particularly since the onset of the Great Recession, it has become clear to many Americans that their country is composed of two different societies with clashing interests Â a very small minority in possession of great wealth and power, and everyone else, with some getting by and many falling by the wayside.

As a consequence, large numbers of people now perceive to one degree or another that big money not only manipulates most elections but influences a great many of the politicians and bureaucrats who craft legislation and execute the policies of the U.S. government. Awareness is spreading that crony capitalism Âthe corporations, banks and Wall Street Â controls the economic system which shapes the political system where decisions are made.

But the beat goes on, of course, until mass consciousness transforms into mass action.

In domestic politics, 2012 opened with the Republican Party’s three-ring circus in Iowa, New Hampshire and South Carolina, the initial contests to select a presidential nominee. On display is the most bizarre collection of clowns in recent political history. At this stage the battle is between Newt Gingrich and Mitt Romney, who is still favored for now. The struggle within the GOP between ultra right and ultra right "lite" will be determined soon, signaling the start of the best election money can buy.

Which ever party wins in November Â and we think President Barack Obama will be reelected Â the contest is not between right and left but between right/far right and center right. No matter what the result, progressive change will not be the product. The best outcome might simply be keeping the crazies at bay.

In international affairs, the year opened with U.S. cannon shots aimed just above the heads of America’s multifarious enemies, identified as being mainly in Asia and the Middle East, warning them not to mess with Uncle Sam, as though they were about to.

As the shots reverberated, the American people were told:

"Good morning, everybody. The United States of America is the greatest force for freedom and security that the world has ever known. And in no small measure, thatÂs because weÂve built the best-trained, best-led, best-equipped military in history Â and as Commander-in-Chief, IÂm going to keep it that way…."

These "reassuring" hyper-nationalist words from the Commander-In-Chief were expressed Jan. 5 during a visit to the Pentagon to explain Washington’s dangerous new war policy. A secondary purpose of the plan is to facilitate Pentagon spending cuts in the next decade, but future allocations will not drop one penny below George W. Bush’s bloated war budgets.

Abruptly, the U.S. is supposed to be confronted with a "threat" from China, necessitating that the Pentagon surround that country with even more of its far superior weaponry, more troops, battle fleets heading in closer proximity, surveillance aircraft, space weapons and long range nuclear missiles.

All this is part of Obama recent "pivot" to Asia, as though we ever left, the main goal being to weaken China within its own natural sphere of interest in order to secure Washington’s need to remain global top dog. China is no military threat to the U.S. today or in the future, given the Pentagon’s two-decade head start in all the technologies of conflict, and the fact that America’s war budget is and will remain many times that of China.

In addition, there seems to be an imminent "threat" to our way of life from Iran, as well as the continuing "threat" to U.S. democracy from some poor tribes in Afghanistan.

Despite all these "threats," which are largely invented to justify war spending and keep the American people supportive of the militarism that now pervades our society, Obama twice mentioned in his speech the "tide of war" is receding. But if that is true, why station 40,000 troops in countries around Iraq after withdrawal? Why deploy attack-ready bombers and Navy aircraft carriers near Iran? Why keep nearly 100,000 troops in Afghanistan and make demands on Kabul to allow thousands more to remain indefinitely after the planned "withdrawal" in 2014?

The U.S.-Israeli crusade against Iran may result in an attack this year. The New York Times reported Jan. 12 on an "accelerating covert campaign against Iran consisting of assassinations and bombings. The campaign, which experts believe is being carried out mainly by Israel, apparently claimed its latest victim Jan. 11 when a bomb killed a 32-year-old nuclear scientist in TehranÂs morning rush hour."

On Jan. 14, Iran charged the U.S. and Israel were behind the scientist’s murder. That same day the Wall Street Journal reported that the White House was worried that Israel will attack Iran before the U.S. gives a go-ahead. But four days later the Times reported Israeli Defense Minister Ehud Barak declared "any decision on a possible pre-emptive military strike on Iranian targets was ‘very far off.’" Stay tuned, the year’s just started.

The American people are supposed to be safer this new year because President Obama just signed into law the National Defense Authorization Act allocating $662 billion in military spending in 2012 (plus an equal amount for other "national security" purposes in other budgets).

Civil liberties groups criticize the Pentagon bill because it also authorizes an "indefinite detention" clause that is one more step toward a police state. Obama’s civil liberties record is worse than that of his predecessor because he retained Bush’s excesses and added his own.

A few days after Obama’s bragging about the "best-trained" military, the Pentagon and the secretaries of defense and state were forced to publicly apologize in the wake of an international uproar over circulation of a video showing four U.S. Marines jovially urinating on the corpses of Taliban suspects. A couple of days later a U.S. military legal officer recommended that PFC Bradley Manning face a court martial for transferring documents including evidence of U.S. war crimes to the whistle blowing website WikiLeaks. And so it goes, day by day into 2012.

Washington maintains that the Great Recession ended in June 2009 and the economy is on the mend. Stock prices are up, corporate profits are zooming, and the wealthy are exhausting the nation’s supply of money bags.

The corporations, banks and Wall St. have been abundantly helped through the tough times by the Obama Administration, but little help has trickled down to average working families. Recession conditions will continue in 2012 for much of the "bottom" 80% of the U.S. population, including high unemployment, more foreclosures, and stagnant wages. Half the families in our Land of Opportunity are low income or poor.

Early in January, the new Pew Research Center survey of 2,048 adults contained a most unusual result. It found that 66% of the people in our "classless society" believe there are Âvery strong or strong conflicts between the rich and the poor" in the U.S. This is big news, evidently based on growing comprehension of what are in fact class differences.

The top 1% now possess more than 50% of all privately held assets in the U.S. (Assets are everything you own including cash, car and house minus debts.) The top 20% possess 85% of all assets. This means the bottom 80% of the people have accumulated only 15% of the assets (including the bottom 40%, who have no assets at all because they owe more than they own).

However, there is one aspect of our system that is said to prove beyond doubt that all Americans Â rich and poor alike Â are actually equal in our society where it really counts. We speak of each citizen’s right to vote in the quadrennial selection of a Commander-in-Chief, known popularly as the presidential election.

President Obama has transformed his rhetoric into that of liberal populism for the duration of the campaign. He now talks about having government intervene to help reduce inequality and help build a more "equitable" society, not that it’s going to happen. He now even tut-tuts about crony capitalism.

Obama sure sounds even more progressive than when he was a "change-we-can-believe-in" candidate in 2008. This was before governing as a center-right patron of the ruling establishment for the last three years, ignoring poor, low income and minority Americans as though they didn’t exist, initiating a completely failed program for the millions who have been foreclosed, and changing little to nothing, even in his first two years when the Democrats controlled the House as well as the Senate.

Probable opponent Romney has undergone a similar opportunist transformation in the opposite direction in order to obtain the GOP nomination. He’s now campaigning as a right/far right populist this year after governing Massachusetts as a healthcare moderate conservative and who earlier supported abortion, and gun control, among many flip-flops. Gingrich has always been an ultra-reactionary hypocrite going back to the early 1990s in the House, and hasn’t seen the need to adopt a new persona for 2012.

The main reason we believe Obama will be reelected has nothing to do with his record as president. It is that the Republicans have gone so far to the political right, and have acted like such obstructionist buffoons in Congress, that the crucial independent vote will lean toward the center-right. The Democratic leadership hopes Gingrich becomes the candidate because he’ll campaign as a far rightist while they fear Romney may moderate some of his rhetoric. But even so, Obama’s nearly $1 billion war chest should finish him off.

Assuming Obama does return to power, we know now, as in the 2008 campaign, that a "liberal" will not be occupying the Oval Office for the next four years. The pro-99% rhetoric will stop at the second term White House door.

American politics is quite different today than when the Democratic Party adopted a center left configuration for a few years in the 1930s and 1960s. However, in terms of the gradations of political "evil," the center right is a "lesser evil" to the right/far right, given the two conservative options for electing a president offered the American people by those who run the show, though itÂs a dismal commentary on democracy.

In the present era it is certainly legitimate to worry about the direction American politics is heading domestically, coupled with a probable global future of more wars, more poverty and environmental disaster. We worry deeply about the problems that will confront our and all today’s children and grandchildren.

However, we retain unshakable confidence in what the masses of people can accomplish under difficult conditions when they become united, organized, disciplined and committed to the struggle for a better, equal and cooperative society, and a peaceful, environmentally sustainable world.

This option for substantive transformation beckons. It is the objective requirement of our times if we are to avoid a catastrophe down the road. A decisive turn to the left is essential and possible. It could revolutionize society and change the world to benefit all the people.ÂÂÂÂÂÂÂÂÂ 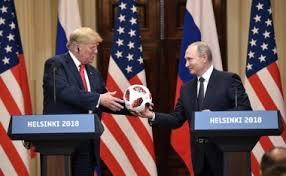 The Western Elite Is Now Suffering from Self-Inflicted Dementia 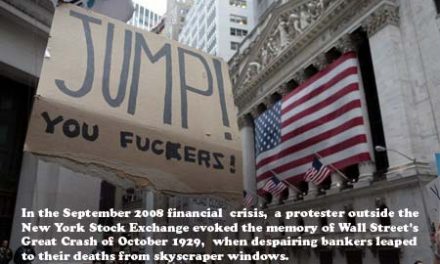 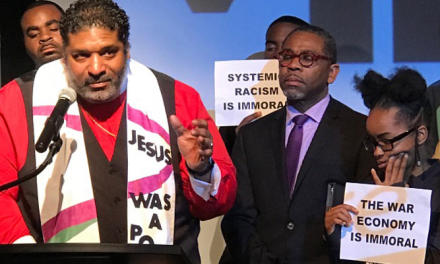