The cover of ColombiaÂs Semana magazine depicts a photo which should warm the cockles of any decent heart:Â  the indigenous people of Cauca carrying an armed soldier, one of many who had invaded their land, away from their town.Â Â

The story of the resistance in Cauca was simply amazing, as indigenous, armed with nothing more than sticks, chased away the U.S.-funded military and physically dismantled the barracks they had just set up.Â Â  Yet, the editors of Semana were not overjoyed with this scene, instead referring to it as a Âtragedy,Â and asking how it could be that indigenous peoples would drive out the very military which purports to protect them.

Of course, the question answers itself .Â  The indigenous do not see the military as their protectors; rather, they seem them for what they are Â invaders come to take their ancestral land from them as they have taken it away from hundreds of thousands of others indigenous who disproportionately make up ColombiaÂs over 5 million internally-displaced peoples Â the largest internally displaced population on the face of the earth.Â Â

And, the Obama Administration itself Â which is funding the militaryÂs counterinsurgency campaign in Colombia, very well knows the feelings of the indigenous on this subject.

Thus, as the U.S. Embassy acknowledges in a February 26, 2010 Embassy Cable released by Wikileaks, indigenous tribes have asked that the Colombian military to withdraw from their land because it is the militaryÂs very presence which ÂÂbrings the conflict to the backyard of the indigenous,ÂÂ thereby putting their lives and very existence at risk.Â

Yet, in this same cable, entitled ÂViolence Against Indigenous Shows Upward Trend,Â the Embassy characterizes this request for military withdrawal from indigenous land, which the Embassy acknowledges is Âsacred to their [the indigenousÂ] cultural identity,Â as Âimpractical.ÂÂ

And, the U.S. Embassy explains why this is so, statingÂ  that Âcapital investments in the mining of hydrocarbons sectorsÂ as well as Âinvestments in rubber [and] palm oilÂ Â that is, the very investments which U.S. military policy is designed to promote Â demand that this land be subdued by the military.Â

The fact that, as this Embassy cable acknowledges, 34 indigenous groups are being driven to the point of extinction as a result, does not change this game plan.Â  (Of course, given the U.S.Âs efficient genocide which wiped out its own indigenous population Â much more thoroughly, it should be noted, than the Spanish did in Latin America Â this should not be surprising).

In the case of Cauca, the military, ejected by the indigenous with minimal violence (no military personnel were killed though the military itself killed 2 indigenous in fighting expulsion), re-captured the area with the overwhelming force of 28,000 troops.Â Â

And, the Colombian government, as it is of wont to do, vilified the indigenous uprising, claiming that it was somehow inspired, if not instigated, by the left-wing FARC guerillas Â this, despite the fact that the indigenous called for the FARC to leave their area as well.Â  And, it should be noted that the FARC agreed to withdraw from the land if the military and paramilitaries removed themselves too.

This type of vilification Â designating any political opposition, even if peaceful, as somehow linked to the guerillas Â is a long-standing tactic of the U.S. and Colombian government to justify their own brutality.Â Â

And, sadly, this tactic is quite effective even at misleading the U.S. left and progressive forces, and in convincing them to refrain from supporting struggles which deserve to be supported.

An example of this phenomenon which I have personal knowledge of involves the peasant union in Colombia known as FENSUAGRO, the second largest union in Colombia.Â Â  FENSUAGRO has a long and proud history of peaceful resistance in Colombia and is one of the most outspoken groups in support of a negotiated peace process with the guerillas. And, FENSUAGRO has paid dearly for its activism.Â Â

Thus, 5 out of the 11 unionists killed this year in Colombia have been from FENSUAGRO.Â Â  One of these unionists, Herman Henry Diaz, was disappeared, only his clothes found on a road connecting two different military bases.Â Â  FENSUAGRO believes that Mr. Diaz was killed by the military which controls the area in which he was taken, but, without a body, the truth will probably never be known.

On my recent visit to Colombia, the President of FENSUAGRO, Eberto Diaz Montes, talked to me about the violence against his union.Â Â  He explained that FENSUAGRO has lost 1500 members to murder Â almost exclusively at the hands of the Colombian military and its paramilitary allies.Â Â

As for the paramilitaries, Eberto, in agreement with former Colombian Attorney General Mario Iguaran, attributes their rise and domination of large swaths of Colombian territory to the support they received from Chiquita Bananas from 1997 to 2004 Â support which totaled $1.7 million and included 3,000 kalashnikov rifles.Â  These same Chiquita-sponsored paramilitaries murdered and displaced scores of FENSUAGROÂs members who were living and working in the banana region which Chiquita forcefully took over in the late 1990Âs.

The number of killings suffered by FENSUAGRO is staggering, accounting for around half of all unionists killed in Colombia (over 2900 since 1986).Â  And, given that Colombia leads the world in trade union killings, it is fair to say that FENSUAGRO is the most endangered union in the world.

Eberto also talked about the phenomenon of individuals such as Herman Henry Diaz being disappeared in Colombia.Â Â  In this regard, he mentioned something which I had heard before but which is shocking to believe Â that, as some captured paramilitaries have admitted, the disappeared are many times disposed of without a trace through Nazi-like crematoria.Â Â

However, there are credible claims that this figure, obscured by the active concealment and destruction of bodies, is much higher.Â Â  For example, accordingÂ  to the Colombian reporter Azalea Robles, as cited in the book, Cocaine, Death Squads, and the War on Terror: U.S. Imperialism and Class Struggle in Colombia,Â  250,000 Colombian civilians have been ÂdisappearedÂ in the last two decades in Colombia.

Eberto also lamented a fact which I already knew all too well Â that FENSUAGRO is one of the most stigmatized social organizations in Colombia, constantly being accused by the government of having ties to the FARC.Â Â  FENSUAGRO offers a convenient target for such slander given its roots in the peasantry and its demands for land reform Â demands which are at the root of the conflict in Colombia.Â Â

Historically, such accusations have had the intended effect of convincing some progressives in the U.S. to refrain from having anything to do with FENSUAGRO.Â Â Â  And, this is particularly sad given how much FENSUAGRO could use the help.Â

For me, this is heartbreaking.Â Â  Here is a legitimate union, and a prominent voice of peace in Colombia, which is accused of being part of an armed group.Â Â  Of course, in Colombia, those who call for a peaceful dialogue with the FARC and for a political solution to the conflict with them, are invariably accused of being supporters of armed struggle.

In other words, peace = war and dissent = terrorism according to those governing Colombia as well as its U.S. backer.Â  And, sadly, many on the left accept this doublespeak as truth, with dire consequences.Â

Happily, this is starting to change, with unions such as the United Steelworkers, which signed a joint working agreement with FENSUAGRO last year, seeing through the lies and offering the solidarity FENSUAGRO so desperately needs.

The other individual I met with from FENSUAGRO was Aidee Ibague who heads FENSUAGROÂs Human Rights Department.Â Â  I found Aidee to be a bubbly, happy and quite humorous soul who gently helped me with my deficient Spanish during our chat.Â Â

Her gregarious personality is surprising given her tragic background.Â Â  Thus, Aidee lost her husband to assassination when she was pregnant with their second child.Â Â  Later, her mother was killed in front of her childÂs eyes.Â Â  She then lost her brother and niece to political violence, and her entire family was forcibly displaced from their town of Meta.Â

She remains under threat by right-wing paramilitaries aligned with the Colombian state because of the very fact that she defends the rights of FENSUAGROÂs members and denounces state violence.Â Â  How astounding then, that this victim of ColombiaÂs violence must defend herself against the slander that her organization is somehow a part of that violence.

It is for people like Aidee that we must struggle every day to see through the lies of the U.S. and its compliant media which have decided that they are the arbiters of who are legitimate activists and revolutionaries who should be supported, and who are terrorists who must be scorned and persecuted.

Daniel Kovalik is a labor lawyer in Pittsburgh and also teaches International Human Rights Law at the University of Pittsburgh School of Law.Â Â  This article first appeared in Counterpunch. 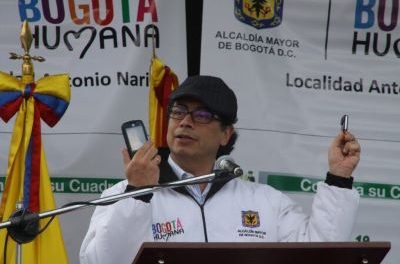 Electoral Victory of Colombians Petro and Marquez is Unprecedented 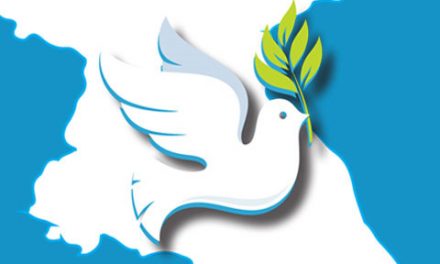