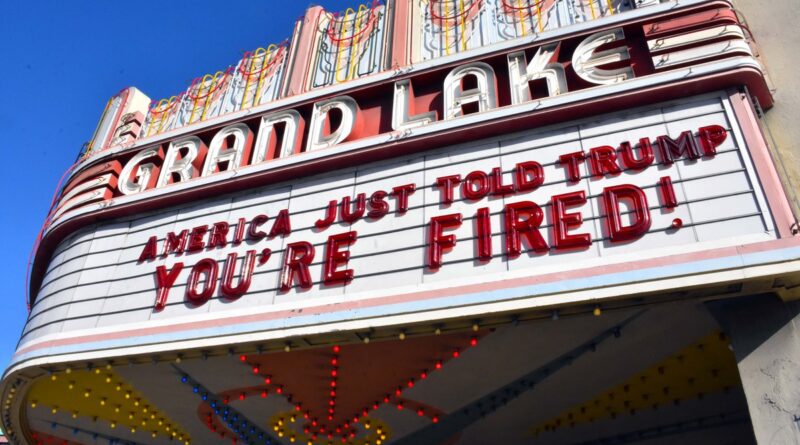 Democrats and Republicans are administrators of the empire, nothing more. But in their physical, personal, idiosyncratic incarnation, there are nuances that should not be ignored. Fidel always said: “God does not exist, but he is in the details”. That Elliot Abrams, Marco Rubio, Ted Cruz, Bob Menendez and the Ileana Ross lost their direct access to the Oval Office guaranteed by Donald Trump reveals a difference that would be absurd to underestimate. It is known that both parties have perpetrated all kinds of crimes, all over the world, and to list them all would take up dozens of pages. But in this recent election, there was an additional risk: a plebiscitary ratification to keep a Mafioso like Donald Trump in the White House for four more years would have had dire consequences for our countries. Let’s mention just three. First, the immediate activation of the “military letter” against Venezuela that Mike Pompeo prepared during his tour just a couple of months ago while visiting Brazil, Colombia and Guyana (three countries bordering the Bolivarian nation) as well as nearby Suriname.

Second: a “recharged” Trump would have intensified the sanctions and blockade against Cuba, Venezuela and Nicaragua and increased his pressures against the governments of Argentina and Mexico, which Trump’s most reactionary advisors, although it seems dubious, consider to be “allies” or “accomplices” of Chavista subversion. Third, the re-election of the New York magnate would have reinforced the regional gravitation of Jair Bolsonaro, Iván Duque and the radical right in Latin America and the Caribbean. These three “details”, which are no little trifles, are more than enough to receive with some relief the defeat of the New York magnate. In short: there was a choice between the worst and the bad, and the latter prevailed. Disappointing, to be sure, but these are the “choices” that the empire always has to offer. To ignore this truth, based on a historical record of more than two hundred years, is equivalent to confusing illusions with reality.

Well, then, what about Joseph Biden? He is an old politician (he will be 78 years old on November 20) from the American conservative establishment, with 47 years of experience in the labyrinths of power in Washington. He was a senator from 1972 until, in 2009, he was sworn in as Barack Obama’s vice president. Throughout this almost half-century there is very little in his record to expect a significant shift in Trump’s foreign policy, especially in the always turbulent area of hemispheric relations.

What is certain is that throughout so many years in the Senate he was an accomplice, a beneficiary – or at least a silent witness to  the many revelations of institutionalized corruption in Washington, of the juicy contracts and concessions offered to the companies of the military-industrial complex and, after the mortgage crash of 2008, of the fabulous bailout granted by the Treasury to the corrupt U.S. banking system. All of this took place under his watch and at no time did he insinuate discontent or moral discomfort.

The renewal or “new beginning,” the rhetoric that U.S. presidents are so fond of when they displace their opponents, is not in keeping with the promiscuous relationship that Biden – like Trump, calls “keeping it together”! For example, his expensive election campaign was facilitated by generous funding from big corporations. One report reveals that Joe Biden received donations from 44 billionaires; but his companion, Kamala Harris, surpassed him in getting contributions from 46 U.S. billionaires. In individual terms, Trump benefited from the lavish prowess of Sheldon Adelson, the owner of a casino in Las Vegas and, according to The Guardian, an “ardent pro-Israeli conservative” who ended up donating $183 million to the New Yorker’s campaign.

Biden, in turn, received a $107 million donation from former New York City mayor and media mogul Michael Bloomberg. As can be seen, there seems to be a small contradiction with the elementary principle of every democracy of one man/woman one vote. For what doubt can Adelson and Bloomberg make their voices heard more clearly than John and Maggie, who were unable to donate even $20 to any candidate in the burgeoning American democracy?

There will be, however, a change of style: the thuggish and rude gestures of Trump and company (Pompeo and Bolton, especially) will be forgotten and, apparently, there would be a certain intention to refloat multilateralism and seek compromises by maintaining the use of force as an alternative but not as the first priority. Along these lines, Biden promised to reincorporate his country into the Paris Accords on climate change; to return to the World Health Organization to collaborate in the fight against the pandemic, and to UNESCO, from which Washington had withdrawn on the grounds of an alleged “anti-Israeli bias” in that organization. But we must remember that the United States had stopped funding the UNESCO in 2011, under the presidency of Barack Obama and when Joe Biden was its vice president!

From the Senate, Biden was concerned with building the strength of the military-industrial complex and the stability of the financial system in the great crisis of 2008. In the face of the health catastrophe precipitated by Trump’s denial of the Covid-19, he could try to resurrect “Obamacare” as a very modest public health scheme. He, of course, added his vote in the Senate for the invasions of Iraq and Afghanistan and as vice president, he endorsed the military operations in Libya and Syria. As far as our countries are concerned, also in his capacity as Obama’s vice president, Biden supported the coup against Juan Manuel Zelaya (Honduras, 2009); the attempted coup against Rafael Correa in 2010; against Fernando Lugo (Paraguay, 2012) and the fraudulent “impeachment” process against Dilma Rousseff, between 2015 and 2016 in Brazil. There is, therefore, no reason to celebrate anything except the defeat of Trump.

In the March-April issue of Foreign Affairs magazine, a sort of bible for the American establishment, Biden published an article anticipating what he would do if he arrived at the White House. The title – “Why America Must Lead Again” – leaves no doubt about this character’s absolute fidelity to the tradition of American “exceptionalism. The world needs a leader, and the United States must take up that role, given by none other than God and abandoned by Trump, who went wrong in trying to make the United States “great again” by abdicating his responsibility for maintaining international order and snubbing his allies and friends. Biden’s program has three axes: the renewal and strengthening of democracy within the United States and in the international concert; new trade agreements to contain China and prevent it and its allies from setting the rules of the game, something that the empire claims as its absolute prerogative just as it did after World War II; and, finally, to place Washington once again at the “head” of the international negotiating table.

China and Russia clearly appear as America’s enemies, in line with the dominant theses especially since the time of Obama. The language used in some passages is alarming and not at all diplomatic, and reminds us of some of Trump’s bravado and insolence.

For example, Biden describes Vladimir Putin’s government as a “system of authoritarian kleptocracy” while he said that Xi Jiping “was a thug”, apart from accusing China of shamelessly stealing intellectual property rights and the assets of big companies and US savers. On democracy, he promises to convene, in the first year of his term, a major conference with “friendly leaders” (we can imagine who they will be) to build an international coalition to advance democracy and human rights and combat corruption, and to work in coordination on the basis of a common agenda. Biden believes that one of the greatest fractures of our time is the one that divides democracies from various forms of authoritarianism. It is not the same, but bears some resemblance to the “New Right International” promoted, under the auspices of Trump, by far-right strategist Steve Bannon. In a short time the truth will come out and it will be possible to see who are the rejected and who are the elected ones; who are the Democrats and who are the authoritarians.

To conclude: I think that nothing good can be expected from this replacement. The biggest risk was taken and nothing else. In 2008 and early 2009, the European and Latin American progressives succumbed to “Obamamania” and thought, in a naive display, that an African-American president would perform the miracle of transforming the nature of the empire and turning it into the oasis of eternal peace sought by Immanuel Kant. The disappointment of those beautiful souls filled with innocence could not be greater. There is a risk, though not equal, that the same may occur with Biden.

The reason for these lines is none other than to be on our guard against such an eventuality and to fall into an ideological disarmament; and to remember that with Trump or with Biden we remain at the mercy of the imperial voracity for our natural resources, in an ideological climate marked by a paranoia that visualizes this continent as being on the verge of “falling into the clutches” of China or Russia. The tone of the “Cold War” that permeates Biden’s writing is unmistakable.

There remains, however, a faint hope: that he will remember and take up again, even if only in part, Obama’s policy with Cuba and restore diplomatic relations at the ambassadorial level, lift the suffocating restrictions on travel, remittances, trade, tourism and cultural exchange and, ultimately, relax somewhat the rigors of that true crime against humanity that is the blockade to which the rebellious island has been subjected for 60 years.

And, in addition, it should also proceed in relation to the Bolivarian Republic of Venezuela, putting an end to the international role of the White House in its attempt to make a fool like Juan Guaidó a “president in charge” of that country and it agrees to hold a dialogue with the government of Nicolás Maduro, abandoning once and for all the route of confrontation chosen by Trump which, like what happened with Cuba, failed miserably.

Atilio A. Borón is a Harvard Graduate professor of political theory at the University of Buenos Aires and was executive secretary of the Latin American Council of Social Sciences (CLACSO).