Contribution of the Party of Labour of Austria at the European Communist Meeting, on the issue “The role of the communist and workers’ parties of Europe in order to strengthen the struggle of the working class and popular strata against the EU and the strategy of capital, for the pro-people way out from the capitalist crisis, the overthrow of capitalism, socialism.” Brussels, September 30, 2013

The Party of Labour of Austria is a new party. It was officially registered at the Austrian interior ministry in February 2013. By the 12th of October2013  the first party congress will take place in Vienna. Meanwhile a provisional Central Committee is in charge, and everywhere in the country local and regional founding committees were established, in order to build the organisations of the party.

The foundation document, the party programme and the party constitution have been worked out and discussed and these documents will be presented to the party congress for approval. Therefore the party is still facing further weeks and months of creative progress to obtain its full action ability as a Marxist-Leninist militant party. However, the Party of Labour did not fall from the sky, but emerged from a longer process within the Austrian workers’ movement, including various theoretical, strategic, organisational, structural and fundamental practical steps.

In 2009 the trade union alliance “Communist Trade Union Initiative – International” was founded and won a seat in the Chamber of Labour, the official representative body of Austrian employees, at the first attempt. Based on these positive developments people from the mentioned organisations have initiated concrete steps towards the construction of a new revolutionary party, firmly grounded on Marxism-Leninism, class struggle, proletarian internationalism and anti-imperialism – the Party of Labour of Austria.

Regarding imperialism and the European Union the party programme emphasizes: The Party of Labour “fights the various national imperialisms, whether it is US imperialism or the imperialist alliance of the powers combined in the European Union, in particular the aggressive German imperialism, which – not least through the vehicle of the EU – also seeks to rob Austria of its national and democratic sovereignty. In this sense, the Party of Labour stands for Austria’s exit from the EU and the break-up of that organisation.

Instead, it strives for the union of peoples on the basis of solidarity and equality. At the same time the Party of Labour fights the imperialist activities of Austrian big capital, which represents the main enemy of the Austrian working class and in some countries of eastern and south-eastern Europe bears the main responsibility for their imperialist oppression and exploitation.”

Obviously Austria’s position within in the European Union is of a dual nature: On the on hand, as a smaller country, Austria is partly dependent on Europe’s great imperialist powers, especially on Germany. On the other hand, Austrian monopoly and financial capital has its own imperialist interests in eastern and south-eastern Europe, in the countries of the former Austro-Hungarian monarchy. These two facts represent the dialectics of our analysis and therefore the context of our strategy against imperialism and the European Union.

The party’s task is the creation of of a dynamic anti-monopoly alliance, certainly entailing a strong communist core, a peoples’ alliance for democracy, social progress, national independence and peace, which also includes social strata such as small farmers and tradespeople, freelances and intellectuals, who are objectively just as opposed to imperialism and monopoly capitalism as the working class. We are convicted that the central starting point of such an alliance in Austria should be the peoples’ opposition to the European Union.

At the same time we are aware of the fact, that such an anti-monopoly alliance in Austria must be linked with similar movements in other countries, especially in Austia’s eastern neighbourhood, as well as the Party of Labour has to establish a close cooperation with the communist and workers’ parties in these countries.

The goal of this alliance must be Austria’s exit from the European Union as a contribution to the destruction of this international means of bourgeois class struggle against the working class and the peoples of the entire world. But we know very well, that this would be only a step towards a distinct restructuring of the relative strenghts in society, weakening capital, strenghtening the revolutionary forces. The proceeding struggle must be oriented to the final revolutionary overthrow of state monopoly capitalism in Austria, which is of course the main task of our party and the ultimate purpose of our anti-monopoly strategy towards socialism.

Party of Labour of Austria

A Guide to Becoming an Ex-Leftist 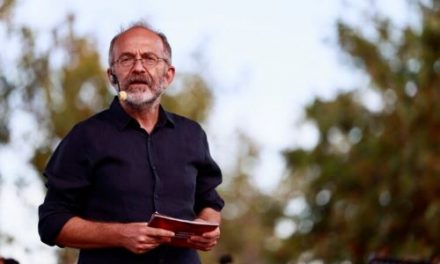