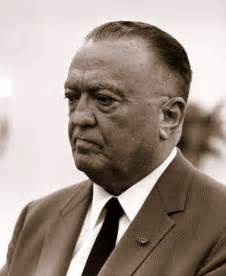 Editors’ Note: while the Democratic Party-oriented  corporate media ( MSNBC, CNN , New York Times) in their ongoing “Russia-gate” frenzy reverently interview officials  of the CIA and FBI and other repressive organs of the US  capitalist state, this article by Joe Iosbaker  is a useful reminder  of the actual anti-democratic, and anti-Left, and anti-Communist  role these organs play.  Not just in the era of McCarthyism and  J. Edgar Hoover, but today.

The raids and grand jury investigation were designed for three purposes.

First, as an act of repression against the antiwar movement. The homes and office targeted in the raid were those of organizers of the anti-war march on the Republican National Convention (RNC) in Saint Paul, Minnesota, in 2008.

That objective backfired instead, as the anti-war movement was revived by the defense campaign of the 23 grand jury resisters, and later by the case of Carlos Montes. We defeated the threats to compel us to testify or face prison time for contempt; then we won a victory in court for Carlos. Many of the targeted activists went on to help lead the largest anti-war march during the Obama years, protesting the NATO summit in Chicago in 2012.

Second, while our solidarity with the struggle in Colombia was the thing that first got the attention of the undercover cop who infiltrated the Twin Cities based Anti-War Committee in 2008, the U.S. Attorney leading the investigation subsequently became focused on the growing movement in support of Palestinian rights. That repression continues today with the increasingly desperate efforts by Zionists, politicians, the FBI and university administrators to attack the Boycott Divestment Sanctions (BDS) movement that targets Israel for its crimes against the Palestinian people. But the movement in support of Palestine continues to grow.

The most powerful show of support for Palestine has been the movement that embraced Rasmea Odeh as she resisted the racist attack that resulted in her deportation last week. We miss her terribly, and even though the cabal within the Department of Justice was successful in taking her from her home in Chicago, the courage and steadfastness she taught us helped the forces in the U.S. supporting Palestinian liberation make a great advance over the four years since she was arrested.

Of course, Rasmea’s case itself grew from the unconstitutional case against the Anti-war 23. When Assistant U.S. Attorney Barry Jonas failed to get any of the 23 to testify to his grand jury, the Joint Terrorism Task Force first went after Carlos, and then Rasmea.

Last night, Hatem Abudayyeh and I spoke with Chicago Alderman Carlos Ramirez-Rosa after he was honored at the dinner of the Chicago Alliance Against Racist and Political Repression. We thanked him for having the courage of his convictions by refusing to renounce his pro-Palestinian views, a decision that caused him to lose his position as candidate for lieutenant governor in Illinois, as the running mate of Daniel Biss, who dropped him from the ticket. This is one more example that solidarity with Palestine is taking hold in the hearts of people from all nationalities here.

Finally, the raids were an attack on Freedom Road Socialist Organization. We know that we were singled out among the forces in the anti-war movement because we were becoming more effective as an organization. I’m here to report that our effectiveness continues to grow. To see evidence of that, you need only read the stories of struggle across the country that are posted every day at FightBackNews.org – most of which involve members of our organization.

On this morning, I salute my fellow grand jury resisters.

From Syria to Colombia to the Philippines, End U.S. Wars!

From the River to the Sea, Palestine Will Be Free! 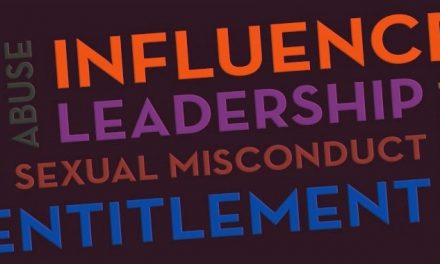