Don Buckley lost his job driving a Chicago Transit Authority bus almost two years ago and has been looking for work ever since, even as other municipal bus drivers around the country are being laid off.

At 34, Mr. Buckley, his two daughters and his fiancÃ©e have moved into the basement of his motherÂs house. He has had to delay his marriage, and his entire savings, $27,000, is gone. ÂI was the kind of person who put away for a rainy day,Â he said recently. ÂItÂs flooding now.Â

Mr. Buckley is one of tens of thousands of once solidly middle-class African-American government workers Â bus drivers in Chicago, police officers and firefighters in Cleveland, nurses and doctors in Florida Â who have been laid off since theÂ recessionÂ ended in June 2009.

Such job losses have blunted gains made in employment and wealth during the previous decade and undermined the stability of neighborhoods where there are now fewer black professionals who own homes or who get up every morning to go to work.

Though the recession and continuing economic downturn have been devastating to the American middle class as a whole, the two and a half years since the declared end of the recession have been singularly harmful to middle-class blacks in terms of layoffs and unemployment, according to economists and recent government data. About one in five black workers have public-sector jobs, and African-American workers are one-third more likely than white ones to be employed in the public sector.

ÂThe reliance on these jobs has provided African-Americans a path upward,Â saidÂ Robert H. Zieger, emeritus professor of history at the University of Florida, and the author of a book on race and labor. ÂBut it is also a vulnerability.Â

AÂ studyÂ by the Center for Labor Research and Education at the University of California this spring concluded, ÂAny analysis of the impact to society of additional layoffs in the public sector as a strategy to address the fiscal crisis should take into account the disproportionate impact the reductions in government employment have on the black community.Â

Economists say there are probably a variety of reasons for the racial gap, including generally lower educational levels for African-Americans, continuing discrimination and the fact that many live in areas that have been slow to recover economically.

Though the precise number of African-Americans who have lost public-sector jobs nationally since 2009 is unclear, observers say the current situation in Chicago is typical. There, nearly two-thirds of 212 city employees facing layoffs are black, according to theÂ American Federation of State, County and Municipal Employees Union.

The central role played by government employment in black communities is hard to overstate. African-Americans in the public sector earn 25 percent more than other black workers, and the jobs have long been regarded as respectable, stable work for college graduates, allowing many to buy homes, send children to private colleges and achieve other markers of middle-class life that were otherwise closed to them.

Blacks have relied on government jobs in large numbers since at least Reconstruction, when the United States Postal Service hired freed slaves. The relationship continued through a century during which racial discrimination barred blacks from many private-sector jobs, and carried over into the 1960s when government was vastly expanded to provide more services, like bus lines to new suburbs, additional public hospitals and schools, and more.

But during the past year, while the private sector has added 1.6 million jobs, state and local governments have shed at least 142,000 positions, according to the Labor Department. Those losses are in addition to 200,000 public-sector jobs lost in 2010 and more than 500,000 since the start of the recession.

The layoffs are only the latest piece of bad news for the nationÂs struggling black middle class.

A study by the Brookings Institution in 2007Â found that fewer than one-third of blacks born to middle-class parents went on to earn incomes greater than their parents, compared with more than two-thirds of whites from the same income bracket. The foreclosure crisis also wiped out a large part of a generation of black homeowners.

The layoffs are not expected to end any time soon. TheÂ United States Postal Service, where about 25 percent of employees are black, is considering eliminatingÂ 220,000 positionsÂ in order to stay solvent, and areas with large black populations Â from urban Detroit to rural Jefferson County, Miss. Â are struggling with budget problems that could also lead to mass layoffs.

The postal cuts alone Â which would amount to more than one-third of the work force Â would be a blow both economically and psychologically, employees say.

Pamela Sparks, 49, a 25-year Postal Service veteran in Baltimore, has a brother who is a letter carrier and a sister who is a sales associate at the Postal Service. Her father is a retired station manager.
ÂWith our whole family working for the Post Office, it would be hard to help each other out because weÂd all be out of work,Â Ms. Sparks said. ÂIt has afforded us a lot of things we needed to survive really, but this is one of the drawbacks.Â

In Michigan, Valerie Kindle, 61, who was laid off in April as a state government employee, said the loss of her $50,000-a-year job with benefits had caused her to put off retirement. Instead, she is looking for work. Two relatives have also lost state government jobs recently.

ÂThere hasnÂt been one family member who hasnÂt been touched by a layoff,Â Ms. Kindle said. ÂWe are losing the bulk of our middle class. I was much better off than my parents, and IÂm feeling my children will not be as well off as I was. ThereÂs not as much government work and not as many manufacturing jobs. ItÂs just going down so wrong for us. When I think about it I get frightened, so I try not to think about it.Â

Mr. Buckley, the unemployed Chicago bus driver who now lives in his motherÂs basement, said his mother, a Postal Service employee, had grown tired of him Âeating up all her food.Â

ÂSheÂs ready for me to get up out of here,Â he said. In the meantime, Mr. Buckley says his life has drifted into the tedium of looking for decent-paying jobs that do not exist.

ÂI was living the American dream Â my version of the American dream,Â he said of his $23.76-an-hour job. ÂThen it crumbled. They get you used to having things and then they take them away, and you realize how lucky you were.Â 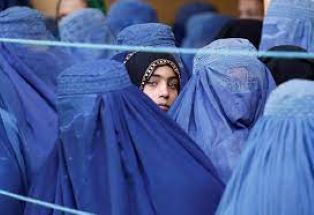