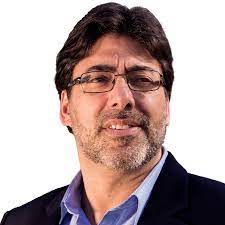 Working and marginalized people in Chile can now see possibilities of relief from the political grief of decades.  A new constitution is in the works. And Daniel Jadue, author of an astonishingly progressive program as mayor of Rocoleta municipality, is running for Chile’s presidency. The election is set for November 21, 2021.

Chileans will vote on May15-16 to select 155 members of a constitutional convention. They will also choose city council members, mayors and governors. The vote comes after months of political turbulence. Repeating anti-government demonstrations on a massive scale beginning in October 2019 persuaded the rightwing government of billionaire President Sabastian Pinero, and military leaders, that for the sake of peace in the streets they had better plan for a new Constitution.

After pandemic-related delay, the process started in October 2020 with a plebiscite for approving the convention. The next step, again delayed by the pandemic, is voting in May to select the convention delegates.

The Communist Party’s electoral coalition, carrying the name Worthy, Green, and Sovereign Chile, Worthy Chile for short, has arranged with the center-left Broad Front coalition to jointly select the leftist candidate delegates to the convention. This will be Chile’s first constitutional convention with delegates being chosen by popular vote. Fifty percent of them will be women.

Many leftists complain that the convention’s requirement for a two-thirds majority to approve constitutional provisions is a threshold so high as to stymy progressive change. Many are displeased that most delegates are tied to political parties, which are widely distrusted in Chile. They would have preferred more delegates representing social movements.

Working class Chileans have good reason to seek a new Constitution. The current one, instituted in 1980 by a military dictatorship to serve neoliberal purposes, lived on after dictator Pinochet departed in 1990. Subsequent governments, even socialist ones, have had to bend to its rules.

That Constitution instituted “radical neoliberalism,” according to the Council on Hemispheric Affairs. It “privatized fundamental aspects of the lives of Chileans, …  imbued principles of profit and capital investment in such key and sensitive sectors as education, healthcare, pensions, labor regulations, and other socially vital areas of the economy.”

According to the report, “Chile is now one of the most dramatic examples of social and economic inequality on the planet; … the richest 1% of Chileans hold 26% of the nation’s wealth … Chile ranks seventh among the most unequal countries on the planet.”

One observer notes that Chile “is the first country in the world to have privatized its sources and management of water.” Another claims that 4000 very wealthy families ultimately determine most of what happens in Chile, which necessarily would include actions of the notably cruel and corrupt militarized police known as carabineros.

Daniel Jadue represents a different Chile. The Communist Party’s Central Committee on April 24 announced that the Party would shortly be advancing Jadue as the most appealing candidate for left-leaning political parties in the upcoming presidential election.  Jadue “has aroused full, cross-the-board support from a large segment of our society,” remarked Communist Party President Guillermo Teillier.

Of Palestinian heritage, Jadue prepared in sociology, architecture, and urban planning; headed the Palestinian Youth Organization of Latin America until 1993; and that year joined Chile’s Communist Party. Born in Recoleta in 1967 and mayor since 2012, Jadue told an interviewer in 2019 that, “We are a very diverse and multicultural community [and] home to large portions of the Santiago’s informal sector.” Recoleta municipality or “commune,” population 162,000, is part of greater Santiago.

The interviewer praises Jadue as “one of the most important figures on the Latin American left.” He thinks “Jadue’s administration is building a laboratory for communism of today and of the future.” That seems to be Jadue’s intention: “In Recoleta, we want to form an open-door state, wherein all that matters are its citizens … We are nothing more than humble employees of the citizenry, those who truly constitute the state. Therefore, whenever our citizens come to us with a problem, we do everything in our power to solve it.”

Jadue describes what’s been done. About the “Open School,” for example, he reports that “some young men came to us, saying they wanted to get off the streets …So, we [are] keeping schools open until 10:00 PM daily, and over the weekend as well. This gave the whole community the opportunity to make use of the spaces as they saw fit …  Our plan is to create an open university that offers anyone in the community access to free university classes in every subject area. Almost 70 percent [of the activities] are self-directed, by both the older and younger people who attend.”

He turns to health care changes: “We had very few doctors in the community and just four medical offices …That’s one medical practice per every 40,000 inhabitants…. So, [we sought] to increase the number of doctors from eleven to forty. But we then ran into problems with overcrowding …We built two medical attention hubs for noninvasive primary care at each of Recoleta’s neighborhood councils. We were able to provide 75 percent of senior citizens with medical access within three blocks of their residence.”

About “the people’s pharmacy project,” Jadue recalls that, “Our residents told us scarcity and high prices were making medication the second biggest obstacle to proper care in Recoleta …Specialized medications were too expensive [and] Recoleta had only two pharmacies …Chilean law prohibits the state from engaging in any kind of commerce … [so we formed] a consumer’s cooperative, with the goal of driving down the cost of medication … Now, Communes of every stripe [throughout Chile] have people’s pharmacies.”

Asked about the “optician program,” he states that, “we are selling 250 pairs [of glasses] a week now. And, “one last health-related service we offer is our people’s dentistry program. We have dentists who take mobile kits out into the community”

At “the people’s bookstore … all kinds of books are sold … all at an extremely low price. The municipality was able to cover all operational costs, paying for the location, salaries, and all the bills. We can then pass these savings on to the public, selling books at the same price we got them for from the publisher or distributor.”

To further accessible housing, Recoleta inaugurated its “Social Justice 1” condominium in June 2020. The structure, which cost $1.2 million USD to build, contains 38 rent-subsidized, three-bedroom apartments. “Today in the condominium, 95% of the beneficiaries of the project are women and, of them, 31 % were victims of family violence.”

Reflecting on changes in Recoleta, Jadue maintains that, “A socialism that doesn’t govern any better than the Right has no future, nor any right to guide society’s destiny. If socialism wants an opportunity, it will have to be much more democratic, much more effective, and much more efficient.”

He points out that, “the Communist Party has been undergoing a resurgence. The accomplishments of local Communist governments have given citizens a renewed hope in the party — not just in Recoleta, but also in Diego de Almagro, La Ligua, Los Vilos, Canela, Quilicura, and Cerro Navia.”

Overall, “The goal of our Communist administration is to fundamentally transform the state. As it currently exists, it functions purely as a vehicle for class domination. Its structures are completely impervious to the expectations and needs of its citizenry.” 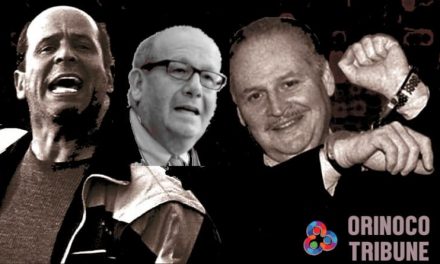 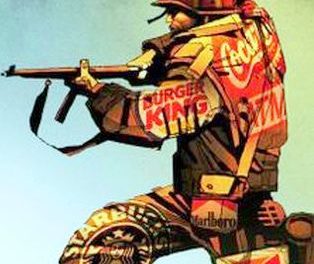