The New York Times reported. ÂThis week, North KoreaÂs young leader, Kim Jung-un, ordered his underlings to prepare for a missile attack on the United States. He appeared at a command center in front of a wall map with the bold, unlikely title, ÂPlans to Attack the Mainland U.S.Â Earlier in the month, his generals boasted of developing a ÂKorean-styleÂ nuclear warhead that could be fitted atop a long-range missile.Â

The U.S. is well aware North KoreaÂs statements are not backed up by sufficient military power to implement its rhetorical threats, but appears to be escalating tensions all the same. South Korean President Park Geun-hye also realizes the threats are rhetorical but declared: "We should make a strong and immediate retaliation without any other political considerations if [the North] stages Pyongyang obviously has another objective in mind.

IÂll have to go back a bit to explain the situation. Since the end of the Korean War 60 years ago, the WorkerÂs Party government of the Democratic PeopleÂs Republic of Korea (DPRK or North Korea) has repeatedly put forward virtually the same four proposals to the United States. They are:

1. A peace treaty to end the Korean War.
2. The reunification of Korea, which has been ÂtemporarilyÂ divided into North and South since 1945.
3. An end to the U.S. occupation of South Korea and a discontinuation of annual month-long U.S-South Korean war games.
4. Bilateral talks between Washington and Pyongyang to end tensions on the Korean peninsula.

The U.S. and its South Korean protectorate have rejected each proposal over the years.

As a consequence, the peninsula has remained extremely unstable since the 1950s. It has now reached the point where Washington has used this yearÂs war games, which began in early March, as a vehicle for staging a mock nuclear attack on North Korea by flying two nuclear-capable B-2 Stealth bombers over the region March 28. Three days later, the White House ordered F-22 Raptor stealth fighter jets to South Korea, a further escalation of tensions. Here is what is behind the four proposals.

1. The U.S. refuses to sign a peace treaty to end the Korean War. It has only agreed to an armistice. An armistice is a temporary cessation of fighting by mutual consent. The armistice signed July 27, 1953, was supposed to transform into a peace treaty when Âa final peaceful settlement is achieved.Â The lack of a treaty means war could resume at any moment. Â North Korea does not want a war with the U.S., history’s most powerful military state. It wants a peace treaty and diplomatic recognition from Washington.

2. Two Koreas exist as the product of an agreement between the USSR (which bordered Korea and helped to liberate the northern part of country from Japan in World War II) and the U.S., which occupied the southern half.Â  Although socialism prevailed in the north and capitalism in the south, it was not to be a permanent split. The two big powers were to withdraw after a couple of years, allowing the country to reunify. Russia did so; the U.S. didnÂt. Then came the devastating three-year war in 1950.

Since then, North Korea has made several different proposals to end the separation that has lasted since 1945. The most recent proposal, I believe, is Âone country two systems.Â This means that while both halves unify, the south remains capitalist and the north remains socialist. It will be difficult but not impossible. Washington does not want this. It seeks the whole peninsula, bringing its military apparatus directly to the border with China, and Russia as well.

3. Washington has kept between 25,000 and over 40,000 troops in South Korea since the end of the war. They remain Â along with AmericaÂs fleets, nuclear bomber bases and troop installations in close proximity to the peninsula Â a reminder of two things. One is that ÂWe can crush the north.Â The other is ÂWe own South Korea.Â Pyongyang sees it that way Â all the more so since President Obama decided to ÂpivotÂ to Asia. While the pivot contains an economic and trade aspect, its primary purpose is to increase AmericaÂs already substantial military power in the region in order to intensify the threat to China, but next door North Korea is well within this dangerous periphery .

4. The Korean War was basically a conflict between the DPRK and the U.S. That is, while a number of UN countries fought in the war, the U.S. was in charge, dominated the fighting against North Korea and was responsible for the deaths of millions of Koreans north of the 38th parallel dividing line. It is entirely logical that Pyongyang seeks talks directly with Washington to resolve differences and reach a peaceful settlement leading toward a treaty. The U.S. has consistently refused. These four points are not new. They were put forward in the 1950s.

I visited the Democratic PeopleÂs Republic of Korea as a journalist for the (U.S.) Guardian newspaper three times during the 1970s for a total of eight weeks. Time after time, in discussions with officials, I was asked about a peace treaty, reunification, withdrawal of U.S. troops from the south, and face-to-face talks. The situation is the same today. The U.S. wonÂt budge. Why not?

Washington wants to get rid of the communist regime before allowing peace to prevail on the peninsula. No Âone state, two systemsÂ for Uncle Sam, by jingo! He wants one state that pledges allegiance to Â guess who? In the interim, the existence of a ÂbellicoseÂ North Korea justifies WashingtonÂs surrounding the north with a veritable ring of firepower.

A ÂdangerousÂ DPRK is also useful in keeping Tokyo well within the U.S. orbit and in providing another excuse for once-pacifist Japan to boost its already formidable arsenal. The U.S.-South Korea war games in March were preceded in February U.S.-Japanese war games named ÂIron Fist.Â In both cases Washington implicitly demonstrated it would stand with Seoul or Tokyo and against Pyongyang or Beijing if push came to shove. The U.S.-Japanese effort was aimed at capturing an imaginary island Â a direct military warning to China, which claims possession to the Senkaku Islands, as does Japan.

According to a Feb. 15 article from Foreign Policy in Focus by Christine Hong and Hyun Le: ÂFraming of North Korea as the region’s foremost security threat obscures the disingenuous nature of U.S. President Barack Obama’s policy in the region, specifically the identity between what his advisers dub Âstrategic patience,Â on the one hand, and his forward-deployed military posture and alliance with regional hawks on the other.

Examining Obama’s aggressive North Korea policy and its consequences is crucial to understanding why demonstrations of military might Â of politics by other means, to borrow from Carl von Clausewitz Â are the only avenues of communication North Korea appears to have with the United States at this juncture.Â

Brian Becker, leader of the antiwar Â ANSWER Coalition leader, noted March 31: ÂThe Pentagon and the South Korean military today Â and throughout the past year Â have been staging massive war games that simulate the invasion and bombing of North Korea. Few people in the United States know the real situation.

The work of the war propaganda machine is designed to make sure that the American people do not join together to demand an end to the dangerous and threatening actions of the Pentagon on the Korean Peninsula. ÂThe propaganda campaign is in full swing now as the Pentagon climbs the escalation ladder in the most militarized part of the planet. North Korea is depicted as the provocateur and aggressor whenever it asserts that they have the right and capability to defend their country.

Even as the Pentagon simulates the nuclear destruction of a country that it had already tried to bomb into the Stone Age, the corporate-owned media characterizes this extremely provocative act as a sign of resolve and a measure of self-defense.Â And from Stratfor, the commercial intelligence group that is often in the know: ÂMuch of North Korea’s behavior can be considered rhetorical, but it is nonetheless unclear how far Pyongyang is willing to go if it still cannot force negotiations through belligerence.Â The objective of initiating negotiations with the U.S. is here taken for granted.

PyongyangÂs ÂbellicosityÂ is almost entirely verbal Â several decibels too loud for many ears, perhaps Â but North Korea is a small country in difficult circumstances that well remembers the extraordinary brutality Washington visited up the territory in the 1950s. Millions of Koreans died. The U.S. carpet bombings were criminal. North Korea is determined to go down fighting if it happens again, but hopes their preparedness will avoid war and lead to talks and a treaty. Their large and well-trained army is for defense. The purpose of the rockets they are building and their talk about nuclear weapons is principally to scare away the wolf at the door.

In the short run, the recent inflammatory rhetoric from Kim Jong-un is in direct response to this yearÂs month-long U.S.-South Korea war games, which he interprets as a possible prelude for another war. KimÂs longer run purpose is to create a sufficiently worrisome crisis that the U.S. finally agrees to bilateral talks leading to a peace treaty, an end to WashingtonÂs sanctions, the normalization of trade relations, and removal of foreign troops from the south.

Some form of reunification could come later in talks between north and south. The present confrontations will simmer down with the end of this yearÂs provocative war games.

The Obama Administration has no intention to create the conditions leading to a peace treaty Â especially now that White House attention seems riveted on East Asia where it perceives an eventual risk to its global geopolitical supremacy. 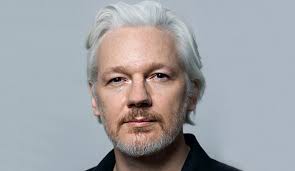 UN Rapporteur on the Assange Case: “A Murderous System Is Being Created Before Our Very Eyes”