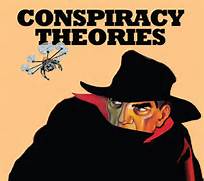 That is, if they have the right targets…

By Adam Johnson, Fairness and Accuracy in Reporting (FAIR)

Former British Conservative MP Louise Mensch has become something of a celebrity of late in anti-Trump media. In the past two weeks, Mensch has been touted by former head of the Democratic National Committee Donna Brazile and prominent Harvard Law Professor Laurence Tribe, and appeared on MSNBC (3/11/17), the New York Times op-ed page (3/17/17) and HBO’s Real Time With Bill Maher (3/24/17).

All this despite the fact that she routinely traffics in the most bizarre and unfounded conspiracy theories.With her rise to prominence as a commentator on the Trump/Russia story, and seemingly dozens of editors and producers giving her their tacit approval, one is compelled to ask: What exactly would Louise Mensch have to say to be discredited?

Here is an incomplete list of outlandish claims made by Mensch over the past six months, mostly on Twitter, that have thus far not removed her from polite society:

When confronted by BBC host Andrew Neil (3/12/17) about her more outlandish claims, Mensch insists that what she tweets is simply a “belief” and not a “report” of the sort which appear on her website—the Dow Jones-owned Heat Street.”Just to be clear,” Neil asked incredulously. “If it’s Twitter we don’t believe, but if it’s on your website, we should.” He then insisted that claims “should be backed up by evidence,” to which Mensch replied: “Really? Do you have a faith?”

Avoidance of unsubstantiated conspiratorial speculation is seen as a requirement for respectable news outlets. When Russia Today critics want to distinguish RT from other government-funded networks, for example, they insist that the others don’t give credence to conspiracy theorists. “Russia Today’s second mission is to spread conspiracy theories,” lamented the Guardian’s Nick Cohen in 2014, “that help Russian power and provide sensational audience-grabbing stories.”

As an example, Cohen offers the claim that “Ukrainians who oppose Putin are fascists.” Despite the fact that this is partly based on a truth—there were, in fact, fascists involved in the 2014 overthrow of the Ukrainian government (FAIR.org, 3/7/14)—this is a drop in the ocean compared to Mensch’s increasingly sprawling web of Putin’s global puppeteering.

What does her rise as a credible source on all things Trump/Russia say about US media? Louise Mensch and Chris Hayes on Real TimeChris Hayes did seem a bit nonplussed on Real Time when Louise Mensch claimed “Russian partisans” were spreading Islamophobia in the streets of London.

On Real Time, Mensch insisted, without an ounce of evidence or follow-up from the host, that “Russian partisans were out in the streets” blaming immigrants for the London attack, and hardly anyone in the media batted an eye.The reality is the acceptability of conspiracy theories depends on whom the theory is directed at. The greatest, most consequential conspiracy theory of our generation was that Saddam Hussein had a secret Weapons of Mass Destruction program and was plotting to attack the US. The narrative met all the criteria for a good conspiracy theory—cherry-picked evidence, spurious dot-connecting, the rejection of inconvenient facts—but was widely embraced by most of the Western pundit class. Indeed, those who peddled it the hardest were not only allowed to remain in polite society, they were elevated to the highest positions in US media.

And someone who operated on the most radical fringes of this conspiracy—arguing that Saddam Hussein was secretly in league with Al Qaeda—is today held up by the New York Times (3/26/17; FAIR.org, 3/28/17) as a clear champion of truth in the age of “fake news.” New York Times illustration of Kremlin and White House (image: Francis Ben)New York Times illustration of Louise Mensch’s op-ed “connecting the dots” between Kremlin and White House. But is she coloring outside the lines? (image: Francis Ben)

Which brings us back to Louise Mensch, who often appears to be openly hucksterish. As Current Event’s Nate Robinson and Alex Nichols (3/22/17) note in their excellent breakdown of her grift, Mensch is somewhat self-aware at how unhinged she has become, telling the Times of London the following anecdote earlier this month:These days when anything goes wrong in our house, one of my kids will say: “Is it the Russians?” It’s a standing joke. “Pizza went cold. Is it the Russians?”

Like Trump, Mensch occasionally lets out a wink and a nod that she’s in on the scam, and, also like Trump, she knows her loyal, hyper-partisan followers don’t really care. She tells them what they want to hear, and they in turn feed off her increasingly tantalizing dot-connecting, each legitimizing the other.

Which would be relatively harmless if she remained in the confines of her Twitter echo chamber, but Mensch is increasingly being legitimized by mainstream centrist and liberal media, whose standards for claims of Russian skullduggery have sunk to tabloid levels. The question is: How far down the speculative rabbit hole does Mensch have to go, how extreme a conspiracy does she have to peddle, to once and for all be discredited?

Adam Johnson is a contributing analyst for FAIR.org. He can be found on Twitter at @AdamJohnsonNYC.Read the original post here.