The various organs of the Deep State, including the corporate media, work hard to convince the public that the Deep State does not exist. (Kind of like that story about the Devil.) In fact, the Deep State runs the show. “The truth is that an oligarchy rules, and makes war on whomever it chooses — internationally and domestically — for the benefit of corporate capital.” It has neutralized a sitting president, less than two months in office.

The Deep State is busy denying that it exists, even as it savages a sitting president and brutally bitch-slaps its host society, demanding the nation embrace its role as global psycho thug and kick some Russian ass. The New York Times, always available to divert attention from the essential facts of who rules America, points to Egypt, Turkey and Pakistan as the natural habitats of Deep States. Apparently, Deep State-infected countries tend to be nations with majority Muslim populations, whose military-intelligence apparatus hovers over society and periodically seizes control of the civil government.

The Times quoted high-ranking operatives of the Deep State to prove that such structures are alien to the U.S. Michael V. Hayden, who ran the CIA under Democratic President Obama and Republican George Bush, recoiled at the term. He “would never use” the words Deep State in connection with his own country. “That’s a phrase we’ve used for Turkey and other countries like that, but not the American republic.”

Loren DeJonge Schulman, a former Obama National Security Council official, claimed to be repelled by the very idea of an American Deep State. “A deep state, when you’re talking about Turkey or Egypt or other countries, that’s part of government or people outside of government that are literally controlling the direction of the country no matter who’s actually in charge, and probably engaging in murder and other corrupt practices,” she said.

Apparently, Ms. Schulman did not consider it murder when Obama and his top national security advisors met every Tuesday at the White House to decide who would be assassinated by drone or other means. But she is “shocked” to hear “that kind of [Deep State-phobic] thinking from” President Trump “or the people closest to him.”

Once the Times had located the nexus of Deep Statism in the Muslim world, the lesser lights at The New Yorker endorsed the corporate media consensus that the U.S. is Deep State-free. Staff writer David Remnick admits that U.S. presidents “have felt resistance, or worse, from elements in the federal bureaucracies,” citing Eisenhower’s warnings against the military-industrial complex, Lyndon Johnson’s “pressure from the Pentagon,” and the “rebuke” of Obama’s Syria policy through the State Department’s “dissent channel.” However, he denies that any “subterranean web of common and nefarious purpose” threatens the orderly and transparent processes of the U.S. political system.

In reality, the U.S. Deep State is by far the world’s biggest and most dangerous version of the phenomenon; a monstrous and not-so subterranean “web of common and nefarious purpose” that is, by definition, truly global, since its goal is to rule the planet. Indeed, the Deep States of Turkey, Egypt and Pakistan — all nominal U.S. allies – are midgets in comparison and must operate in a global environment dominated by Washington’s Deep State apparatus. So vast is the imperial Deep State, that its counterparts in other nations exist largely to collaborate with, resist, or keep tabs on the U.S. behemoth, the predator that seeks to devour all the rest.”

What is a Deep State? The U.S. Deep State is unlike any other, in that there is no other global superpower bent on world domination. (Washington’s political posture is also unique; no other nation claims to be “exceptional” and “indispensable” and thus not subject to the constraints of international law and custom.) Indeed, the U.S. is so proudly and publicly imperialist that much of what should be secret information about U.S. military and other capabilities is routinely fed to the world press, such as the 2011 announcement that the U.S. now has a missile that can hit any target on the planet in 30 minutes, part of the Army’s “Prompt Global Strike” program. Frightening the rest of the world into submission — a form of global terrorism — is U.S. public policy.

However, arming and training Islamic jihadist terrorists to subvert internationally recognized governments targeted by the U.S. for regime change is more than your usual variety of covert warfare: It is a policy that must forever be kept secret, because U.S. society would suffer a political breakdown if the facts of U.S. and Saudi nurturing of the international jihadist network were ever fully exposed. This is Deep State stuff of the highest order. The true nature of U.S. foreign policy in the 21st century, and the real character of the current wars in Syria and Iraq, must be hidden from the U.S. public at all cost. An alternative reality must be presented, through daily collaboration between corporate media, corporate universities, and the public and covert organs of the U.S. State.

What part of the New York Times coverage of the war against Syria is a lie? Damn near all of it. What role does the Deep State play in crafting the lies dutifully promulgated by the corporate media? That’s impossible to answer, because the Deep State is a network of relationships, not a clearly delineated zone or space or set of organizations.

The best way to describe the imperial Deep State is: those individuals and institutions that are tasked with establishing the global supremacy of the corporate ruling class. Such activities must be masked, since they clash with the ideological position of the ruling class, which is that the bourgeois electoral system of the United States is the world’s freest and fairest.

The official line is that the U.S. State is a work of near-perfection, with checks and balances that prevent any class, group or section from domination over the other. The truth is that an oligarchy rules, and makes war on whomever it chooses — internationally and domestically — for the benefit of corporate capital.

The Deep State and its corporate imperatives manifestly exists when corporate lobbyists and lawyers are allowed to draw up the Trans Pacific Partnership global “trade” agreement, but the contents are kept secret from the Congresspersons whose duty is to vote on the measure. The Deep State is where corporate power achieves its class aims outside the public processes of government. It’s where the most vicious class warfare takes place, whether on a foreign killing field, or in the corporate newsroom that erases or misrepresents what happened on that battlefield.

At this stage of capitalism, the U.S. ruling class has less and less use for the conventional operations of the bourgeois state. It cannot govern in the old way. More and more, it seeks to shape events through the levers of the collaborating networks of the Deep State. It’s number one global priority is to continue the military offensive begun in 2011, and to break Russia’s resolve to resist that offensive.

The ruling class and its War Party, now consolidated within the Democratic Party and regrouping among Republicans, have effectively neutralized a sitting president whose party controls both Houses of Congress, less than two months into his term.

Only a Deep State could pull that off. 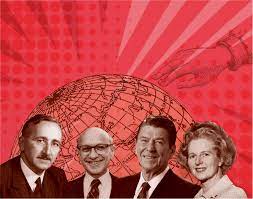 Towards a New Political Order 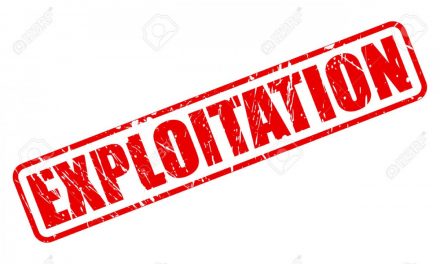