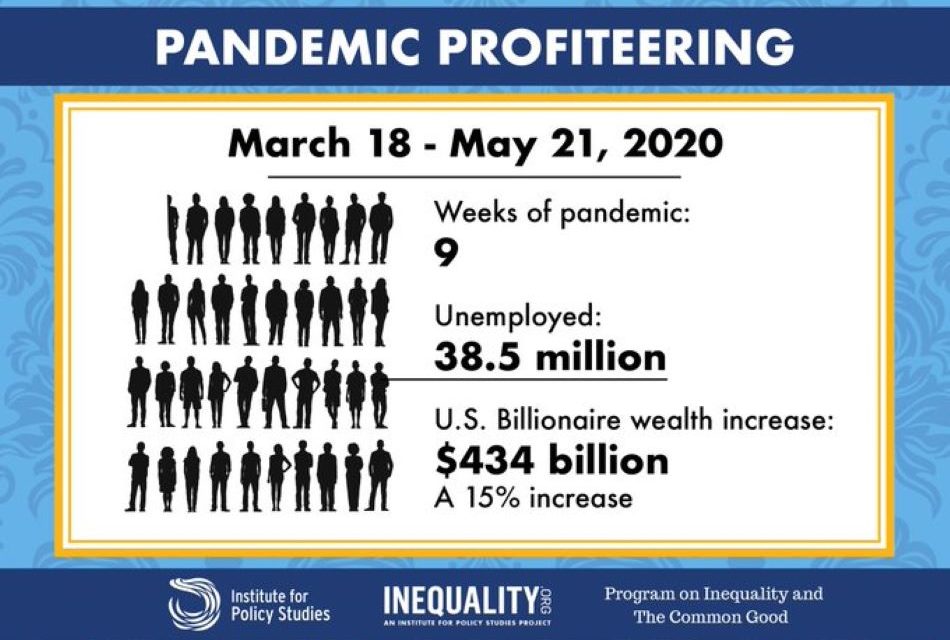 “While millions risk their lives and livelihoods as first responders and frontline workers, these billionaires benefit from an economy and tax system that is wired to funnel wealth to the top.”

America’s billionaires saw their combined net worth soar by $434 billion between March 18 and May 19 while the coronavirus pandemic killed tens of thousands of people and ravaged the U.S. economy, forcing more than 30 million out of work.

That’s according to an analysis released Thursday by Americans for Tax Fairness (ATF) and the Institute for Policy Studies (IPS) titled “Tale of Two Crises: Billionaires Gain as Workers Feel Pandemic Pain.”

The report shows that the five wealthiest billionaires in the U.S. — Jeff Bezos of Amazon, Bill Gates of Microsoft, Mark Zuckerberg of Facebook, Warren Buffett of Berkshire Hathaway and Larry Ellison of Oracle — saw their collective wealth grow by a total of $75.5 billion between March 18 and May 19, a 19 percent jump.

ATF and IPS pinpoint March 18 as “the rough start date of the pandemic shutdown, when most federal and state economic restrictions were in place.”

Bezos — the world’s richest man — saw his wealth jump by nearly $35 billion in the two-month period. Yet even as Bezos’s fortune continues to grow, Amazon announced last week that it will not extend $2-an-hour hazard pay for warehouse workers beyond the end of May.

“The pandemic has revealed the deadly consequences of America’s yawning wealth gap, and billionaires are the glaring symbol of that economic inequality,” Frank Clemente, ATF’s executive director, said in a statement.

Chuck Collins, director of the IPS Program on Inequality, said “the surge in billionaire wealth during a global pandemic underscores the grotesque nature of unequal sacrifice.”

“While millions risk their lives and livelihoods as first responders and front line workers,” said Collins, “these billionaires benefit from an economy and tax system that is wired to funnel wealth to the top.”

Jake Johnson is a staff writer for Common Dreams.

This article is from Common Dreams. 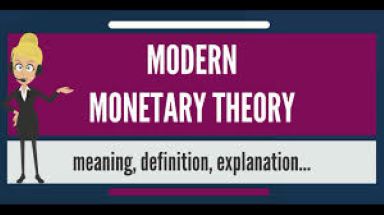