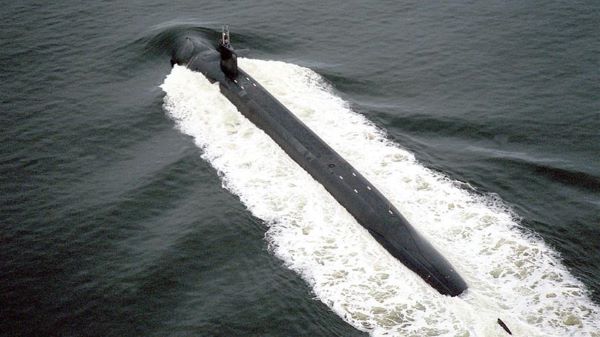 The Communist Party of Britain and the Communist Party USA declare their support and solidarity with the Communist Party of Australia which has called on its members and supporters and all peace-loving men and women to actively oppose the Government’s decision to join the AUKUS agreement; to buy nuclear-powered submarines; to purchase cruise missiles and other offensive weapons; and for Australia to host more US troops, warships, weapons, and planes.

AUKUS is a response to changes in the global economy which are promoting a direct challenge to neoliberal norms of government across the globe. The US is determined to maintain its political and economic hegemony in the economically expanding Asia-Pacific region.

In the face of declining US economic power, AUKUS aims to tie Australia even more tightly to US imperialism’s plans to contain and control the People’s Republic of China and to consolidate Australia as a US launching pad for coercion and even war.

The US and UK feel the world slipping through their fingers, prompting ever greater aggressiveness, rather than face economic and geopolitical reality. Instead of seeking to peacefully join a multilateral world as equal partners, they are turning to military alliances to try to hold onto their fading power.

AUKUS is an aggressive and destabilizing military alliance which jettisons what vestiges of sovereignty Australia still retained. It is part of the US-led imperial system which prioritizes the rights of private investors over the sovereignty of most states.

In post-Brexit Britain AUKUS feeds Prime Minister Johnson’s dream of aggressive expansionism for a “global Britain.” The UK already has a strike group in the South China Sea. This will not be welcome, as British imperialism was particularly brutal in the Asia-Pacific region, from impoverishing India to starting the Vietnam War, to laying the basis for ethnic conflicts in Fiji and Sri Lanka and inflicting near genocide on the Aboriginal owners of Australia and the Maori of Aotearoa.

The governments of our three countries rob jobs, education, the environment, the vital health budget, welfare, and much more to pay for unnecessary war preparations that benefit only the armaments corporations.

Military spending does create some jobs but not nearly as many jobs as a comparable investment in productive industry. In the US $1 billion of federal investment in the military creates 11,200 jobs, whereas the same investment in clean energy technology would yield 16,800, in health care 17,200, and in education 26,700 jobs.

Working people need work that creates benefits for the people of the world, not work that produces more efficient people-killing machines. Rather than sinking resources into the creation of tools that further destroy resources, both people and goods, production that meets human needs is required.

Many Asia-Pacific nations have only recently emerged from a long period of oppressive European imperialism. Many view AUKUS as an attempt to re-impose an imperialist dominated military and economic hegemony in the region. Inevitably, tensions will increase, as already suggested by the Indonesian and Malaysian responses to AUKUS.

The introduction of nuclear-powered submarines opens the way for the development of an Australian nuclear power industry and for a nuclear weapons capacity.  All this weakens current non-proliferation agreements and threatens independence, security, and the environment in the Asia-Pacific region.

►Australia, the UK, and the USA must sign and implement the United Nations Treaty on the Prohibition of Nuclear Weapons.

►An end to military alliances and their replacement with multilateralism, diplomacy, and cooperation with China to address the existential threats of the pandemic and the climate crisis.

►Cuts to military budgets and an end to the economic drain of military spending and its replacement with profitable peace-time economies creating useful consumer goods.

Nothing less than the future of our planet depends on ending the new Cold War between the United States and China.