HAVANA (Reuters) – The U.S. trade embargo against Cuba has gotten tougher under U.S. President Barack Obama, not more lenient as many had expected when he took office, a top Cuban official said on Wednesday.

"The embargo policy in the last two years, which is to say under the government of President Obama, has not changed at all," Rodriguez said in a press conference. "In some aspects, it has even hardened."

In terms of U.S. policy toward Cuba, Obama had performed "below expectations that had been created in the international community and American public opinion," Rodriguez said.

Rodriguez said the embargo has cost Cuba $751 billion over the years, adjusted for inflation and the changing value of the dollar.

"It is, without any doubt, the primary obstacle to the economic development of our country," he said.

The United Nations is scheduled to hold its annual vote on a resolution condemning the embargo on October 26. Last year, only three countriesÂthe United States, Israel and PalauÂvoted against the measure.

The embargo, said Rodriguez, "is a museum piece of the Cold War. It is, moreover, a failed policy."

The embargo was fully imposed in 1962, with the aim of toppling the communist government put in place by Fidel Castro after he took power in a 1959 revolution.

The embargo prohibits most trade with Cuba, with exceptions for agricultural products and medicine.

Obama spoke early on of improving relations with Cuba, but insisted the embargoÂ which Cuba calls a "blockade"Âwould stay in place until the Caribbean island improved its human rights and released political prisoners.

He has eased the embargo slightly by removing restrictions on Cuban Americans traveling to the island and the amount of money they can send to their family members in Cuba.

There has been more leniency, too, in granting of licenses for visits by U.S. performers and academics, but progress has stalled since Cuba detained a U.S. contractor in December on suspicion of espionage.

The contractor, Alan Gross, remains behind bars in Cuba, without formal charges. The U.S. says he was not a spy, but was in Cuba installing Internet services for Jewish groups.

Rodriguez was questioned about Gross, but he responded only that the embargo is a unilateral act by the U.S. and must be lifted immediately and without conditions. 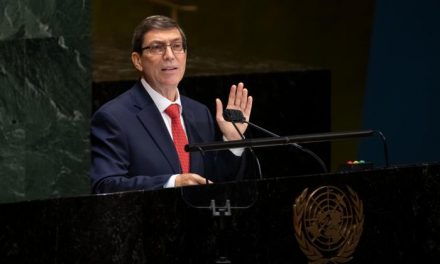 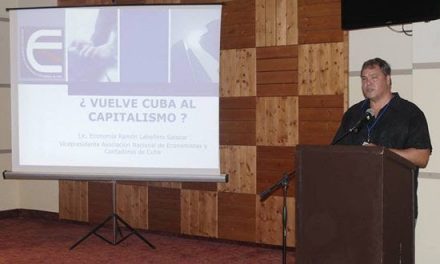