Editor’s note: the following video is part 1 of a series of 6 successive videos . Videos 2 through 6 can be found on the right of the screen.

Since the collapse of the Soviet Union in 1991, the West has purposefully ignored the devastation which resulted. The West merely shrugged its shoulders in 2005 when Putin called the collapse "the greatest geopolitical catastrophe of the 20th century."

A once great country is now nearing terminal collapse. By 2050 Russia may have lost 50% of its population. Male life expectancy has plummeted as never before in recorded history. It is now 56.

In this chaos opportunism has reached new depths. Oligarchs stole billions of dollars of assets which under Soviet times had belonged to all people. These are like new tsars, embraced by church and state.

Violence and the rise of the far-right is turning Russian against Russian on the basis of ethnic origin.

Drug abuse, alcoholism, suicide, abject depression flow from a people who once worked together for a better and brighter Communist future. In its place is emptiness.

"The rise in mortality is unprecedented in a developed country. It’s as though the country is at war" 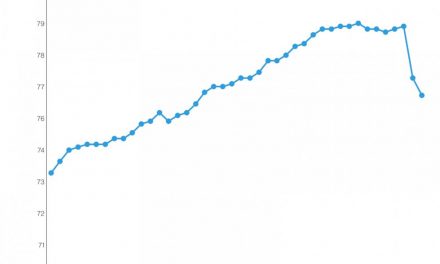 US Life Expectancy Falls to Lowest Levels Since 1996