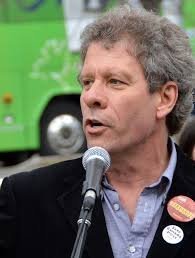 In September, Canadian Labour Congress Vice President Donald Lafleur attended the Third International Trade Union Forum in Solidarity with Syrian Workers, in Damascus. While there, he criticized the sanctions that the United States and its NATO allies, including Canada, have imposed against the Syrian people. In response, CLC President Hassan Yussuff publicly criticized Lafleur and placed him on administrative leave from his elected responsibilities.

In contrast to the CLC leadership’s efforts to throw Lafleur under the “Opportunism Express” bus, a group of progressive trade unionists took a more upright approach – they launched a campaign to get labour organizations to send letters to the CLC, encouraging the Canadian union central to defend Lafleur and, in the process, take a stand for peace and international solidarity. This campaign has received endorsement from many progressives across Canada and in the United States.

Lafleur’s disciplinary case will soon be heard by the CLC’s Executive Council and Canadian Council. In anticipation of these meetings, Lafleur sent the following letter to Yussuff:

I am writing to set the record straight regarding my participation in the Third International Trade Union Forum held in Damascus, Sept. 8-9, 2019. The Forum’s focus was: “Solidarity with Syrian Workers and People to Confront the Economic Sanctions, Imperialist Intervention and Terrorism.” Organized by the General Federation of Trade Unions in Syria in cooperation with the International Confederation of Arab Trade Unions (ICATU) and World Federation of Trade Unions (WFTU), the Forum attracted over 250 delegates representing labour, civil society, international solidarity, peace groups and journalists from around the world, primarily the Global South.

During my trip, I took the opportunity to visit Palestinian refugee camps in Lebanon and meet activists, including the official representative of the PGFTU in Lebanon. There, we heard about mass protests in opposition to the right-wing Lebanese Labour Minister to impose punitive conditions on Palestinian workers and their employers before commencing employment and even to prohibit Palestinians from occupying certain occupations altogether. These conditions will cause further immiseration of Palestinian refugees in Lebanon since the creation in 1948 of the State of Israel.

My participation in the Forum, well known to you in advance of my departure to Syria, was purely in my personal capacity. I went on my own vacation leave and didn’t charge a penny of travel expenses to the CLC. As a Canadian, I have the right to travel to Syria and evaluate the situation with my own two eyes. I was not there in any official capacity as Vice President of the Canadian Labour Congress or any of its affiliates. I want to acknowledge, however that you advised me to avoid speaking publicly as it might be misunderstood, given my CLC position.

At the Forum, I did not deliver any public address to the assembled delegates. I was approached by an international news agency to speak about my views of the economic sanctions on Syria. In a short quote, I indicated that “sanctions are completely unacceptable and that the Canadian labour movement does support the people of Syria and we are here to put pressure to take the sanctions away.” I mistakenly thought that saying “the Canadian labour movement” to a Venezuelan reporter in the short interview was broad enough, given the position the CLC had taken on the Venezuelan crisis but, in hindsight, and because I was identified on screen as “Canadian Labour Congress”, it was a lapse in judgment. Although what I said about sanctions wasn’t contrary to CLC policy (in fact, we don’t have a clear policy on the issue of sanctions imposed on Syria), I didn’t intend to speak for the CLC or any of its affiliates and, for that, I’d like to apologize to you.

When I agreed to attend the trade union solidarity forum in Damascus, I had very little knowledge of the real situation on the ground in Syria, and in fact held general mainstream viewpoints we hear often from pundits and official Canadian government representatives. I went there with a completely open mind and a genuine desire to learn more, especially since the CLC and its affiliates have played an important role in welcoming and supporting Syrian refugees in Canada over the past few years.

What I discovered, during my short trip to Damascus and surrounding area, and discussions with Syrians and other delegates is that there is another side to the story. In particular, I feel that, as Western labour activists and leaders, we have a responsibility to question our government’s support to forces with ties to terrorist organizations such as Al Qaeda in this bloody conflict that has led to untold misery and human cost.

As a leader and activist, I have come to realize that supporting refugees to resettle in Canada and feel welcome, although very important, is not nearly enough. Refugees would rather live in peace and prosperity in their home countries. They become refugees as a result of wars or dire economic conditions or both. In the case of Syria, millions have left the country because of the war but also because of the toll that economic sanctions have taken on them and their families.

I appeal to you and our affiliate leaders to continue to support Syrian refugees to feel welcome in Canada. I also hope that we, as a movement, can begin a discussion about the role that economic sanctions have played in the creation of the current refugee crisis around the world and, in particular, in Syria. In my opinion, current events playing out at the UN (with the Secretary-General bringing together the Syrian government and opposition forces to draft a new constitution) and in northeastern Syria (where the USA seems gradually to be withdrawing its military forces and the Kurds have come to an accommodation with Damascus) indicate that Canada’s sanctions against Syria should be lifted now and full diplomatic recognition be restored with the official government in Damascus. These moves by Canada, I believe, would hasten the end of the war in Syria.

I hope to continue the work I have done, in my capacity of Executive Vice-President, on my files such as health & safety as well as the environment. One H&S file that comes to mind is the Westray Law police e-training that will soon be available to all police forces in Canada. I believe my environmental efforts helped lead the New Democratic Party to adopt “A New Deal for Climate Action and Good Jobs” as part of its election program. I also have a lot to offer on my other files on youth and the United Way which need to be completed. I can’t wait to resume my full duties in these and other fields of benefit to the entire labour movement.

Once again, I take full personal responsibility for speaking to the media in Damascus, contrary to your advice, but hope that this lapse in judgment doesn’t take away from issues I raise in this letter and the important work we need and must engage in together to go forward. 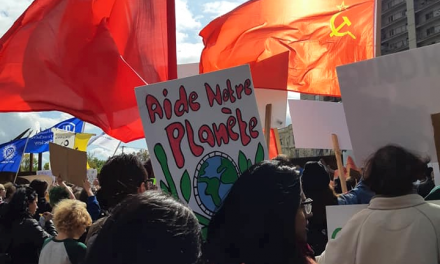