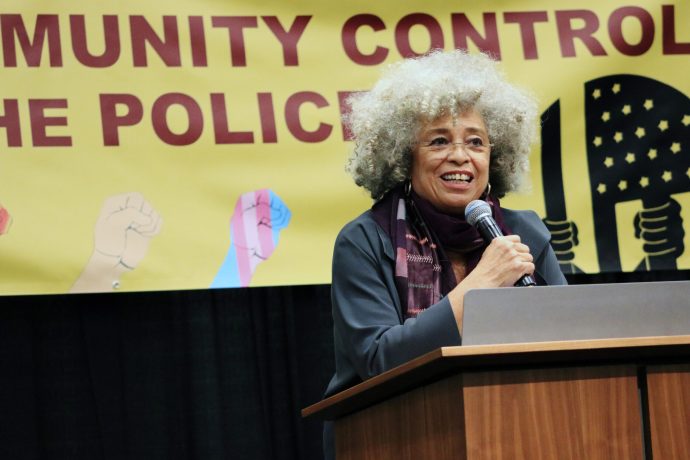 Chicago, IL – More than 1200 activists joined together November 22, at the hall of the Chicago Teachers Union, to refound the National Alliance Against Racist and Political Repression. The newly refounded Alliance will center its efforts on building the fight against police crimes and for community control of the police, and it will campaign for the release of political prisoners and the wrongfully convicted.

Longtime leaders of the Black liberation movement, Angela Davis and Frank Chapman, along with elected officials, trade unionists, and other progressive activists addressed the packed rally that opened the conference.

Whereas we called this conference to re-found the National Alliance Against Racist and Political Repression as its central purpose, therefore it is our collective resolve that we reaffirm that is the purpose of this conference; and

Whereas we issued the Call with a sense of outrage in the face of increasing racist violence and political repression towards working class and Black and Brown communities; and

Whereas we are facing a national epidemic of state sponsored violence perpetrated by police and vigilantes targeting the oppressed Black, Latinx, immigrant, indigenous, LGBTQ, non-binary, gender non-conforming, and gender fluid communities. Furthermore, Black Trans women are being harassed and killed at record rates; and

Whereas we see blatant police occupation in such major urban areas as Baltimore, Chicago, Cleveland, Dallas, Detroit, Jacksonville, Los Angeles, Milwaukee, Minneapolis, New York, Oakland, St. Paul, St. Louis, and Washington, D.C. with police being permitted by city government to commit unspeakable crimes against the people. Murders by the police, even when video-recorded, go unpunished. Police are the cutting edge of mass incarceration and the school to prison pipeline; and

Whereas, we are outraged that a detainment-to-deportation pipeline persists and grows, featuring local police working side-by-side with ICE to racially profile, hunt, and detain immigrants and then subject them to unlawful deportation with impunity. An unprecedented level of state violence has been unleashed on our southern border with Mexico, forcing masses of children, their parents, and all adults to live in wretched concentration camp conditions. Trans asylum-seekers and members of LGBTQ caravans have also been hurt and killed by border patrol police; and

Whereas, we are witnessing and fighting against the institutionalization of a U.S. police state fusing local, state and federal law enforcement in the name of countering terror under the so-called “Patriot Act.” More money goes toward police budgets while the Black community suffers from severe underdevelopment.

We continue to stand in unconditional solidarity with the Black Lives Matter movement, which is currently facing blatant racist repression through the attacks by the Department of Justice branding them “Black Identity Extremists.”

We stand with the indigenous people of this country, facing continued and heightened assaults as they defend their lands against destructive industries, especially oil and gas companies.

We stand with the Puerto Rican people in their anti-colonial resistance to the unelected fiscal control board. The nightmare of 3000 deaths resulting from devastating hurricanes, followed by neglect at the hands of the Trump regime, which exposed that Puerto Rico is not treated equal to the member states of the US.

And we stand against the intensification of national oppression of the Chicano people, who face not only the racist attacks from the White House, ICE raids, separation of families at the border, and mass deportations, but also mass incarceration and police murders; and

Whereas, we continue to struggle for our comrades who still languish in U.S. prisons after 40 years of incarceration or in exile, including: Leonard Peltier, Mumia Abu Jamal, Jalil Muntaqim, Mutulu Shakur, MOVE prisoners Delbert and Chuck Africa, and Assata Shakur and Pete O’Neal.

We also continue to fight for the pardoning of all torture survivors who were framed and kidnapped by Chicago Police officers, tortured into “confessing,” then wrongfully convicted. Our movement needs to make this an issue across the country; and

Whereas, in Chicago, our campaign for an all elected Civilian Police Accountability Council (CPAC) has become a mass demand of the people advancing the struggle for community control of the police like never before. In the city-wide elections recently held in the winter, we had 68 candidates running with a plank in their platform for community control of the police. We now have 19 members of the city council supporting CPAC; and

Whereas, the Islamophobia unleashed across the country after September 11th is now being ramped up to new heights under Trump. His presidency is the domestic reflection of the so-called War on Terror. We have stood together with Arabs and Muslims here, including in defense of our Palestinian sister, Rasmea Odeh, against deportation; at the airports against the Muslim Ban; and we have rallied around Ilhan Omar and Rashida Tlaib as they speak out against racism and Zionism; and

Whereas, militarization of our Southern border with Mexico is no longer a question of policy debated back and forth between Democrats and Republicans. It is an accomplished fact that must be confronted and changed by our movement; and

Whereas, we continue to stand in unconditional solidarity with the national liberation movements of Palestine, Puerto Rico, and the Philippines, as well as the anti-imperialist struggles of South Africa, Venezuela, and all progressive, democratic forces against imperialism.

Therefore be it resolved that this conference reestablishes the National Alliance, and a renewed Black-led, Left-led, multi-racial, multi-national movement to stop police crimes, mass incarceration, and to end racist and political repression; and

Be it further resolved that we will establish a Continuations Committee that will communicate with every organization that has endorsed and is participating in this conference to become a part of the National Alliance Against Racist and Political Repression, and everyone who has registered to become members of NAARPR; and

Be it further resolved that to achieve these ends, the Continuations Committee will engage member organizations and individual members in creating rules and bylaws and electing a national board to carry out the goals set forward by this conference; and

Be it further resolved, to achieve these ends, the conference choose an executive director. 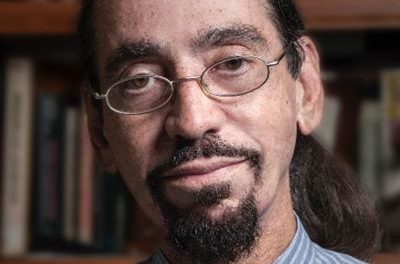