“Fidel! Fidel! Que tiene Fidel que los americanos no pueden con él!” (Fidel! Fidel! What is it that he has, that the U.S. imperialists can’t defeat him!) — Cuban Revolutionary chant

On August 13 Fidel Castro, the historic leader of the Cuban Revolution, turns 90.

Progressive, anti-war and social justice forces across the world will join in the celebration of the life of one of the world’s most influential and significant leaders. It is especially worthwhile and necessary to mark and valorize the life and times of a man whose heart, without missing a beat, has withstood more than 600 assassination attempts by U.S imperialism.

Fidel’s life and legacy loom large in world history and development. Fidel is part and parcel of the wave of the anti-colonial, national liberation and social emancipation struggles that swept Africa, Asia, Latin America and the Caribbean in the second half of the 20th century. Fidel is integral to the Cuban-born and international revolutionary and anti-imperialist tradition, theory and practice, stretching through the Taino cacique, Hatuey, Toussaint L’Overture, Simon Bolivar, José Martí, Karl Marx, Vladimir Lenin, Mao Zedong and Ho Chi Minh, among others.

Fidel does not transcend Cuba and history, as some have opined, but, instead, is ineluctably and organically bound to the deepest aspirations of the Cuban people and the demands of the times. Fidel belongs to the world. He does not stand above or outside life. Flesh and blood, brain and bone, he exemplifies the finest traditions of humanity.

His life encapsulates the struggle of the exploited and oppressed, epitomizing, as articulated by U.S. political prisoner Mumia Abu Jamal, “their historic power to transform our dull realities.

“The significance of Fidel extends beyond the geographical boundaries of Cuba. Since its inception, the Cuban Revolution has made an invaluable contribution to the global struggle for justice, social development and human dignity. Under Fidel’s leadership Cuba has established an unparalleled legacy of internationalism and humanitarianism, embodying the immortal words of José Martí: “Homeland is Humanity. Humanity is Homeland.” In southern Africa, for example, more than 2,000 Cubans gave their lives to defeat the racist apartheid regime in South Africa. Mandela never forgot. After he was released from prison, one of the first countries outside of Africa and the first country in Latin America that he chose to visit was Cuba.

Today this commitment to humanity is mirrored in the tens of thousands of Cuban medical personnel and educators who have served and continue to serve around the world. This service sees them battling in the trenches against disease and illiteracy, running the gamut from combating the Ebola outbreaks in west Africa to beating back other challenges to public health in southern Africa. No less important is the training inside Cuba of medical cadres from Asia, Africa, Latin America and the Caribbean as well as North America (including African-American communities from the largest U.S. cities).

Fidel was only 26 when on July 26, 1953 he led a group of courageous young men and women in the attack on the Moncada Barracks in the city of Santiago de Cuba, and the Carlos Manuel de Cespedes Barracks in Bayamo, an unsuccessful but valiant effort to overthrow the U.S.-supported puppet dictator Fulgencio Batista. Moncada was a catalyst for the revolutionary struggle to free Cuba from U.S. tutelage and establish authentic independence. Fidel has epitomized the unbending commitment to justice, dignity and independence that has characterized Cuba since the triumph of the Cuban Revolution on January 1, 1959, leading Cuban resistance against the unjust and genocidal economic, commercial and financial blockade imposed on the island by Washington.

No words can adequately convey the singular meaning of Fidel. By holding aloft the banners of Socialism, Justice, Peace, Internationalism and Human Dignity, the Cuban Revolution, led by Fidel, demonstrates that a better world is possible. On October 16, 1953 at his trial following the Moncada attack, Fidel laid out his vision of national independence and social justice, declaring, “Condemn me, it does not matter, history will absolve me.” Since those historic words and the subsequent unfolding of events, in a world fraught with intense challenges and dangers, history has not only absolved Fidel but also vindicated the meaning and legacy of his life. 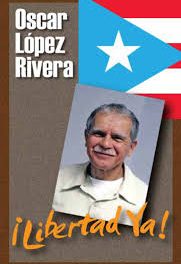 A Reply to Counter-Revolutionaries