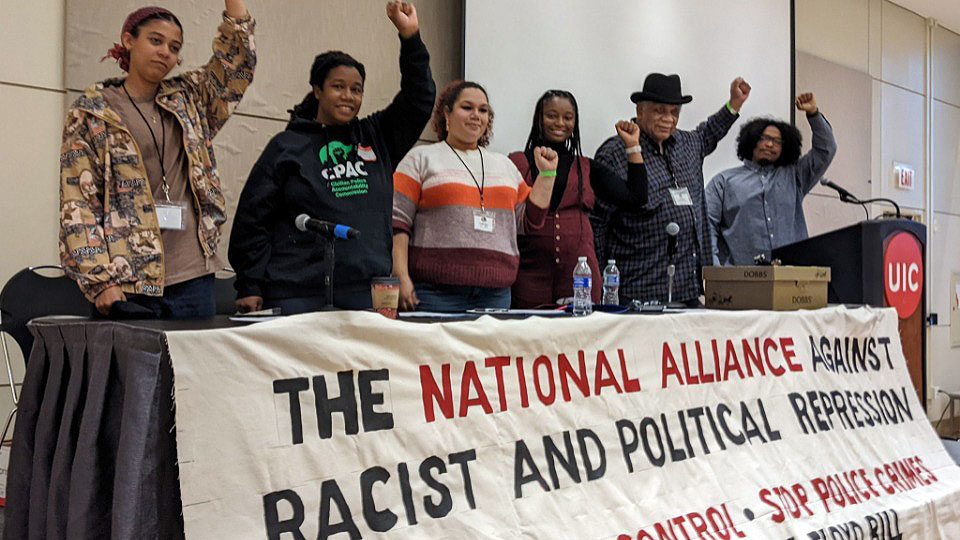 Chicago —“All power to the people!” was the slogan most often heard at the conference of the National Alliance Against Racist and Political Repression (NAARPR) held here the first weekend of December. Over 140 delegates from 30 organizations attended.

The spirit of struggle burning in the hearts of anti-racist, justice-loving people during the 2020 Minneapolis-centered uprising, responding to George Floyd’s murder by police officer Derek Chauvin, has been carried forward in struggles around too many police murders. It lives on in the NAARPR coalition’s commitment to continuing the struggle to assert community control over the police and end wholesale police murders of Black and other oppressed peoples in the communities they are sworn to protect.

NAARPR grew out of the struggle to free Angela Davis and all political prisoners in the 1970s. It defines itself in its by-laws, ratified by the conference delegates, as a “national mass defense organization to fight for community control of the police, to build a mass movement uniting all the various strands of the people’s movement to end all forms of racist and political repression, to defend the rights of oppressed peoples and workers, to protest and organize for systemic change and to consistently engage in the struggle for freedom, justice, and equality.”

The participants were primarily young, men and women, multi-racial, multi-ethnic, labor and community, trans and LGBTQ+ inclusive, and multi-lingual. They represented more eloquently than any words the deep roots in communities in struggle that the NAARPR coalition unites.

Angela Davis, in her video address to the conference, talked of the impact coronavirus has had on advancing mass consciousness. She said: “An already existing crisis in democracy was deepened and intensified by the COVID-19 pandemic. Precisely because of decades of struggle by dedicated activists who have argued that racism is structural, not primarily attitudinal and individual…the devastating impact of this virus on indigenous, Black, Latinx, and other communities of color, was understood by huge numbers of people to confirm the existence of structural racism.”

Frank Chapman, NAARPR executive director denounced the mismanagement of the pandemic. He told attendees: “Over 800,000 people have died from COVID-19 and tens of thousands are still dying, that’s war. And the perpetrator of this war is not the COVID-19 virus, the perpetrators are those who are making money off of the health care system. Not just Trump, but the pharmaceutical companies and all of them!”

Expanding on that idea, Davis, speaking about the founding of the NAARPR in the 1970s, said:

“When we initially created the Alliance, we saw the era of the 1970s as unprecedented in the reach of its repression…. At that time…we clearly understood the interdependency of racist repression and political repression. Today, we have an even deeper appreciation of the centrality of structural racism and the violence it spawns, and the ways in which racism continually produces and extends and exacerbates crises in our society.”

Police terror in communities of color, especially Black, Latinx, Indigenous, and LGBTQ+ communities, is another dimension of structural racism.

NAARPR is committed to winning community (democratic) control over the police, reversing today’s use of the police by the ruling class to terrorize and subjugate our Black, brown, indigenous, and other oppressed communities. Community control is a revolutionary goal, undermining the monopoly on force by the capitalist ruling class.

Winning community control of the police puts the community in charge of a major instrument of capitalist oppression, and represents a fundamental democratic shift in power. The power envisioned for such community control commissions include:

In fighting for community control of the police, NAARPR uses all the avenues of struggle available: street heat, deep relationships with organized labor, and electoral struggle and lobbying of elected officials.

In Chicago, a winning coalition was forged from this multi-dimensional struggle, resulting in the Empowering Communities for Public Safety (ECPS) Coalition, and winning limited community control of the police. A referendum is under consideration that would move police oversight and budgeting completely under democratic, community control.

Turning to the 2020 election results, Davis said it was “precisely because of the political realignment that resulted from this new mass consciousness [developed in response to the pandemic],” and its impact on millions of Black and brown people and on young working-class people, it became possible to “evict fascism from the White House and to defeat the agenda of the 45th president who tried to use the rebellion as a pretext for increasing police violence and for further militarizing the police, and indeed for attempting to directly unleash the military on those who were demonstrating.”

The U.S. has a long history of struggle between fascist and democratic forces. The use of state and racist terror, epitomized by the long, enraging, tragic U.S. history of lynching Black women and men, and of police murders, is domestic anti-democratic terror. That terror is extended by U.S. military might and imperialist policies to other countries, as in the struggle of the Palestinian and Filipino peoples against U.S.-supported fascism. This history demands every worker and oppressed person take a side.

The anti-fascist struggle was strengthened by the conference with a “Resolution on Voting Rights,” which passed unanimously. It focused on attacks on the ability of Black, Latinx, and other oppressed peoples to express their democratic will. The anti-democratic attack was put in the context of white supremacy, highlighting Supreme Court Justice Roger Taney’s 1957 ruling that “a negro [sic]…; had no rights which the white man was bound to respect.” The resolution binds the NAARPR to stand “absolutely and unwaveringly on the side of voting rights for all,” to fight to ensure “the assaults of white supremacy and its adherents ‘shall not pass,’” and called for support for the John Lewis Voting Rights Advancement Act, the For the People Act, and the Freedom to Vote Act, all of which are currently under consideration by Congress.

The internationalist support of national liberation struggles that has was always a core value of the earlier incarnation of NAARPR is still there today. Resolutions were passed titled: On Solidarity with Palestine; To Support the Filipino People’s Fight Against State Repression by the U.S.-backed Duterte Regime; and to Free Alex Saab! Venezuela’s Diplomat, Prisoner of [the] U.S. Empire. All were ratified unanimously.

The struggle for migrant and undocumented workers was represented by a resolution to Defend the Human Right 2 Family, demanding support for the sanctuary movement, for a path for legalization that is not tied to citizenship, and immediate reunification of families separated by ICE and other state entities. The resolution called for a “broad education program to recognize the ongoing U.S. policies of exploitation, colonialism, and repression in Mexico and Latin America.” It, too, was approved unanimously.

Opposition to police murders in the U.S. is led by the women first, and men, who survive and fight for justice. Regina Russell is both co-chair of the Chicago Alliance Against Racist and Political Repression (CAARPR) and an executive board member of SEIU Local 73. Russell, whose son has been wrongfully convicted and imprisoned for 20 years, helped facilitate the workshop on “Building a Movement for Justice: Fighting with the families.” She exemplifies the leading presence of women leaders, with men, in NAARPR’s ranks, leadership by those directly impacted by the systemic racism of U.S. policing.

They all spoke movingly about the violence inflicted on their loved ones, and the tragic impact on those who remain to struggle for justice. The Tamir Rice Foundation expressed thanks to NAARPR for its continued aid and support in pursuing justice for Tamir Rice. Gerald Reed, a police torture survivor, freed by the NAARPR after 31 years of unjust imprisonment, also attended the conference.

The central role of women in the democratic struggles was highlighted by Davis.

“Black women like Stacy Abrams turned the tide in Georgia. Latasha Brown and Black Voters Matter traveled all over the south and brought unprecedented numbers of people, especially Black women, to the polls. Let us keep in mind that while we may not have elected the candidates to national office who are going to lead us to freedom, we did create the terrain that is more welcoming to our on-the-ground struggles. And besides, we can never really expect to achieve our revolutionary goals simply through the electoral process.”

Families of people killed by the police also include people active in unions, as those attending the conference saw. The first plenary exemplified the theme of united labor and community struggle, with Greg Kelly, president of SEIU Healthcare Illinois Indiana Missouri & Kansas, representing 90,000 healthcare, childcare, nursing home, and home healthcare workers, opening the meeting. A resolution, “Building class-struggle unionism through the National Alliance Against Racist and Political Repression,” was submitted by Minnesota Workers United and AFSCME Local 3800, and passed unanimously, committing the NAARPR to struggle for “a class struggle-oriented union movement that works not only for the betterment of union members but for the betterment of the working class as a whole.”

There was a boisterous workshop on “Freeing our Comrades: Fighting Back Against Political Repression” facilitated by Delilah Pierre, a Haitian-American, Florida-born Black Trans organizer and activist who has spent years fighting against police brutality and for queer and trans liberation.

NAARPR elected a dynamic group of activists as officers and executive board members: Frank Chapman as executive director; Michael Sampson II, Loretta Van Pelt, and Syd Loving as co-chairs; Jasmine Salas as treasurer; and Monique Sampson as secretary. These officers and the 30 executive board members from around the country, representing the coalition of forces that make up the NAARPR, will work with activists and members everywhere in the U.S. to carry the struggle for community control of the police forward over the next two years.

Speaking to the delegates, Chapman pointed out the vibrancy of the struggle in this moment.

“The beauty of how the struggle is right now is that we have a group of young, conscious, militant, radical people like you. You want to fight! You want to get down!” he exclaimed. “We are fighting to empower ourselves. We are not asking those in power to give us a damn thing, we’re saying that we’ve got to organize and take this! Who’s going to free us? We are going to free us.”

This writer, Eric Brooks, co-chair of the Communist Party’s African American Equality Commission, was elected to the Board representing the CPUSA. “The stories of injustice and tragic, unnecessary, murder by the police of Black women and men that echoed throughout the conference proceedings, capture systemic racism in action,” the party’s statement to the conference read. “The Communist Party continues its long, consistent, history of struggle against racism, going back to defending the Scottsboro Boys in 1931, as a participant in this extraordinary fighting coalition. We are proud to add our energy and voice to the NAARPR work to win community control of the police now.”

The NAARPR conference was recorded, in part, and that recording is available here.

All power to the people!

This article appeared in the People’s World 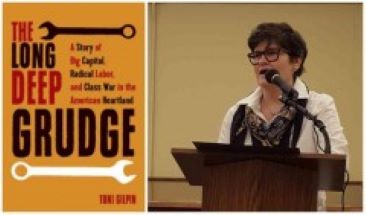 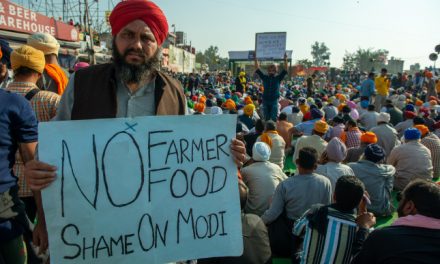