There is a popular myth which explains President Barack Obama’s reluctance to stand up to Pentagon militarists, Wall Street banksters and corporate greedheads.

This myth excuses the president for ignoring massive black unemployment and not providing his promised path to citizenship for the undocumented, for not using presidential authority to halt the foreclosure epidemic, or curbing the hyper-incarceration of black and brown youth.

The myth of course, is that President Barack Obama really does want to do all these things and more, but if they haven’t happened it’s because we the people have abandoned our responsibility to somehow Âmake him do it.Â

The myth stems from the apocryphal story of a meeting between African American labor leader A. Philip Randolph and President Franklin Roosevelt back in the 1940s. Randolph laid out black America’s list of demands for economic and social justice. In response, Roosevelt said he wanted to do all of it, but that Randolph and the movement of that time would still have to Âmake himÂ do these things.

Applied to the Obama presidency however, Âmake me do itÂ is a popular myth. It’s popular because the president and his lackeys repeat it endlessly. It’s a myth because it’s not true. Longtime activist Harry Belafonte, who played a key role in the Freedom Movement of the fifties and sixties, exploded the myth in a Democracy Now interview broadcast on May 16.
Belafonte was asked by host Amy Goodman whether he’d used his occasional access to directly share his many critical and valuable public policy insights with the White House. Belafonte replied that his only access to the president has been for a few seconds at a time, not long enough for any substantive discussion. But, he said, at one such event President Obama approached him to inquire when Belafonte and Cornel West were going Âto cut me some slack.Â

ÂWhat makes you think we haven’t?Â Belafonte replied to the president? At this point the brief encounter was over.

Let’s pause to think about that.

When President Obama cusses out Cornel West and personally demands that historic stalwarts of the movement for peace and justice Âcut him some slackÂ on black unemployment, on foreclosures and the prison state, on torture and the military budget, on unjust wars and corporate welfare, on fulfilling the just demands of those who elected him, our first black president is revealing his real self. Far from saying Âmake me do it,Â President Obama is saying how dare you pressure me to do what you elected me to do.

Harry Belafonte has done a great public service in helping us distinguish the imaginary Barack Obama of Âmake me do itÂ from the real Barack Obama, who demands our support, but expects us to Âcut him some slack.Â Rather than agitating and organizing in our communities to Âmake him do itÂ all the real President Obama wants of movement activists is for us to sit down and shut up, until it’s time to help chase everybody out to vote for him in 2012.

By then, there will be fewer chasers, and somewhat less chasing than in 2008. But this will be something that President Obama made us do, not the other way around.

Bruce A. Dixon is managing editor at Black Agenda Report, and is based in Marietta GA, where he is on the state committee of the Georgia Green Party. 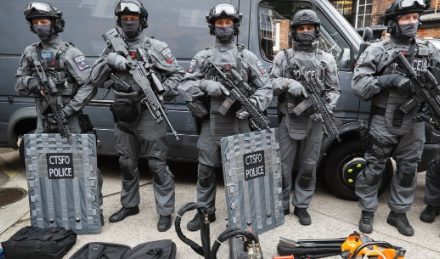 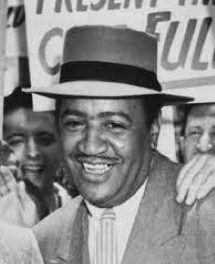