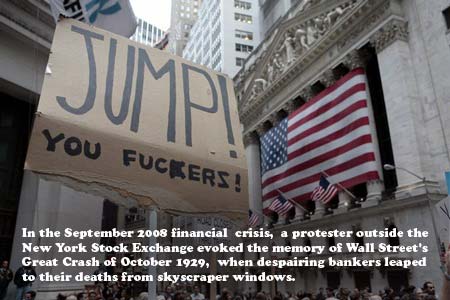 The Associated Press reports that after studying in detail over $21 billion in stimulus projects designated for road and bridge construction in the Administration’s first stimulus program, they found no discernible change in local employment associated with the completion of these projects. One of the five economists who reviewed their work stated: "There seems to me to be very little evidence that it’s making a difference." Another economist commented: "In terms of creating jobs, it doesn’t seem like it’s created very many. It may well be employing lots of people, but those two things are different." (Spending Fails to Stimulate Jobs, Matt Puzzo and Brett J. Blackledge, 2-12-10)

How can the widely lauded construction stimulus fail to improve the unemployment picture?

The answer lies in a gross misunderstanding of the New Deal employment programs and a slavish, dogmatic reliance upon the private sector.

I wrote, regarding the Obama stimulus program, in February of 2009:

Roosevelt sought job growth by directly employing the unemployed in Federal works projects. Obama, however, has pledged that 90% of his job-creating investments will be done though private firms. This raises many issues that Stanley Aronowitz perceptively explores in an article entitled "Facing the Economic Crisis" (Socialist Project, 12-26-08). He raises questions of wage rates, unionization, a living wage, and the technical composition of various kinds of projects. But most importantly, he notes that private sector job creation engages profits which siphon off the maximum impact of government expenditures; all things being equal, more jobs can be created from a given amount of dollars without awarding profits to a private firm. Aronowitz speculates that 30% gross profit would be a common return for a private firm given a government project. In fact, it is customary in bids for municipal and state government contracts for the private firm to offer estimates calculated at three times the cost of the hourly rate for the employees engaged in the project. Thus, for every three dollars of government stimulus, one dollar of hourly wages would be passed on for job creation. In any case, the Obama strategy would sharply reduce the impact of Federal expenditures designated for reducing unemployment, in sharp relief with the New Deal counterpart programs. Clearly, the economic advisors associated with Obama cannot escape their private sector fixation. (Looking Forward, MLToday, https://mltoday.com/en/looking-forward-542-2.html)

Both the Aronowitz insight and my observation point to the folly of creating jobs through private sector, contractor-based programs, the approach to which Obama and his advisors swore allegiance. Now, a year later, that folly has been demonstrated. Scorning the New Deal approach and wedded to dogmatic, conventional thinking, $21 billion has been wasted – dare I say, misappropriated Â against the professed goal of job creation. The folly goes deep. The notion that contractors would pass on an opportunity to use existing employees to secure super-profits on government contracts, the notion that they would, out of some new-found support for the common good, hire additional workers and forgo profits, should be ridiculous even to the neo-liberal brain trust assembled by Obama.

Despite these findings, the Obama economic team has proposed and the House has approved an additional stimulus of $28 billion for another round of road construction targeted at reducing construction unemployment. White House economic advisor, Jared Bernstein blithely asserted: "When you invest in this kind of infrastructure, you’re creating good jobs for people who need them."

It is becoming more and more apparent that permanent unemployment is a structural component of contemporary monopoly capitalism. Even with the absorption of millions of potentially productive employees by the criminal justice system (the world’s highest incarceration rate) and the military-industrial system (permanent and expanding wars and military spending), state-monopoly capital has no use for millions of workers. More to the point, capital has every interest in maintaining a "reserve army of the unemployed", as classical Marxism maintained. Desperate workers, desperate for a job, will work for less, pressuring the wage rates and benefits of those currently employed. As most commentators have conceded, the last recession produced a jobless recovery and this far deeper downturn has shown no signs of restoring jobs once any real or fantasy recovery comes. The last decade is the first in US history Â including the decade of the Great Depression Â to show negative job growth.

Because of the decades of privatization, contracting out, outsourcing, and public subsidization, the notion that more public funding will stimulate private job generation is as foolish as the notion that pouring public funds into the financial sector will restore sanity to banking practices. The same economic thinking that produced the crisis will not be undone by feeding the beasts that it produced.

The first order of business should be to send Geithner, Summers, Rubin, and the rest of the economic whiz kids packing. Their dogmatic, narrow, corporate-friendly thinking has only worsened the crisis while wasting resources and betraying the public.

In addition, a robust, well funded public works program is urgently needed: publicly funded, publicly run, with public employment, and with the public as the beneficiary. With the money spent and proposed, a million workers could easily be employed at decent wages and with benefits in repairing homes and neighborhoods, cleaning, inspecting, and beautifying communities, and developing and expanding public spaces. In short, the unemployed could be put to work in an updated version of the New Deal programs. As in the New Deal, the direct payment of wages to these public employees would expand consumption and fuel further economic activity while giving the re-employed a sense of worth and accomplishment.

This approach to job creation is not only the best route, but Â in light of the failure of private sector stimulus Â the only route to generating employment. 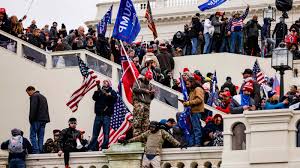