In our era, problems are increasingly more complex and news is produced at the speed of light, as many know. Nothing happens today in our world, which does not teach something to those of us who wish, and are still able, to understand new realities.

The human being is a strange mixture of blind instinct, on one hand, and consciousness, on the other.

We are political animals, as, not without reason, affirmed Aristotle, who perhaps influenced humanity’s thinking more than any other ancient philosopher through his almost 200 treatises, according to reports, of which only 31 have been preserved. His teacher was Plato, who left for posterity his famous utopia about the ideal state, which in Syracusa, where he tried to apply it, almost cost him his life. His political theory has endured as a designation used to describe ideas as good or bad. Reactionaries often describe both Marx and Lenin as theorists, without taking into consideration that their utopias inspired Russia and China, the two countries called upon to lead a new world which will allow for human survival, if imperialism does not first unleash a criminal, exterminating war.

The Soviet Union, the socialist camp, the People’s Republic of China and North Korea helped us resist, with essential supplies and weapons, the implacable blockade of the United States, the most powerful empire ever to exist. Despite its immense power, it has not been able to squash the small country which has, a few miles off its coasts, for more than half a century, withstood its threats, piratical attacks, the hijacking of fishing boats and sinking of merchant ships, the in-flight destruction of a Cubana Airlines airplane over Barbados, the burning of schools and other similar misdeeds. When it attempted to invade our country with mercenary forces in the vanguard, transported by U.S. warships as the first wave, it was defeated in less than 72 hours. Later, counterrevolutionary bands organized and equipped by the U.S. committed acts of vandalism which led to loss of life and injury to thousands of compatriots.

The largest base of operations for activities against our country, which existed at that time, was located in the state of Florida.  Over the course of time, the economic blockade was extended to other NATO countries and other Latin American allies, who during those first years were accomplices to the empire’s criminal policy which lacerated the dreams of Bolívar, Martí and hundreds of other great patriots of irrepressible revolutionary conduct in Latin America.

Our small country was not only denied our right to be an independent nation, like any other among the many in Latin America and the Caribbean, exploited and sacked by them. On the contrary our homeland’s right to independence would be stripped, and manifest destiny would fulfill its task of annexing our island as part of the United States of America’s territory.

During the recently concluded meeting in Fortaleza, an important declaration was approved by the countries which comprise the BRICS [Brazil, Russia, India, China, South Africa] group.

The BRICS propose greater macroeconomic coordination among the principal economies, in particular the G-20, as a factor fundamental to the strengthening of prospects for effective and sustainable recovery around the world.

They announced the signing of an accord to constitute the New Development Bank with the goal of mobilizing resources for infrastructure projects and sustainable development in BRICS countries, and others which are emerging or developing.

They also announced the signing of a treaty to establish a common currency reserves fund for contingencies, with an initial size of 100 billion dollars.

Support was reaffirmed for a multilateral system of open, transparent, inclusive, non-discriminatory trade; as well as for the successful conclusion of the World Trade Organization’s (WTO) Doha Round.

They recognize the important role which state enterprises play in the economy, as well as small and medium-sized companies, as creators of employment and wealth.

They reaffirm the need for comprehensive reform of the United Nations, including its Security Council, with the goal of making it more representative, effective and efficient, so that it can respond appropriately to global challenges.

They reiterated condemnation of terrorism in all its forms and manifestations, wherever it might occur, and expressed their concern about the continuing threat of terrorism and extremism in Syria, while at the same time called upon all Syrian parties to commit to putting an end to terrorist acts perpetrated by Al-Qaeda, their affiliates and other terrorist organizations.

They strongly condemned the use of chemical weapons under any circumstances, and welcomed the decision by the Arab Republic of Syria to adhere to the Convention on Chemical Weapons.

They reaffirmed their commitment to contribute to a just and lasting global solution to the Arab-Israeli conflict, based on the universally recognized legal framework, which includes pertinent United Nations resolutions, the Madrid principles and the Arab Peace Initiative, and expressed support for the convocation, as soon as possible, of a conference to establish a zone free of nuclear weapons and other weapons of mass destruction in the Middle East.

They reaffirmed their desire that the exploration and utilization of outer space be for peaceful purposes.

They reiterated that there is no alternative to a negotiated solution to the Iranian nuclear question, and reaffirmed their support for its solution via political and diplomatic channels.

They expressed concern for the situation in Iraq, and supported the Iraqi government in its efforts to overcome the crisis, defend its national sovereignty and territorial integrity.

They expressed concern for the situation in Ukraine and issued a call for broad dialogue, abatement of the conflict, and moderation on the part of all parties involved, with the goal of finding a peaceful political solution.

They reiterated their firm condemnation of terrorism in all its forms and manifestations and pointed out that the United Nations has a central role to play in the coordination of international action against terrorism, which must be conducted in accordance with international law, including the United Nations Charter, and with respect for human rights and fundamental liberties.

They recognized that climate change is one of the greatest challenges confronting humanity, and issued a call to all countries to act on the decisions adopted by the United Nations Framework Convention on Climate Change (UNFCCC), looking to reach, by 2015, a successful conclusion of the negotiations to develop a protocol, another legal instrument or an agreed-upon document with legal force under the Convention, applicable to all parties, in accordance with the principles and dispositions of the UNFCCC, in particular the principle of common responsibility, although differentiated and in accordance with respective capacities.

The next BRICS Summit will be held in Russia in July 2015.

It might seem that this is but one more agreement, among the many constantly appearing in cables released by the major Western news agencies. Nevertheless, the meaning is clear and emphatic: Latin America is the geographic area in the world where the United States has imposed the most unequal system on the planet, enjoying of its internal riches, a supply of cheap raw materials, a market for its merchandise, and has been the recipient of its gold and funds which escape their respective countries and are invested by U.S. companies in the country, or any other place in the world.

No one has ever found a response to satisfy the demands of the existent market we know today, although no one can doubt that humanity is moving toward a stage which will be more just than the human society we have known to date.

The abuses committed throughout history are repugnant. Today what is valued is what will happen on our globalized planet in the near future.

How can human beings escape the ignorance, the lack for basic resources for food, heath, education, housing, dignified employment, security and fair compensation. What is most important, must be this or not possible, in this miniscule corner of the universe. If meditating on this is of any use, it is to guarantee in reality the supremacy of human beings.

On my part, I do not have the slightest doubt that when President Xi Jinping completes the activities in his tour of this hemisphere, as did Vladímir Putin, President of the Russian Federation, both countries will be culminating one of the greatest feats of human history.

The BRICS statement approved July 15, 2014 in Fortaleza advocates for greater participation by other countries, especially those struggling for their development, with a view toward promoting cooperation and solidarity with the peoples, and specifically with those of South America, pointing out in a significant paragraph that the BRICS particularly recognize the importance of the South American Union (Unasur) in the promotion of peace and democracy regionally, in the achievement of sustainable development, and the eradication of poverty.

I have already been extensive enough, despite the fact that the range and importance of the issue demand analysis of important questions which require some response.

I thought that in subsequent days there would have been a little more serious analysis of the importance of the BRICS Summit. It would be enough to add up the inhabitants of Brazil, Russia, India, China and South Africa to understand that, at this time, they amount to half of the world’s population. In a few decades, China’s Gross Domestic Product will surpass that of the United States. Many states are already requesting yuan and not dollars, not only Brazil, but several of the most important in Latin America, whose products like soy and corn compete with those of the United States. The contribution which Russia and China can make to science, technology and the economic development of South America and the Caribbean is decisive.

The great events of history are not forged in a day. Enormous tests and challenges of increasing complexity are on the horizon. Between China and Venezuela, 38 agreements were signed. It is time to know a little more about realities. 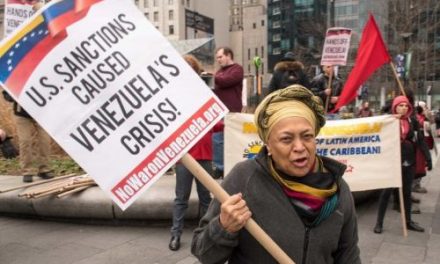 The Pentagon’s Planet of Bases