Jacobin Stabs Venezuela in the Front 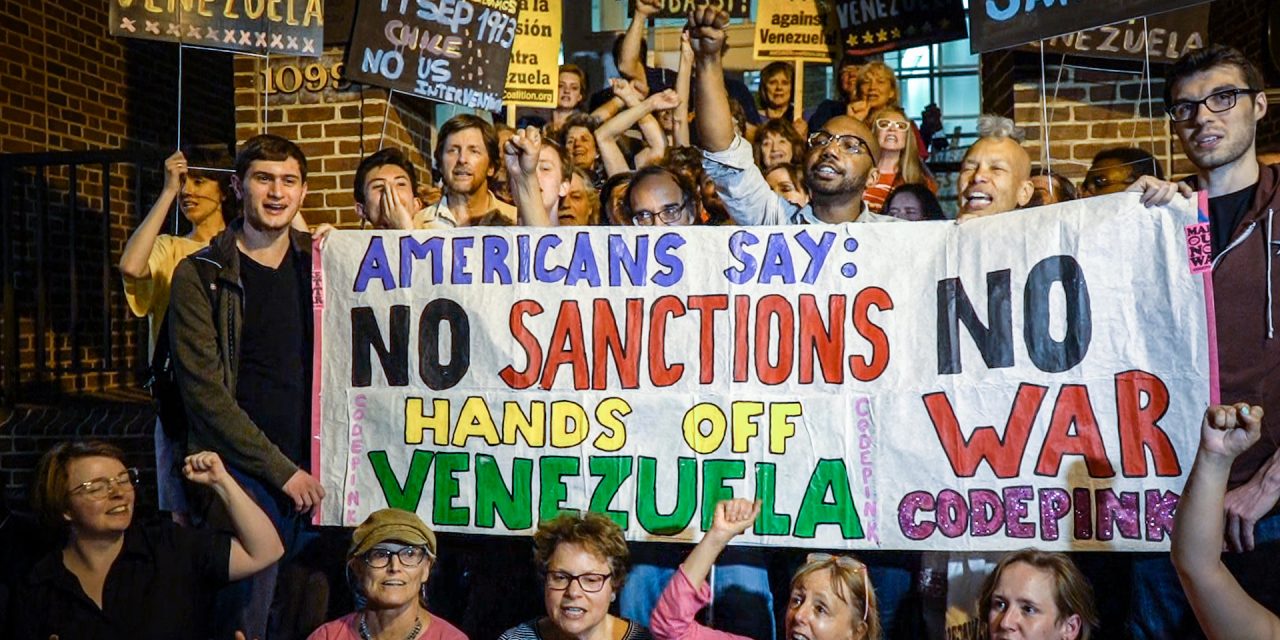 On the heels of another Washington-backed attempt to engineer a coup d’état in Venezuela, Jacobin, a periodical that bills itself as “a leading voice of the American Left,” has published an assault on the Bolivarian Revolution.

Following Oscar Wilde’s quip about enemies stabbing you in the back but friends stabbing you in the front,  Jacobin contributor Gabriel Hetland has aimed his dagger thrust squarely from the front, though not before voicing a profusion of friendly bon mots about Leftist solidarity.  The University of Albany academic, another agent of imperialism masquerading as a beautiful soul, has done what a long line of Left imperialists has done before him: counselled against supporting those who have organized to overcome their oppression by the Left imperialists’ own governments.

In “Venezuela and the Left,” Hetland draws on a 2016 article he wrote for The Nation, titled “Why Is Venezuela in Crisis?” In that article, the Jacobin contributor points to the near “impossibility of disentangling the ‘internal’ and ‘external’ aspects of the crisis” in Venezuela, noting that “the government has not acted in a vacuum, but in a hostile domestic and international environment.”

A reasonable person might agree. The hostile domestic and international environment has structured the viable range of responses available to the Venezuelan government, and we can’t understand or evaluate the government’s actions without taking account of the environment in which it has had to act. One might conclude, then, that Hetland is a reasonable person.

However, no sooner does he acknowledge the near impossibility of disentangling the internal and external aspects of the crisis, than he declares the Gordian knot cut. “To an agonizingly large degree,” he tells us, “Venezuela’s crisis is of the government’s own making.” And thereupon the hostile domestic and international environment vanishes, never again to trouble our thoughts.

According to the political sociologist, “Chávez committed several major errors that have come back to haunt Venezuela today. In particular, he failed to effectively tackle corruption, dismantle currency controls after they had served their purpose, and wean Venezuela from its extreme dependence on oil.”

Doubtlessly, Chavez made errors. But what Hetland calls Chavez’s errors are not errors at all, but failures to work miracles. Hetland presents weaning Venezuela from its extreme dependency on oil as a policy lever that Chavez could have pulled or not. In Hetland’s thinking, Chavez faced a binary choice: end oil dependency or continue it, and the Venezuelan leader chose to continue it rather than end it, and thereby blundered.

Does Hetland really believe that it was possible for Venezuela, over a little more than the decade Chavez was in office, in a hostile domestic and international environment, to wean itself from its extreme oil dependency? If so, he’s living on a planet of utopias. How many major oil-producing countries have successfully weaned themselves from oil dependency in half a century, let alone the 11 years Chavez was president?

Perhaps how to wean a country from its oil-dependency is common knowledge in the sociology department of the University of Albany, surely one of the world’s great institutions of higher learning, but for mere mortals the code is not readily cracked. I await with bated breath, as does the rest of the world, Hetland’s disquisition from the heights of Olympus on how this apparently simple task is accomplished

The same can be said about corruption. Hetland seems to think that corruption in Third World countries is easily eradicated, as if a lever simply needs to be pulled, and shazam, corruption comes to an end. If we think like Hetland, then Chavez could have chosen to accept corruption or reject it. In Hetland’s agonizingly confused thinking, because corruption carried on, Chavez must have accepted it—wrong choice.

Hetland mimics the agonizingly didactic style of Patrick Bond, Stephen Zunes, and Gilbert Ashcar, other members of the academy, who also deliver pronouncements with great certitude on both empirical and moral questions, backed up by an agonizingly large degree of superficial thinking. Presumably, they can’t get away with this in peer-reviewed journals, but feel free to stretch their legs on Z-Net, Jacobin, and Counterpunch, where the demands for defensible analysis are less exacting.

Hetland appoints himself as the great docent of the Left, a man with all the answers, able to sort through what he assures us are difficult questions, and to do so in only 1,000 words. He begins his Jacobin article by asking: “How should we respond?” to the crisis in Venezuela (which, let’s remember, was brought about by Washington seeking to topple the Maduro government) after which he proceeds to enumerate a series of “we shoulds,” as if he’s a pontiff declaring how the faithful ought to conduct itself.

Counterpunch’s Eric Draitser also argued that the left should confine itself to showing solidarity with the oppressed of Syria, but it was unclear who he meant by the ‘oppressed.” He seemed to mean Syrians who neither support the US government’s attempt to dictate the political and economic policies of Syria or the government that zealously resists this.

Whether we support the US Empire or not, is immaterial; US imperialism will carry on. It doesn’t need the solidarity of the Left to operate. But whether the Left supports organized projects to resist and overcome US imperialism does matter. But it is those projects that Bond, Zunes, Aschar, Draitser, and Hetland would prefer the Left not support. Who comes out ahead in this is clear.

Accordingly, the solution to the crisis appears, in Hetland’s view, to lie in the removal of the Venezuelan government; after all, isn’t it the Venezuelan government that, to an agonizingly large degree, has created the crisis in the first place? It would seem to follow, then, that its abolition would relieve Venezuelans of their crisis. Accordingly, Hetland endorses “a peaceful transition,” but to what he doesn’t say. Just as long as Maduro goes, the faux-neutral Hetland will be happy. So too will Mike Pompeo, John Bolton, and Elliot Abrams.