Â A military judge has recognized what many progressives denied: Bradley Manning was mistreated. The ruling is but the latest repudiation of claims from Obama supporters that Manning was treated fairly and justly.

"With respect to Private Manning, I have actually asked the Pentagon whether or not the procedures that have been taken in terms of his confinement are appropriate and are meeting our basic standards. They assure me that they are." – Barack Obama, White House Press Conference, March 10, 2011.

Few if any articles that I’ve written produced as much backlash as my 15 December 2010 column reporting on the oppressive and inhumane conditions of Bradley Manning’s detention, the first time that story was reported. The anger at my article primarily came not from right-wing venues but from the hardest-core Obama supporters, who (as they always do since 20 January 2009) reflexively defended the US government.

Led by former Obama campaign press aide and now MSNBC contributor (the ultimate redundancy) Joy Reid, these particularly fanatical Democratic partisans literally adopted the anti-Manning rhetoric from the further right-wing precincts and repudiated the liberal tradition of defending whistleblowers and opposing oppressive detention conditions – all in order to insist that Manning was being treated exactly how he should be (this warped reaction was far from unanimous, as many progressives protested Manning’s treatment).

Since then, an internal investigation by the Marine Corps – which operates the brig in which he was held – found that Manning’s jailers violated their own policies in imposing oppressive conditions. The Obama administration’s own State Department spokesman, PJ Crowley, denounced the detention conditions as "ridiculous and counterproductive and stupid" and was then fired as a result.

Amnesty International called for protests over Manning’s treatment. The UN’s highest torture official formally concluded after an investigation that the US government was guilty "of cruel, inhuman and degrading treatment towards Bradley Manning" and "that the US military was at least culpable of cruel and inhumane treatment in keeping Manning locked up alone for 23 hours a day over an 11-month period in conditions that he also found might have constituted torture" – exactly what I reported at the end of 2010.

And now, on Tuesday, the military judge presiding over Manning’s court-martial found, as the Guardian’s Ed Pilkington reports, "that he was subjected to excessively harsh treatment in military detention" and is thus entitled to a reduction of his sentence if he is found guilty. Pilkington notes:

"[The military judge’s] ruling was made under Article 13 of the Uniform Code of Military Justice that protects prisoners awaiting trial from punishment on grounds that they are innocent until proven guilty. The recognition that some degree of pre-trial punishment did occur during the nine months that the soldier was held in Quantico marks a legal victory for the defence in that it supports Manning’s long-held complaint that he was singled out by the US government for excessively harsh treatment."

This is far from a real victory for Manning. He was seeking dismissal of all charges, or a far greater sentencing reduction, based on claims of unlawful detention. And the judge, while accepting some, rejected many of his claims of abuse on the grounds that there was no intent to punish him before trial.

That’s why this ruling is so significant: even the military judge recognized that, in multiple ways, the treatment of Manning was unfair, excessive and illegal. Politico’s Josh Gerstein explains:

"The decision is a significant victory for Manning’s defense and a vindication for human-rights groups that complained the intelligence analyst was being treated unfairly. The ruling also runs counter to President Barack Obama’s statement at a March 2011 news conference that Manning’s treatment at the brig was ‘appropriate.’"

Amazingly, Obama’s defense of Manning’s treatment – repudiated even by this military judge – came less than a week after the New York Times first reported that brig officials had begun stripping Manning of all his clothing and forcing him to remain naked.

The willingness of some of Obama’s most devoted followers to justify all this and lash out at critics surprised even me, and underscored just how blindly supportive they are no matter how extreme and odious the behavior. As Charles Davis detailed in an excellent analysis at Salon last April, these Obama-defending progressives – in order to attack Manning and defend his detention conditions – copied almost verbatim the playbook used by Nixon officials to malign Daniel Ellsberg and anyone else who exposed wrongdoing on the part of the US government.

Just as Bush followers did for years with the controversy over torture, these Democratic partisans alternated manically between denying that these oppressive conditions existed, justifying their use, and mocking concerns over them.

John Cole, one of President Obama’s most steadfast supporters (and a former Army soldier), repeatedly condemned the abusive treatment of Manning, and in doing so, continually provoked the scorn of his Obama-supporting readers. Yesterday, after reading news of the military judge’s decision, Cole sarcastically wrote:

"I don’t understand how this is possible. What kind of commie liberal is this judge? Is she from Code Pink? For months, when I said he was being abused, all the keyboard commandos assured me that military protocol was being followed and that if they didn’t abuse him like this and keep him naked and without his glasses, if he killed himself firebaggers like me would blame Obama.

"Many of you internet tough guys continued with this line of invective even when the DOD Inspector General said he was being treated not in accordance with rules. . . .

"Anyone with half a f****** brain could tell he was being treated differently than any other person in custody at Quantico, and the reason for it was he had embarrassed the Brass and the National Security State.

"For alleged liberals, there’s not a dimes worth of difference between many of you and [Bush torture advocate] Marc Thiessen."

Watching self-proclaimed progressives attack and malign a courageous whistleblower, while defending the US military’s patently abusive detention practices and steadfastly defending the government’s extreme secrecy powers, is one of the most potent symbols of the Obama presidency.

An equally potent symbol is that at the very same time that Bradley Manning is prosecuted and threatened with life in prison for exposing serious war crimes, a government official who supported if not participated in those war crimes is being promoted to CIA director.

This takes place in the same week when, as FAIR put it on Monday, "the only person to do time for the CIA’s torture policies [John Kiriakou] appears to be a guy who spoke publicly about them, not any of the people who did the actual torturing.

As usual, those who commit serious crimes in government are not punished but rather rewarded. Only those who expose those crimes are punished. That’s the story of Bradley Manning, and what makes it all the more remarkable and telling are the hordes of Democrats who have spent several years justifying and cheering for this. 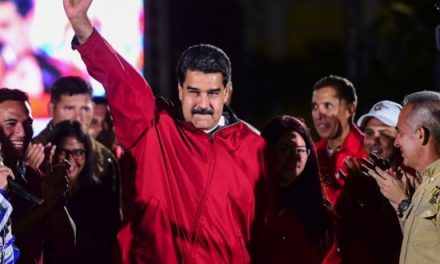