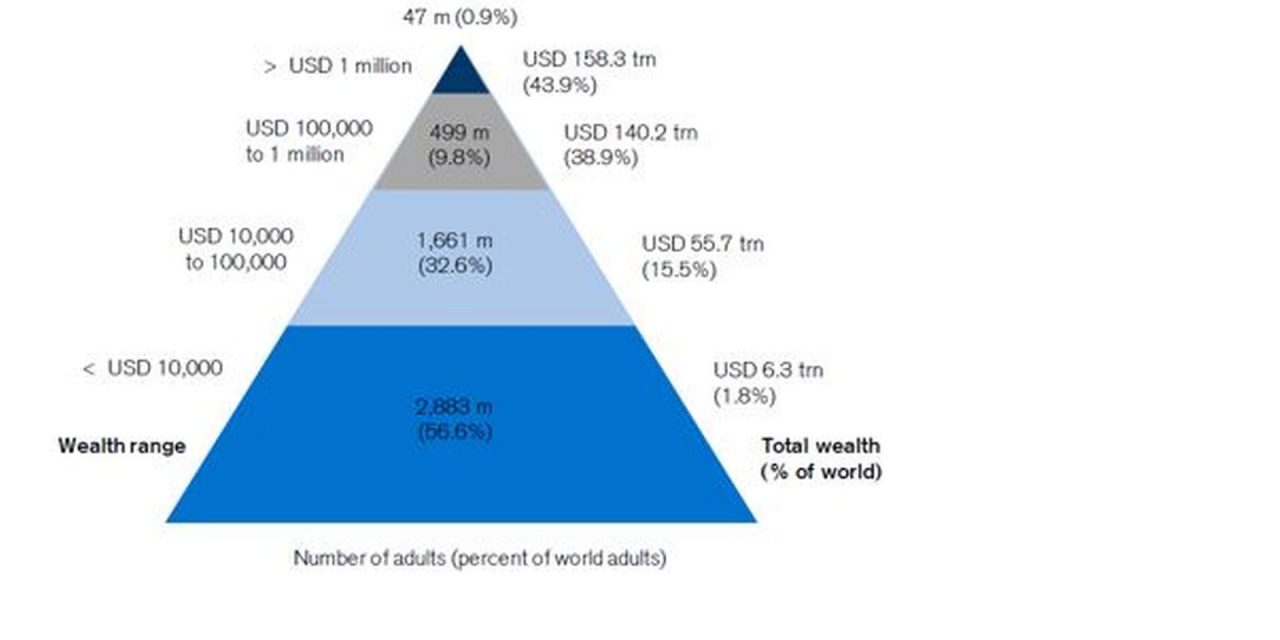 The millionaires of the world, who account for just 0.9 percent of the global population, now own nearly half of the planet’s $361 trillion in wealth while the bottom 56 percent of the population owns just 1.8 percent.

That’s according to the annual Global Wealth Report released Monday by Credit Suisse, which found that the number of millionaires in the world grew to 47 million between mid-2018 and mid-2019, with the United States leading the world in both new and total millionaires.

According to Credit Suisse, the U.S. added 675,000 new millionaires over the past year, bringing the country’s total to 18.6 million.

Japan and China both added over 150,000 millionaires, while the U.K., France, Australia, and Italy were among the nations that saw a decline in millionaires.

Overall, the report shows the world’s millionaires now own a combined $158.3 trillion, or 43.9 percent of all global wealth:

The new figures detailing vast inequities in wealth distribution globally and within individual nations come as two of the leading contenders for the Democratic presidential nomination in the U.S., Sens. Bernie Sanders (I-Vt.) and Elizabeth Warren (D-Mass.), have released proposals designed to combat wealth inequality through taxation.

Last month, Sanders released his “Tax on Extreme Wealth” proposal, which would would create a one percent tax on wealth between $32 and $50 million. The tax would progressively increase for richer Americans—those with over $10 billion in wealth would face an eight percent tax.

“At a time when millions of people are working two or three jobs to feed their families, the three wealthiest people in this country own more wealth than the bottom half of the American people,” Sanders said. “Enough is enough.”