The following is an edited version of remarks Black Agenda Report executive editor Glen Ford delivered to a panel on “Imagining an Authentic U.S. Left for the 21st Century ,” at the Left Forum, in New York City, this past weekend.

I’m honored to be among the folks that Paul Street invited to think with him about what an “authentic” left would look like in the United States. It’s something that many of us think about all the time.

The left would look very much as it does right now — you start from where you are— but it would begin behaving quite differently. I think that what we are actually talking about is: How do we make a movement — a ruling class-destroying movement — in the United States?

That’s a simple proposition, and I think certain things flow from that proposition. Of course, we’d be talking about setting in motion several mass-based movements that are linked in their shared enemy: the ruling class and its organs of coercion and control, the organs that people come up against every time they move — and even when they don’t move.

These mechanisms of coercion and control are more than just the police and the mass incarceration Gulag, more than the vast national security state. We also confront the awesome power of the corporate media which, as we have witnessed dramatically in the last two years, works hand-in-glove with U.S. domestic and international spy agencies. That is obviously what is going down with the anti-Russia hysteria.

The unity of the oligarchy, the corporate media, and the national security state is perfectly personified in Jeff Bezos, the Amazon owner and owner of the Washington Post, whose company also has a $600 million contract with the CIA. Bezos is the richest man in the world. He and two other oligarchs, Bill Gates and Warren Buffet, own more wealth than the entire poorest half of the American population. And that is the kind of oligarchic fact that is becoming commonly known out there in this vast, 300-plus million person country.

These are monopolists. They are masters of what they call “creative destruction” — which is a very grotesque way of them bragging about the huge disruptions that hyper-active capital is causing in U.S. society, and much greater destruction in the Global South.

The concentration of capital in the U.S. and the global capitalist world has reached a point that the individuals at the top of the oligarchy — the men, and a few white women named Walton — can be counted on our fingers. We know most of their names, and much of the public knows most of their names — that is the state of concentration that we have reached.

The heads of the big banks that are the queen ants of finance capital — the enemy of all mankind — can be listed on the fingers of one hand.

The crisis of late stage capitalism is all around us. The people know that overlapping crises are in motion. They see it all around them, even if they are among those who still have good jobs. They see the crisis in motion; they talk about it, even if it has not devastated them personally, yet. There is fear everywhere in the United States, even among those people who, on paper, seem to be looking good — the upper income folks in two-“good job” households.

The people know the names of the oligarchs at the top of the list. Most importantly, everybody knows that the bankers are criminal. And everybody hates the banks.

That is not a hyperbolic statement. I’ll say it again: Everybody, or virtually everybody, hates the banks.

And, in fact, hatred of the banks is damn near universal, in that it is pervasive among all groups in society, including even many upper income whites. Rightwing libertarian Republicans, who actually do have representation in Congress, hate the bankers, who occupy an especially evil place in their worldview. I don’t pretend to understand that rightwing libertarian worldview, but they are vehement in their hatred of the bankers. I suspect that anti-Semitism has something to do with it — that they think these bankers are mostly Jewish. But, for their own reasons, they hate the banks.

The hatred of bankers is near-universal in the United States. So, if that is the case, how much imagination does it take to imagine a new, 21st century left?

A real left wants to overthrow the ruling class, which is centered in finance capital. The people, in their multi-colored splendor, hate the banks! Therefore, a real left mass movement for the 21st century must call for the nationalizaiton of the banks. That is the logic of history.

I said “nationalization” — state takeover. It does not mean a temporary takeover, but a permanent public seizure of the banks. We’re not talking about just cleaning out the crooks and then giving the banks back to the finance capitalist class.

We’re talking about dethroning the bankers. That is, we are making what is, in fact, a revolutionary demand, but one that I am confident is actually a popular demand. In fact, I believe there is no more popular demand than smashing the banks.

I think that the question of what a genuine left response to this era of crisis should be is not so complex and problematic as others seem to believe. Movements are defined by their demands, and the demand to smash the bankers, permanently, would be a popular demand.

I did not say, Turn Goldman-Sachs over to its workers, as a cooperative, as I’ve heard some folks propose. I think that’s silly. Goldman Sachs and these other monster banks are instruments that have been crafted only for the oppression of humankind. That is their one and only purpose. You might just as well say that you’ll solve the race to nuclear annihilation problem by turning the U.S. strategic weapons triad over to the airmen and solders and sailors that man these weapons systems. That is silly and stupid, as well.

No, we want to nationalize the banks, and put those banks to public purposes.

If that doesn’t sound sexy enough as a slogan — and, it doesn’t — than we’ll put Mighty Meme Makers like Rebel Diaz and their crew to the task of sexying and sloganizing it up — and I know that they can do it, because it is a popular demand.

It is the demand that the Occupy Movement never made, back in 2011. They walked right up to the edge of the pool, but they did not dive in.

The core group of Occupy did some other silly things. They invited Black Obamite preachers into the movement. I don’t know why they did that. One of the central organizers called me up and told me they were going to invite Rev. Ben Chavis to become part of the Occupy Movement. I told him that Rev. Chavis wrote a column every week for a Black newspaper, and that the column was all about backing Obama and voting for Democrats. But the Occupy people went ahead and invited Chavis in, anyway.

Much of the cooptation that occurred with the Occupy Movement was self-inflicted. Of course, we know that it was Obama, himself, who directed the ultimate police crackdown on Occupy, but there were contradictions at the core in the Occupy Movement. The greatest failing was not to jump in the pool — the failure to demand nationalization of the banks.

Nevertheless, they left us with a slogan, that has popularized a common sentiment: the hatred of the damn banks, that was common in 2011, and which came to the fore when the “99 percent” slogan was promulgated. Now it’s time to jump in the pool.

We will see what the relationship of social forces really looks like when the left is pushing a demand that is both truly popular and, on its face, transformative.

The trick, the hard part here, is in projecting what takes the place of the private banks. It is absolutely crucial that the projected new, public banking configuration — the one that we say will come about as a result of these demands — be seen by the people as providing all the services that the private banks currently provide, and those services that they used to provide, but no longer do. Because, there will be great anxiety in the land when people wonder where they are going to put their money.

The public banking system will have to be seen as part of the rebuilding of the nation, which is a transformational project. It must also be understood that the new regime of national redevelopment will be a democratic one.

There is, clearly, room in this massive transformational project for all the debate that anyone could imagine. What does a democratic society look like? That’s the great debate that flows from the declaration that the people are going to take over the banking system.

The redevelopment of the nation — because that is what we are proposing to do with the banking system — must be in service to all the constituencies of the United States. All of these constituencies hate the banks. All of them want transformation, in terms that they can understand.

The bankers and the real estate corporations are the ones that created the ghettos — and everybody Black knows that. Bankers and realtors are also the engines of gentrification – and everybody Black understands that, as well. There is no need to demonize the bankers in Black America. But, what you do have to show Black America is that this public banking institution is going to be, not just of service to them, but that they will have a say in the institution. They need to know that there will be a self-determinationist aspect to the reorganization of the banks.

If we are ever to see a real, working unity among Blacks and Latinos on the ground, it will be in common opposition to the bankers that are behind gentrification, which is happening everywhere in the country, all with the same plan of inflating land assets through ethnic cleansing. Latino populations are moving into or getting moved out of the same neighborhoods as Black people. The commonality is real, it is day to day, it cries out for collaboration that I think can be best achieved in a general movement to smash the private banks and take away their power, permanently, and put the nation’s capital to public use.

Several movements would be spawned by this demand for nationalization of the banks. In the last two years, it has become absolutely clear to masses of people that the concentration of capital in Silicon Valley — we’re talking about Google and Facebook and Amazon and other corporations in that industry – is a danger to democracy, a growing peril that people are beginning to recognize.

I think we should be talking about intervention in those monopolies, as well, and I believe such demands would grow, organically, from the struggle and debate around nationalization of the banks. In fact, the list of struggles that would emerge from this central demand is quite a long one. We have plenty of work to do in the 21stcentury. 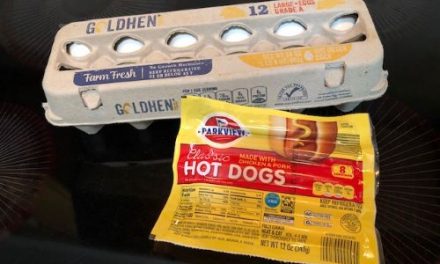 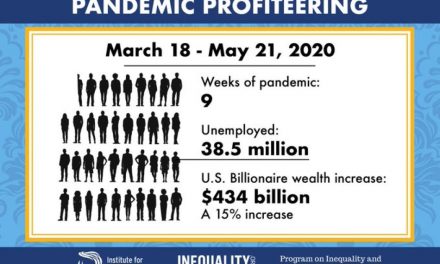