By José A. Buergo Rodríguez

Translator’s note: Beginning in 2004, Cuban eye surgeons with logistical support from Venezuela have performed sight-restoring surgery for 3.4 million patients in 31 countries. They work under the auspices of Mission Miracle, also known as “Operation Miracle.” “ALBA”, mentioned below, stands for the “Bolivarian Alliance for the Peoples of Our America,” a solidarity union founded by Cuba and Venezuela.

The photographers took their pictures from the intersection of Morande Street with Moneda. Those photographs circulated throughout the world. Men who resisted the attack on the presidential palace that was part of the military coup, who were together with their president until the instant before his death, and who were now prisoners were living the first moments of what would be for them a prolonged period of suffering.

It was approximately 2:30 PM on September 11, 1973. General Javier Palacios, who directed the assault operation against La Moneda Palace (seat of Chile’s president), makes his appearance. He soon indicates, “Have the prisoners get up.” General Palacios seems surprised at the presence of several medical doctors. At the intercession of one of them he learns of the existence of others among a group of prisoners still stretched out on the street. He orders him to identify the others and that way they are all grouped together: Hernán Ruiz, Víctor Oñate, Alejandro Cuevas, Patricio Arroyo, José Quiroga, Arturo Jirón, Danilo Bartulín, Patricio Guijón, and Óscar Soto.

They are nine medical collaborators of President Salvador Allende. Some of them were friends. They followed in his steps from the very beginnings of his presidency and they demonstrated loyalty and dedication not only in serving a profession they shared with Allende, but also in being enthusiastic participants in the transformations proposed under the health care plan contained in the Popular Unity program. They were witnesses of the changes and also of the dreams of those who wagered their profession and their own lives on being inclined to resist, and to die next to Allende if that were necessary. Close comrades in struggle and work, they were all at the side of their President until the last moment.

Allende knew very well how to choose his team of collaborators. And it can be said that never before had so many doctors served such a noble cause together, or had resisted such brutal aggression as soldiers of peace.

The torturing, the infinitely long imprisonment, the diaspora of exile would all come later. These were more severe just because the doctors never abandoned the altruism of their ideals and the humanism of their profession.

As we approach this new September 11, they all deserve a special commemoration in view of what that motivation actually signifies. They weren’t soldiers, but nevertheless as close associates of Allende they demonstrated that faithfulness and loyalty may also serve as arms by which one defends principles he or she lives by.

Relying on historical memory, we see how the ideology and political direction of Salvador Allende foretold the future of health services for Chile. One day during a visit to Mexico, for example, he indicated, “… As part of structural economic changes, we require a professional dedicated to social change, we require a professional that does not feel himself to be a superior being, we need a professional with social conscience who understands that his struggle, if he is a doctor, requires that his voice be raised in demanding that health care is provided in districts where the people live, and importantly in rural sectors. We need professionals who are not looking to get fat in political jobs, in the capitals of our countries, but rather professionals that go into the provinces, who settle in there.

How then do we judge and summarize Allende’s idea and intention here? Are they not similar perhaps to the essence of Bolivarian thinking and activation of “Mission Miracle?”

When one reads the proposal contained, a little while back, in the founding documents of the Popular Unity program for governing, it’s refreshing to discover the text in one of the asides in the paragraph on Social Tasks. It says there that, “We enlist the population in the task of protecting public health so as to assure preventative and curative medical and dental attention for all Chileans paid for by the state, by the employers, and by the social security institutions. Medicines will be provided in sufficient quantity and at low price based on strict control of laboratory costs and rational production.”

Then, as Omar Cid describes quite well in an article appearing in “Clarin” on line, “… Mission Miracle, with its great impact, brings us to an indisputable starting place for [understanding] reality: the costs that Chileans have to pay for basic services are high. That follows from neo-liberal recipes inherited from the dictatorship and never questioned by the Concertacion (Chile’s center-left governing coalition). As regards basic services, these policies have generated a slow- moving and durable disaster. Governments are obliged to turn constantly to patchwork solutions for whatever problem that emerges.”

The area of health care is one of the hardest hit, above all when it concerns specialty care, among where ophthalmological treatments are found. That’s why when the proposal of President Hugo Chavez emerged, that of Chileans going to Venezuela and being operated on at no cost, the first big impact was on the health care model itself, the one being implemented in Chile. In these circumstances, to have professionals trained in Cuba and Venezuela operating on people from different latitudes at no cost, Chileans among them, turned

 into a real blow to their consciences. As for defenders of that model, they today have a cultural and social bond; professionals formed within the center of the neo-liberal scheme look out for their short-term peace of mind and economic well-being. They obey the law of minimal effort. One sees that approach as not very suitable for public service. In other words, specialists dedicated to supporting such services are few and far between.

Doubtless the possibility of realizing a proposal quite different from ones elaborated by social democrats of the continent does mark a break. It’s not a very serious one, but at least in Chile’s case it raises new expectations in certain sectors. That’s why Mission Miracle, as with other initiatives of a solidarity and continent-wide nature, sticks in the throat of the neo-liberal model.

At this distance and in the times we are in, it’s appropriate to ask: What were neo-liberal governments doing for health care services for their peoples? And what are they doing now? Moneyed property owners, both national and foreign, all the time are filling their pockets and their bank accounts at the cost of the wealth and resources of a nation.

Hugo Chavez obeyed the maxim of governing with the people and for the people. When a leader such as he is born, grows up, and turns himself into a beacon of hope for Latin America, he is then accused of populism. With urgent concern he attended to decades’ worth of people’s needs due to lack of health and education services, and he actually responded to both demands. His accusers saw that as an offense and a stain. In truth, the people are there; they are tired of having been abandoned for so long. They see the road ahead and the light of hope in the actions of people like Chavez, in their dedication and impassioned speech.

Mission Miracle, part of the all-encompassing program of collaboration and integration that is ALBA, is now an unstoppable reality. It shows that solidarity among the peoples is possible as long as a political will exists, one that is sustained in principles of social justice and true sovereignty. It’s the will to make just and human use of our people’s material and spiritual wealth. The people thereby come to represent what the words dignity, respect, equity, and humanity mean.

But this is only viable in a superior political system, one that thinks about everyone, that turns the United Nations Declaration of Human Rights into a reality. But that reality will only be visible on the day when the idea is put into practice. Quite appropriately it seems to have taken shape within a government project that once shook up the entire southern region: “The only truly people’s alternative, and therefore, the fundamental task that the People’s government has before it, is to finish off domination by the imperialists, by the monopolies, by the landholding oligarchy and to begin construction of socialism in Chile.” (Source: “Programmatic Considerations” of the Popular Unity electoral coalition in presidential voting on September 4, 1970)

“This is the hour of the furnaces and all there is to see is light,” José Martí once prophesied. And when we see the reality that “Mission Miracle” entails for our peoples, we can say with certainty that that very time is now arriving for our America. There is no better recognition and tribute than this to the thought and actions of those doctors, who like Salvador Allende, were working and struggling for a better Chile.

Tom Whitney did the translating 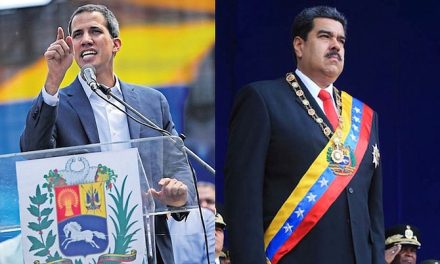