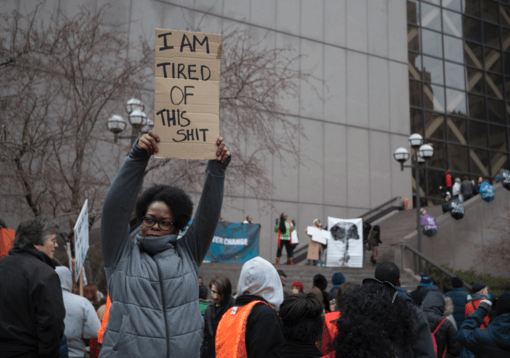 It is absurd and an insult to argue that Russian propaganda efforts “deepen political and racial tensions in the United States,” as proposed by Julia Ioffe in a recent article in the Atlantic.

But the linking of the legitimate struggle of African/Black people in the United States against systemic oppression with “foreign” influences has been a recurrent feature of the ideological and military containment strategy of the U.S. state ever since the Soviet Union emerged as an international competitor to the four hundred-year-old colonial/capitalist Pan-European project.

From the early twentieth-century activism of the Pan-African Conferences through the Garvey movement, the socialist African Blood Brotherhood and the International African Service Bureau born out of the rise of fascism in Europe and the Italian invasion of Ethiopia in the 30s, Black radicals formulated a theoretical understanding of and practical response to the realities of colonial and capitalist racist oppression throughout the African world.

And with the taking of state power by the Bolsheviks and the establishment of the Soviet Union and the Third International (COMINTERN), many black radicals gravitated to revolutionary Marxism, as both a critique of the Western capitalist dominance and a theory for disrupting that dominance.

The complex and often contradictory relationship between Black radicals and the international communist movement did not, however, stop the U.S. state from suggesting that every oppositional movement on the part of African/Black people in the U.S. was communist inspired.

From our agitation at the United Nations for human rights and against colonialism to what became known as the civil rights movement, the emerging national security state labelled our movement subversive and targeted our activists. Containment of the Soviet “threat” abroad meant ideological and political containment domestically so that by the mid-fifties, targeted repression and the McCarthy hearings had the result of effectively de-internationalism our movement for democratic and human rights and isolating various black radicals like Claudia Jones, W.E.B. Dubois, and Paul Robeson from the emerging civil rights movement.

In fact, by the time of the Montgomery bus boycotts, most activists in the South were afraid to even mention the term human rights because it had been effectively associated with communist subversion and the Soviet Union.

Today, the new McCarthyism is being led by centrist and liberal democrats utilizing the almost comical notion that capitalist Russia possesses the power and influence to not only impact elections but also create racial tensions. And once again, Black opposition is being casted as somehow foreign influenced and, therefore, a security threat that justifies special targeted repression.

But it is not just the radical “Black identity extremists” who write for Black Agenda Report and other Black radicals that find themselves subject to greater state scrutiny and on the receiving end of smear campaigns by rags like the Washington Post. Even loyal servants like Donna Brazile have now provoked the ire of the Democrat party leaders who question whether or not she has also become a Russia mole.

Donna Brazile didn’t even try and run from the Democrat plantation, but she is being treated like a runaway slave for just having the temerity to question Massa Clinton.

It shouldn’t take a Ph.D. in social psychology or a deep understanding of psychological operations (psy-ops) to see the transparent lunacy of today’s McCarthyism. But in a culture where six capitalist multinational corporations control most of the news content, it is not surprising that the public’s attention would be diverted to the ongoing soap opera of Russiagate.

Yet, for those of us on the frontlines in the struggle for our collective dignity, human rights and survival, we don’t have the luxury of allowing our attention to be diverted from the primary forces responsible for our oppression.

It is not Russians shooting down our people in the streets; transferring our children from juvenile to adult courts in record numbers; infiltrating our organizations; suppressing our votes; closing down schools and hospitals in our communities, poisoning the water and land in our communities; raising our rents and taxes and displacing us out of the cities; or militarizing the police through the 1033 program. No… these are the results of the policies enacted and implemented by good-old “Americans” in a society where the lives of the Black working class and poor don’t and never have mattered.

We must be clear. The elements of the capitalist oligarchy that have an issue with their capitalist counterparts in Russia have nothing to do with us. If they have an issue, they should fight it out among themselves. Capitalist competition has been at the center of the causes of wars among European powers, after all. We oppose war and want peace, but if the rich want war we need to make sure that the poor and working classes of all races are not the ones fighting. Let the rich fight for themselves!

On this 100th anniversary of the revolution that brought into existence the Soviet Union, we are clear that the Russia of today is not the Soviet Union of 1917. But we will never dismiss the role, with all of its contradictions, that the Soviet Union played in supporting the fight against Western colonialism in Asia, Africa, Latin America and throughout the world and in support of African/Black democratic and human rights in the U.S.

For us, our historic task is to organize black dual and contending power for self-determination that is rooted in the black working class – the majority of our people – as part of the effort to build a broader multi-national, multi-racial, anti-oppression radical social bloc to transform the social and productive relations in this country. In other words, our responsibility is to make revolution.

That is the baseline for all strategic considerations regarding allies, objective social forces internationally, and determining whom our friends and enemies might be.

We stand in solidarity with all those who stand with us, who respect our autonomous processes, and who are committed to authentic revolutionary de-colonialization and building a socialist future. But we will fight all who attempt to erase us, to silence our voices, and collaborate consciously or unconsciously with the white supremacist, patriarchal, colonial/capitalist order.

This article first appeared in Counterpunch 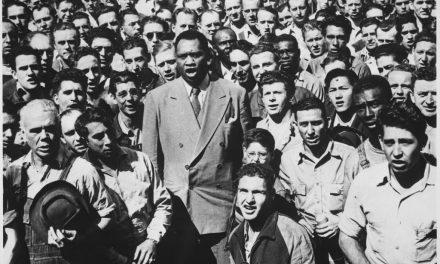