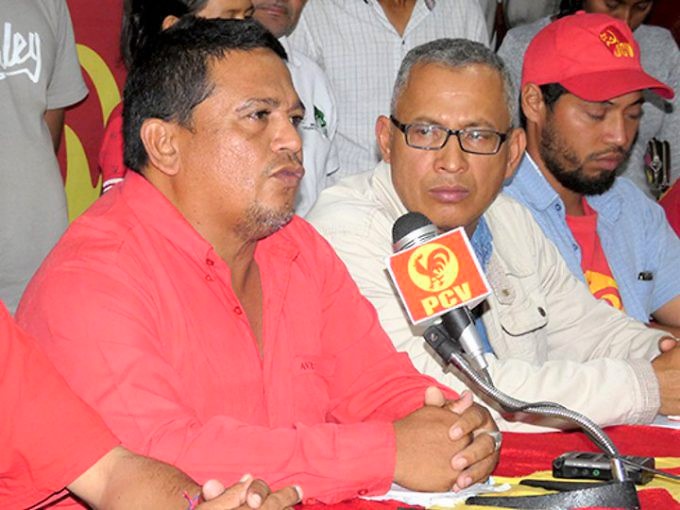 On Wednesday, October 31, 2018, Luis Fajardo, a member of the Central Committee of the Communist Party of Venezuela (PCV) and of the collective leadership of the “Nicomedes Abreu” Class-Based Campesino Organisation, was  assassinated, in a vile, treacherous, and cowardly way, alongside Javier Aldana, also a member of the campesino movement.

The killing occurred in the La Palma sector of Nueva Bolivia, in the Tulio Febres Cordero municipality of Merida State when both men were arriving at Fajardo’s home after a day of work.

In the twelve months since, the PCV has denounced the crime and demanded that the national government and other state institutions carry out a full investigation. We have also demanded the consequent and exemplary punishment be applied to the intellectual and material authors of the assassinations, as well as to any accomplices they may have had. These efforts have been fruitless so far.

Fajardo, a militant campesino leader, led the struggle for the recovery of Caño Rico ranch in the Sur del Lago region [which encompasses both Merida State and] Zulia State.

More than 300 families, organised in campesino councils, cooperatives and political fronts, demanded – and still demand – that the National Land Institute (INTI) formalise the assignation of the 522 hectares of the ranch’s land which is 95 percent idle.

The PCV remembers that the assassinations were carried out just a few days after an inspection of the ranch by national authorities, which was achieved by the political and mass-based pressure applied.

The Communist Party has insisted that state institutions should respond by guaranteeing an end to [criminal] impunity, and applying the maximum sentence to all of those responsible for the assassinations, as well as finding a solution to the demands of the campesinos.

In this sense, the communists continue to demand a two-pronged justice: firstly to uncover and punish the intellectual and material perpetrators of the crime, as well as their accomplices, and secondly the immediate handing over of the land to the campesino families.

At the time, PCV General Secretary Oscar Figuera highlighted that

Beginning with these struggles, our comrades have received harassment, persecution and threats for many months. These actions can principally be traced back to Carlos Sulbaran, the local landlord, and his administrator, Hector Soto.

As such, Figuera indicated that they should be the first to be investigated.

The communist leader also declared that these assassinations

Additionally, he states that

In this society of accomplices, which operate in favour of the landlords, it’s notable that the institutions which are meant to act did not. These include the INTI and the Ministry of Land and Agriculture, whose self-interested delay in the assignation of the land to the campesino families gave the landlords time to evict [the occupying campesinos], destroying their crops and attempting to show that the land was neither occupied nor being used by these families.

Figuera also emphasised that these denunciations were made publicly, and formalised in [state] institutions, but that

There was no response nor measure taken by the public prosecutor’s office, the government, or any other state institution which may have protected the lives of the campesino leaders of the zone, and in particular that of comrade Luis Fajardo.

One week after the assassinations of Fajardo and Aldana, on November 7, 2018, a commission from the PCV’s Political Bureau met with Vice-Attorney General Beysce Loreto, and on the following day with Executive Vice President Delcy Rodriguez, explaining the case to both and demanding that justice be fully enacted.

Likewise, [in both meetings] the PCV brought up the assassination attempt against another Communist campesino leader in Barinas State, Robinson Garcia, on October 9, 2018 as well as the government’s about face [in the policy] of granting land to particular benefactors, the serious problems in the workplace, and the failure to fulfil the [March 2018 electoral .

Both functionaries showed a good level of receptivity to the issues, but warned that [solutions to] many of them depended on Attorney General Tarek William Saab and President Nicolas Maduro to be carried out. In response, the PCV emphasised the importance and urgency of holding direct meetings with both men, something which, to date, hasn’t happened.

This institutional lethargy can also be seen in the fact that on June 14, 2018, [in its regular press conference] the PCV warned about “the death threats against comrade Luis Fajardo (and other campesino leaders)” and demanded “urgent measures from the government which safeguard the security and integrity of these popular leaders and their families.”

Likewise, on July 19, 2018, the PCV told press that “the unpunished acts of the security forces, of INTI bureaucrats, and of civilian and military landlords […] threaten the life of Luis Fajardo.”

The views expressed in this article are the author’s own and do not necessarily reflect those of the Venezuelanalysis editorial staff.

Translation by Paul Dobson for Venezuelanalysis. 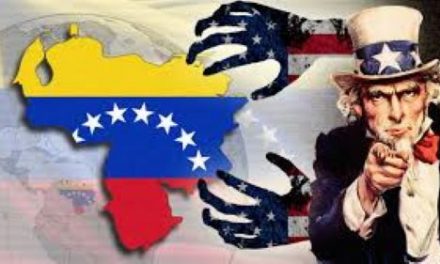