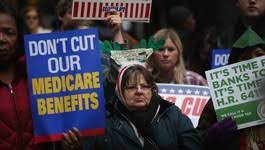 “The industry thinks they can save it with minor tweaks and cosmetic fixes. But we won’t back down until Direct Contracting is shut down, for good,” one doctor said of the Trump-era program.

Physicians and progressive advocates on Tuesday urged the Department of Health and Human Services to reject an industry appeal to tweak and rebrand—not end altogether—a Medicare privatization scheme known as Direct Contracting, which the Trump administration launched in 2020.

Members of Physicians for a National Health Program (PNHP), which represents 24,000 doctors and other health professionals, has been working for months to bring lawmakers’ attention to the DC program and pressure the Biden administration to terminate it while it’s still in an experimental phase.

As a result of PNHP’s efforts, dozens of Democrats—including Rep. Pramila Jayapal (D-Wash.) and Sen. Elizabeth Warren (D-Mass.)—have spoken out against the DC pilot, opposition that appears to have caught the notice of healthcare industry groups that stand to benefit from the program.

In a letter sent earlier this week, more than 220 healthcare organizations—including active participants in the DC program known as Direct Contracting Entities (DCEs)—implored HHS Secretary Xavier Becerra “to not cancel” the privatization scheme and dismissed recent criticism of the experiment as “misleading and flat out false.”

“Fix, don’t end, the Direct Contracting Model,” reads the letter. “For example, you can limit participation to certain types of DCEs, such as provider-led DCEs, and place additional guardrails and add more beneficiary protections. A rebranding and name change would also help communicate how this model is part of the evolution to accountable care.”

But PNHP countered in a letter of its own on Tuesday that such “superficial tweaks and cosmetic changes will not alter DC’s fundamental flaws.”

The industry coalition’s proposal to increase provider control over DCEs—the majority of which are currently controlled by investors—would do little to alter the DC program’s core imperatives, PHNP president Dr. Susan Rogers argued in the new letter to Becerra.

“Even with more provider governance, DCEs are ultimately accountable to investors, which include private equity firms and commercial insurers active in [Medicare Advantage],” Rogers wrote. “Investors want a return on their investment, creating a dangerous incentive for DCEs to both maximize revenues through upcoding, and minimize medical expenditures by restricting patient care.”

As for the industry recommendation of additional “guardrails” for the DC program, Rogers wrote, “Our experience from Medicare’s other managed care experiment, Medicare Advantage, shows that when regulators install new guardrails that threaten profits, the industry will simply build a bigger truck to run them over.”

“The DCE industry represents its own interests and that of its investors, and does not speak for physicians,” Rogers continued. “As physicians, we urge you to end the dangerous DC program and work tirelessly to strengthen and protect Traditional Medicare, both for today and for generations to come.”

The Trump administration quietly announced the DC pilot in April 2019 despite internal legal concerns about the program, under which the federal government pays DCEs to cover a specified portion of a patient’s medical care.

DCEs are allowed to keep as profit the funding they don’t spend on care, a set-up that critics say incentivizes DCEs to skimp on patients.

“Direct contracting is nothing more than privatizing Medicare,” Alex Lawson, executive director of the progressive advocacy group Social Security Works, said in a statement Tuesday. “It inserts a corporate bureaucrat between a patient and their doctor in order to deny care and make Wall Street money. The Biden administration must completely eliminate Direct Contracting—nothing less than that is acceptable.”

The DC experiment, which the Biden administration has thus far refused to cancel, was developed by Adam Boehler, who served as director of the Center for Medicare and Medicaid Innovation (CMMI) during Donald Trump’s presidency.

Prior to his tenure at CMMI, Boehler was the CEO of Landmark Health, a venture capital-backed startup that was selected in late 2020 to participate in the DC pilot.

CMMI is currently headed by Elizabeth Fowler, the former vice president of public policy and external affairs for WellPoint, Inc.—a firm that later became Anthem, one of the largest for-profit insurance companies in the U.S. and a major player in the Medicare Advantage industry.

“We can’t afford even more for-profit middlemen getting between America’s seniors and the care they need, especially seniors that chose to avoid Medicare Advantage for a variety of reasons,” argued Eagan Kemp, a health policy advocate for Public Citizen. “HHS should be working to strengthen Medicare, not pushing seniors into an untested program where for-profit companies can benefit by denying care. There are much more savings to be had by cracking down on Medicare Advantage than through pushing seniors into Direct Contracting.”

Advocates and healthcare professionals fear that if the DC program is allowed to run its course, traditional Medicare could be fully privatized by the end of the decade—without the consent of patients or a vote in Congress.

“Direct Contracting Entities and their Wall Street investors hoped they could fly under the radar of seniors, healthcare advocates, and members of Congress,” Rogers said in a statement Tuesday. “Now that HHS is feeling pressure to end this backdoor privatization of Medicare, the industry thinks they can save it with minor tweaks and cosmetic fixes. But we won’t back down until Direct Contracting is shut down, for good.” 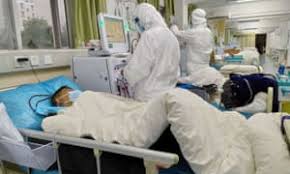