Representatives Too Invested in Defense Contractors 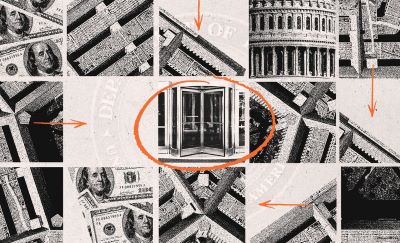 By Dylan Hedtler-Gaudette and Nathan Siegel

As Congress considers two monumentally important pieces of legislative business — the annual defense policy bill and a historic reform to congressional ethics rules — it is worth taking some time to consider just how deep the potential for corruption goes in both these areas and how they intersect with one another. In other words, congressional corruption and ethical failings are inextricably linked to the military-industrial-congressional complex — the unhealthy intersection between Congress and the defense sector. This situation calls for serious reforms, and Congress is the only stakeholder that can make that happen.

There are few examples that better highlight the ethical dysfunction in Congress than the excessively cozy relationship between policymakers and the defense industry. Each year, including this one, members of the House and Senate armed services committees and the House and Senate appropriations committees craft the policy and allocate the hundreds of billions of taxpayer dollars that fund the Pentagon. The National Defense Authorization Act (NDAA) is the primary vehicle for defense policy. The accompanying appropriations bill allocates the money to operationalize the policy laid out in the NDAA. To put this in perspective, consider that the defense budget now clocks in at more than $800 billion and the Pentagon allocated $420 billion in contracts in fiscal year 2020 — over half the total defense budget and a contract dollar amount larger than every other federal agency combined.

In light of the scale and scope of defense spending, reasonable observers could be forgiven for assuming there might be some prudential rules in place to prevent corruption when it comes to Congress’s work regarding the defense industry. Unfortunately, there are virtually no such rules. In fact, the current framework around congressional conflicts of interest and campaign finance regarding industry relationships is so permissive as to all but guarantee the perversion of the policymaking process in this area.

There are few, if any, rules in place that restrict or prohibit members of Congress who sit on committees that oversee and legislate defense policy from holding direct personal financial stakes in defense companies, including through the ownership of stock. This means there is nothing stopping members of the House and Senate armed services committees (as well as each chamber’s respective defense subcommittee of the appropriations committee) from directly tying their own personal financial interests to the financial interests of defense contractors, all while passing laws that would steer billions of tax dollars to those very same companies. Again, these contracts total hundreds of billions of dollars each year.

Defense policy is supposed to be aimed toward promoting national security and long-term strategic stability, not the pecuniary wellbeing of a few lawmakers and the profits of an even narrower set of defense companies.

This scenario is not hypothetical. There are more than a dozen members of Congress who own stock or have some other direct financial investment in the defense industry while sitting on committees related to appropriations and defense, according to data compiled by OpenSecrets and Smart Insider. Representative Hal Rogers (R-KY) of the House Appropriations Defense Subcommittee, Representative Ro Khanna (D-CA) of the House Armed Services Committee, Senators Dianne Feinstein (D-CA) and Susan Collins (R-ME) of the Senate Appropriations Defense Subcommittee, and Senators Tommy Tuberville (R-AL) and Gary C. Peters (D-MI) of the Senate Armed Services Committee represent just a few of the coterie who have recently owned stocks that could be considered a conflict of interest given their positions.

It goes without saying that this reality alone poses a clear risk of corruption and of muddying the defense policymaking process. Defense policy is supposed to be aimed toward promoting national security and long-term strategic stability, not the pecuniary wellbeing of a few lawmakers and the profits of an even narrower set of defense companies. But even in the absence of any impropriety, the mere appearance of these conflicts of interest feeds into a cynical and disaffected public perception of how Congress works and whose interests it furthers.

A Cash Cow for Congressional Committees

Defense companies are active participants in the military-industrial-congressional complex and its many corrosive effects. Each election cycle sees the defense industry making millions of dollars in campaign contributions to top congressional leaders and key lawmakers, including some of the same members of the pivotal defense-related committees mentioned earlier, according to data compiled by OpenSecrets. Tracking donations from political action committees (PACs) to campaigns in 2020, Raytheon gave around $790,000 to members of defense committees, including individual checks of $18,000 to Representative Joe Courtney (D-CT), $17,000 to Representative Anthony Brown (D-MD), and $18,500 to Senator Mitch McConnell (R-KY) according to OpenSecrets Data.

After Raytheon and L3Harris, the rest of the top ten defense companies donating campaign cash were Lockheed Martin, Northrop Grumman, General Dynamics, BAE Systems, General Atomics, Huntington Ingalls Industries, Boeing, and Leidos. These companies lined members’ campaign coffers with millions of dollars in PAC funding. In fact, Representative Sara Jacobs (D-CA) appears to be the only member of any defense committee who has not received defense PAC funds in any of the last three campaign cycles, and she only began her time in Congress last year.

Receiving campaign donations directly from the same companies and industries lawmakers are tasked with overseeing creates a looming threat of corruption, further undermining the process of making defense policy and spending public dollars.

An especially noteworthy example of how this nexus between Congress and the defense industry can potentially influence policy and spending involves Representative Mike Rogers (R-AL), the top-ranking Republican on the House Armed Services Committee. Rogers is currently the top recipient of defense industry campaign contributions for the 2022 midterm election cycle. Rogers was also an outspoken proponent of increasing the defense budget by tens of billions of dollars more than what the Pentagon itself requested. Unfortunately, that more than $30 billion increase in the defense budget was ultimately adopted by the House Armed Services Committee by a wide and bipartisan margin and remained in the bill when it passed the chamber in mid-July.

The “Golden Amendment” to increase the defense budget by more than $30 billion was offered by Representative Jared Golden (D-ME), and was supported by 28 Republicans and 14 Democrats. Several committee members who voted in favor of the topline increase also own, or recently owned, stock or financial assets in the defense industry, including Representatives Blake Moore (R-UT), Mike Gallagher (R-WI), Mo Brooks (R-AL), Pat Fallon (R-TX), and Robert Wittman (R-VA). Committee members who voted in favor of the Golden Amendment received 1.72 times more campaign contributions than those who voted against the amendment in the 2022 election cycle, 1.44 times more contributions in the 2020 election cycle, and 1.36 times more contributions in the 2018 cycle.

We shouldn’t put the public in the position of constantly needing to check every member’s finances for conflicts of interest when legislation is under serious consideration, especially when that legislation implicates the tools and resources that affect national security and the safety of servicemembers, as well as nearly a trillion dollars of the public’s money.

Because this is an institutional and bipartisan problem, the solutions must be institutional and bipartisan as well. One commonsense reform that Congress should immediately advance and enact is a flat-out prohibition on members of Congress (and their immediate families) from owning stocks and other financial assets. This would unequivocally eliminate any reasonable questions about whether a member’s own stock portfolio is driving their policymaking. The good news is that Congress is currently in the midst of robust negotiations about enacting just this kind of prohibition on owning or trading stock. The bad news is that the 117th Congress does not have much time left for legislating, and this particular reform effort is in very real danger of failing unless lawmakers act with urgency to get it done before the end of the year.

If Congress fails to enact this much-needed reform, the very least it must do is enact rules, either statutory or internal rules, that create commonsense restrictions on the committee assignments members of Congress can hold. This would prevent any appearance of a conflict between that committee service and a member’s campaign contributions or direct financial entanglements with industries and companies they would oversee on those committees. While a cleaner, simpler ban of stock ownership across the board is preferrable, at least this kind of contingent prohibition carries the potential to reduce conflicts of interest and corruption at the margins.

To address the potential conflicts of interest created by campaign contributions, there are myriad proposals aimed at addressing outsized and distortionary corporate influence in the electoral context, and they deserve careful consideration by Congress. While POGO has endorsed bills in the past that have, among other things, reversed the Citizens United campaign finance scheme that enabled bottomless dark money spending, we would also encourage Congress to create rules that shed more light into the murky recesses of campaign finance and limit what members can do in terms of raising funds from stakeholders with direct financial interests related to a member’s duties.

There are related areas that demand reform, including the revolving door between Congress and the defense industry. It is all too common for former members of Congress and staffers on committees related to the defense industry to immediately transition to employment with a defense firm, or to begin work as a lobbyist or consultant for defense firms before returning to Congress again (in the case of staffers, at least). This phenomenon calls into question the incentives and interests of congressional staffers and members on defense-related committees when they may be eyeing more lucrative employment with the sectors and companies they are ostensibly overseeing and regulating. It’s worth considering stronger rules surrounding cooling-off periods — the mandatory wait time between holding official positions and accepting employment with a related industry or company — and restrictions on employment-related communications between officials or staffers and potential future employers.

Congress has a massive challenge ahead in trying to regain public trust. The military-industrial-congressional complex is a particularly glaring, odious example of how a lack of congressional ethics standards surrounding stock trading and campaign contributions and the resultant public distrust in Congress plays out. Of course, the defense industry is not the only one that wields undue and disruptive influence over lawmakers and the policymaking process: Wall Street, the pharmaceuticals industry, Big Dairy, and a slew of other powerful, entrenched stakeholders engage in similar practices and receive comparable perks at the expense of taxpayers. This dynamic is a form of corruption, plain and simple, but in the case of the military-industrial-congressional complex, nearly a trillion dollars in taxpayer money is at stake, as well as the public’s trust in their government. If Congress wants to serve as a responsible steward of both the people’s trust and their money, smashing the stranglehold of the military-industrial-congressional complex is a fine place to start. 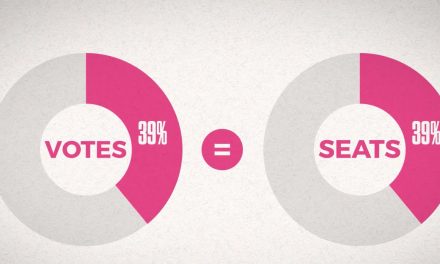