It’s widely believed outside the former republics of the USSR that Soviet citizens fervently wished for this; that Stalin was hated as a vile despot; that the USSR’s socialist economy never worked; and that the citizens of the former Soviet Union prefer the life they have today under capitalist democracy to, what, in the fevered parlance of Western journalists, politicians and historians, was the repressive, dictatorial rule of a one-party state which presided over a sclerotic, creaky and unworkable socialist economy.

None of these beliefs is true.

Myth #1. The Soviet Union had no popular support. On March 17, 1991, nine months before the Soviet Union’s demise, Soviet citizens went to the polls to vote on a referendum which asked whether they were in favor of preserving the USSR. Over three-quarters voted yes. Far from favoring the breakup of the union, most Soviet citizens wanted to preserve it. [1]

Myth #2. Russians hate Stalin. In 2009, Rossiya, a Russian TV channel, spent three months polling over 50 million Russians to find out who, in their view, were the greatest Russians of all time. Prince Alexander Nevsky, who successfully repelled an attempted Western invasion of Russia in the 13th century, came first. Second place went to Pyotr Stolypin, who served as prime minister to Tsar Nicholas II, and enacted agrarian reforms. In third place, behind Stolypin by only 5,500 votes, was Joseph Stalin, a man that Western opinion leaders routinely describe as a ruthless dictator with the blood of tens of millions on his hands. [2] He may be reviled in the West, not surprisingly, since he was never one after the hearts of the corporate grandees who dominate the West’s ideological apparatus, but, it seems, Russians have a different view—one that fails to comport with the notion that Russians were victimized, rather than elevated, by Stalin’s leadership.

In a May/June 2004 Foreign Affairs article, (Flight from Freedom: What Russians Think and Want), anti-communist Harvard historian Richard Pipes cited a poll in which Russians were asked to list the 10 greatest men and women of all time. The poll-takers were looking for significant figures of any country, not just Russians. Stalin came fourth, behind Peter the Great, Lenin, and Pushkin…much to Pipes’ irritation. [3]

Myth #3. Soviet socialism didn’t work. If this is true, then capitalism, by any equal measure, is an indisputable failure. From its inception in 1928, to the point at which it was dismantled in 1989, Soviet socialism never once, except during the extraordinary years of World War II, stumbled into recession, nor failed to provide full employment. [4] What capitalist economy has ever grown unremittingly, without recession, and providing jobs for all, over a 56 year span (the period during which the Soviet economy was socialist and the country was not at war, 1928-1941 and 1946-1989)? Moreover, the Soviet economy grew faster than capitalist economies that were at an equal level of economic development when Stalin launched the first five year plan in 1928—and faster than the US economy through much of the socialist system’s existence. [5] To be sure, the Soviet economy never caught up to or surpassed the advanced industrial economies of the capitalist core, but it started the race further back; was not aided, as Western countries were, by histories of slavery, colonial plunder, and economic imperialism; and was unremittingly the object of Western, and especially US, attempts to sabotage it. Particularly deleterious to Soviet economic development was the necessity of diverting material and human resources from the civilian to the military economy, to meet the challenge of Western military pressure. The Cold War and arms race, which entangled the Soviet Union in battles against a stronger foe, not state ownership and planning, kept the socialist economy from overtaking the advanced industrial economies of the capitalist West. [6] And yet, despite the West’s unflagging efforts to cripple it, the Soviet socialist economy produced positive growth in each and every non-war year of its existence, providing a materially secure existence for all. Which capitalist economy can claim equal success?

Myth #4. Now that they’ve experienced it, citizens of the former Soviet Union prefer capitalism. On the contrary, they prefer the Soviet system’s state planning, that is, socialism. Asked in a recent poll what socio-economic system they favor, Russians answered [7]:
•    State planning and distribution, 58%
•    Private property and distribution, 28%
•    Hard to say, 14%
•    Total, 100%
Pipes cites a poll in which 72 percent of Russians “said they wanted to restrict private economic initiative.” [8]

Myth #5. Twenty-two years later, citizens of the former Soviet Union see the USSR’s demise as more beneficial than harmful. Wrong again. According to a just-released Gallup poll, for every citizen of 11 former Soviet republics, including Russia, Ukraine and Belarus, who thinks the breakup of the Soviet Union benefited their country, two think it did harm. And the results are more strongly skewed toward the view that the breakup was harmful among those aged 45 years and over, namely, the people who knew the Soviet system best. [9]

According to another poll cited by Pipes, three-quarters of Russians regret the Soviet Union’s demise [10]—hardly what you would think of people who were reportedly delivered from a supposedly repressive state and allegedly arthritic, ponderous economy.

Myth #6. Citizens of the former Soviet Union are better off today. To be sure, some are. But are most? Given that more prefer the former socialist system to the current capitalist one, and think that the USSR’s breakup has done more harm than good, we might infer that most aren’t better off—or at least, that they don’t see themselves as such. This view is confirmed, at least as regards life expectancy. In a paper in the prestigious British medical journal, The Lancet, sociologist David Stuckler and medical researcher Martin McKee, show that the transition to capitalism in the former USSR precipitated a sharp drop in life-expectancy, and that “only a little over half of the ex-Communist countries have regained their pre-transition life-expectancy levels.” Male life expectancy in Russia, for example, was 67 years in 1985, under communism. In 2007, it was less than 60 years. Life expectancy plunged five years between 1991 and 1994. [11]

The transition to capitalism, then, produced countless pre-mature deaths—and continues to produce a higher mortality rate than likely would have prevailed under the (more humane) socialist system. (A 1986 study by Shirley Ciresto and Howard Waitzkin, based on World Bank data, found that the socialist economies of the Soviet bloc produced more favorable outcomes on measures of physical quality of life, including life expectancy, infant mortality, and caloric intake, than did capitalist economies at the same level of economic development, and as good as capitalist economies at a higher level of development. [12])

As regards the transition from a one-party state to a multi-party democracy, Pipes points to a poll that shows that Russians view democracy as a fraud. Over three-quarters believe “democracy is a facade for a government controlled by rich and powerful cliques.” [13] Who says Russians aren’t perspicacious?

Myth #7. If citizens of the former Soviet Union really wanted a return to socialism, they would just vote it in. If only it were so simple. Capitalist systems are structured to deliver public policy that suits capitalists, and not what’s popular, if what’s popular is against capitalist interests. Obamacare aside, the United States doesn’t have full public health insurance. Why not? According to the polls, most Americans want it. So, why don’t they just vote it in?

The answer, of course, is that there are powerful capitalist interests, principally private insurance companies, that have used their wealth and connections to block a public policy that would attenuate their profits. What’s popular doesn’t always, or even often, prevail in societies where those who own and control the economy can use their wealth and connections to dominate the political system to win in contests that pit their elite interests against mass interests. As Michael Parenti writes,

Capitalism is not just an economic system, but an entire social order. Once it takes hold, it is not voted out of existence by electing socialists or communists. They may occupy office but the wealth of the nation, the basic property relations, organic law, financial system, and debt structure, along with the national media, police power, and state institutions have all been fundamentally restructured. [14]

A Russian return to socialism is far more likely to come about the way it did the first time, through revolution, not elections—and revolutions don’t happen simply because people prefer a better system to the one they currently have. Revolutions happen when life can no longer be lived in the old way—and Russians haven’t reached the point where life as it’s lived today is no longer tolerable.

Interestingly, a 2003 poll asked Russians how they would react if the Communists seized power. Almost one-quarter would support the new government, one in five would collaborate, 27 percent would accept it, 16 percent would emigrate, and only 10 percent would actively resist it. In other words, for every Russian who would actively oppose a Communist take-over, four would support it or collaborate with it, and three would accept it [15]—not what you would expect if you think Russians are glad to get out from underneath what we’re told was the burden of communist rule.

So, the Soviet Union’s passing is regretted by the people who knew the USSR firsthand (but not by Western journalists, politicians and historians who knew Soviet socialism only through the prism of their capitalist ideology.) Now that they’ve had over two decades of multi-party democracy, private enterprise and a market economy, Russians don’t think these institutions are the wonders Western politicians and mass media make them out to be. Most Russians would prefer a return to the Soviet system of state planning, that is, to socialism.

Even so, these realities are hidden behind a blizzard of propaganda, whose intensity peaks each year on the anniversary of the USSR’s passing. We’re supposed to believe that where it was tried, socialism was popularly disdained and failed to deliver—though neither assertion is true.

Of course, that anti-Soviet views have hegemonic status in the capitalist core is hardly surprising. The Soviet Union is reviled by just about everyone in the West: by the Trotskyists, because the USSR was built under Stalin’s (and not their man’s) leadership; by social democrats, because the Soviets embraced revolution and rejected capitalism; by the capitalists, for obvious reasons; and by the mass media (which are owned by the capitalists) and the schools (whose curricula, ideological orientation and political and economic research are strongly influenced by them.)

So, on the anniversary of the USSR’s demise we should not be surprised to discover that socialism’s political enemies should present a view of the Soviet Union that is at odds with what those on the ground really experienced, what a socialist economy really accomplished, and what those deprived of it really want. 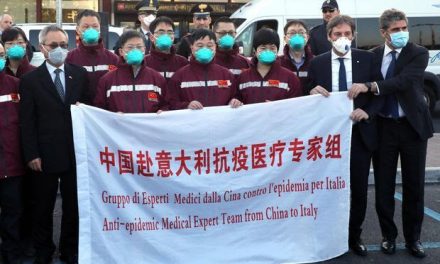 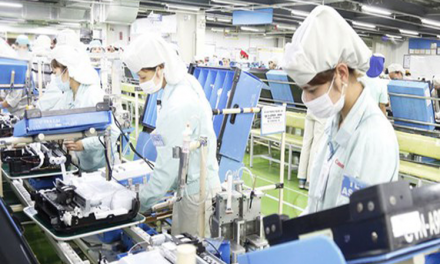