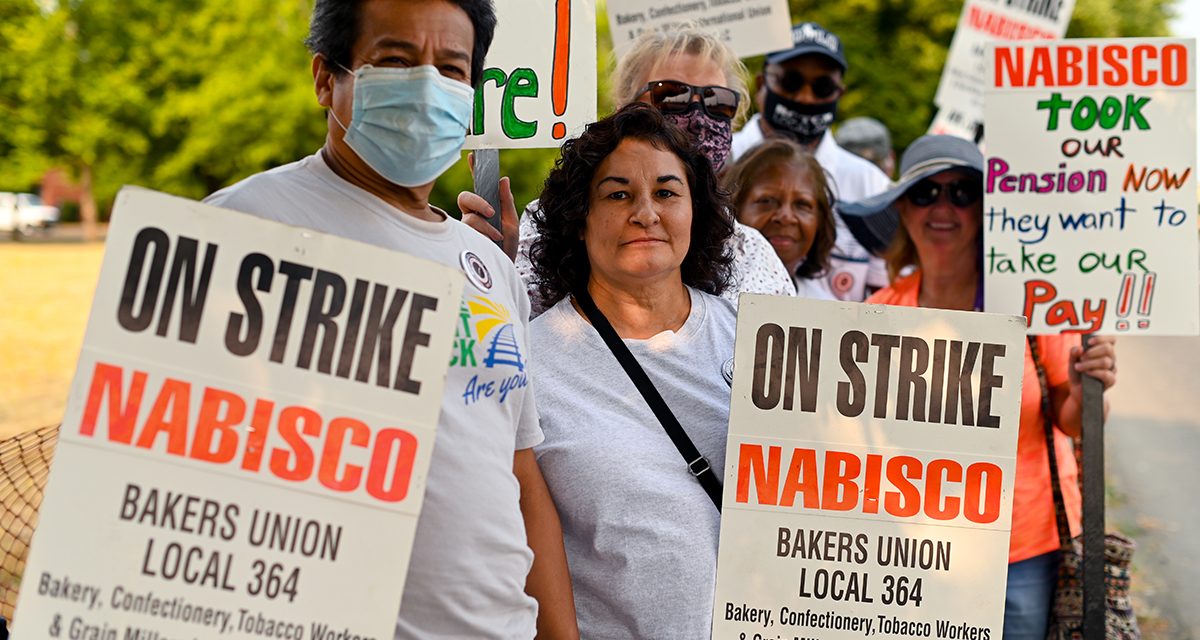 In one of the biggest recent private sector strikes in the US, unionized workers who make Oreos, Chips Ahoy!, Newtons and other Nabisco snacks are on strike in at least five states — Colorado, Georgia, Illinois, Oregon, and Virginia — over unjust demands for contract concessions.

Members of the Bakery, Confectionery, Tobacco Workers and Grain Millers union have rejected management’s call for changes in shift lengths and overtime rules. The workers are also calling for the restoration of a pension plan, which Nabisco’s owner, Mondelez International, replaced in 2018 with a 401(k) program after a contract impasse.

Union workers have often put in 16-hour days as demand for snack foods has increased during the pandemic.

Kraft Food workers in Barquisimeto, Venezuela sent the video solidarity greeting [below] to the US Nabisco workers who are on strike.  Mondelez is a transnational corporation that owns both Kraft and Nabisco.