Atilio A. Boron explains why continued imprisonment of the Cuban Five is an abomination. U.S. hypocrisy is on display, once more. He renews the call for President Obama to send them home.

You may know Â although many people inside and outside the United States donÂt know Â that five men who fought terrorism are incarcerated in U.S. prisons, and are there unjustly.

They are prisoners precisely because they infiltrated Miami-based terrorist organizations protected in various ways by the U.S. government. Â Their purpose was to foil plans resulting in 3478 lives being lost, Cubans and non-Cubans alike, and beyond that, resulting in 2099 disabled people.

So, terrorism is responsible for 5577 victims. In a word, that means one terrorist victim for every 1972 Cubans. Â A scandalously elevated ratio is conferred upon a country that has declared war on no one and that, nevertheless, has been viciously attacked for more than half a century.

The ÂCuban FiveÂ never took information from any U. S. government organization, never appropriated official documents, and committed absolutely no crime apart from gaining inside knowledge of plans hatched by criminal organizations.

Yet these Cuban fighters were arrested by North American authorities, convicted in a trial plagued with irregularities, and sentenced to long terms in prison. Initially there were four life sentences plus 77 years. Then three of them, Antonio Guerrero RodrÃ­guez, RamÃ³n LabaÃ±ino Salazar, and Fernando GonzÃ¡lez Llort were resentenced. Gerardo HernÃ¡ndez Nordelo and RenÃ© GonzÃ¡lez Sehwerert were each denied the right of being resentenced.

The sentences currently are: Fernando 17 years and 9 months; Antonio 21 years and 10 months; RamÃ³n 30 years; and Gerardo, two life sentences plus 15 years. RenÃ©, who finished his 15 year sentence on October 7, 2011, was granted three more years of supervised liberty for the ÂcrimeÂ of having been born in the United States!Â  They will try to do the same with Antonio, who was also born in that country.

And although they were not accused of committing a federal crime, it was decided to try them no where else but in Miami, where that cityÂs counterrevolutionary press and encysted anti-Castro mafia had already convicted them. Thus the ÂFiveÂ were denied same right to a fair trial U.S. justice guarantees to a violent offender or a serial assassin of primary school children, that is to say, transferring him to a city where jurors are free from media pressures.

These Cuban heroes are nearing the end of almost 15 unbearable years in prison, except for RenÃ© GonzÃ¡lez who absurdly has to stay in Florida for two more years of supervised liberty before being able to return to Cuba. All in all, this adds up to unjust, illegal sentences that violate the Constitution of the United States itself. Not only that: the prisonersÂ families have been subjected to merciless punishment.

During all this time, Olga Salanueva and Adriana PÃ©rez, wives respectively of RenÃ© and Gerardo, have been denied entry visas to the United States for the sole purpose of visiting their spouses. That violates the right of every prisoner to receive family visits, and rights of their families. Â Human Rights organizations throughout the World, among them by Amnesty International, have repeatedly denounced this violation of rights.

According to U.S. authorities on many occasions, family visits would endanger the national security of the most powerful empire ever to exist on the face of the earth.Â  They forbid the ÂFiveÂ from visiting gravely ill family members, even those on their death bed. How else can this be seen other than as cruelty repugnant to whatever defines us as human beings – more even than as the flagrant injustice it is?

How else can one explain this sick barbarism applied to prisoners and their families alike, also such systematic violation of North American judicial institutionalism itself?Â  We believe these moral aberrations express an insane will to teach Cuba a lesson because it dared to carry out a revolution and construct socialism.Â

They inflict exemplary punishment upon an underdeveloped third world country that, thanks precisely to its revolution, can guarantee health and education status far superior to that of most countries of the developed world, and also promote access to culture and recreation for everybody.Â

ThatÂs the case because in socialist Cuba there is no commercialization of health, education, culture, social security, recreation, and all those goods and services required for worthwhile living. This affliction weighing upon almost all Latin America and Caribbean countries does not exist in Cuba, and so the island of Marti and Fidel represents a abominable example that the empire seeks to eradicate at whatever price.

But to do that, it has to violate whatever moral or religious norms do exist in that country with all its laws and constitutional prescriptions, where ÂIn God we trustÂ is imprinted on dollar bills.

In open contrast with policies used against anti-terrorist Cuban heroes, the U. S. government validated and provided support for the work of two of the continentÂs most bloody terrorists: Orlando Bosch and Luis Posada Carriles. They are authors of innumerable crimes, active protagonists of major atrocities committed against the Cuban people, their government and against other countries too.

Yet both of them passed muster in the intelligence services of the United States. Rulers there took them into its bosom, protected them, and assured them total impunity for their crimes. In April 2012, Bosch left this world like an unblemished soul, in his case without ever having been bothered for his numerous crimes.

Not only that: to its eternal shame, that most Âserious and rigorousÂ University of Miami, where many American and Caribbean students are enrolled, irretrievably destroyed its remaining shaky reputation Â ItÂs one of the most virulent factories of lies and defamations against Cuba – Â by conferring the title Doctor Honoris Causa on Orlando Bosch.

At the time it dismissed any evidence showing him as the lead actor, joined by Posada Carriles, in sinister projects like Plan Condor that devastated South America in the 1970Âs, the attack on Cubana airlines flight 455 that ended up killing 73 persons, and allegedly the assassination of Orlando Letelier in Washington in 1976.

Bosch is now dead, but Posada Carriles is alive still. He moves around with total freedom and is protected by U. S. Laws and U.S. authorities. Thus, while those who did fight terrorism are in the empireÂs prison purgatories subjected to penalties as enormous as they are unjust, the worst terrorists of our era still enjoy favors and impunity conferred on them by the White House. Â

But history has not ended. We are certain the people and the government of Cuba will secure the return of CubaÂs sons to the island. Obama, that unusual Nobel Peace Prize winner (2009), has in his hands the possibility of bringing an end to so much injustice and cruelty. One of the prerogatives of a president of the United States would be to sign a pardon by which these men who fought against terrorism would get their freedom back, could reunite with their families, and remake their lives and their familiesÂ lives, brutally violated by 15 years of prison incarcerations and separations.

If Obama were consistent with his talk and non-stop appeal to religious sentiments of the North American people and if he were, as he proclaims, a man moved by deep humanitarian impulses, then he would have to sign a pardon right now, without a minute more of delay. That would be the only way he might beÂ Â  able to justify, at least partially, the Nobel [Prize] conferred on him.

If he doesnÂt do it, no longer will there be the least doubt that history will not absolve him. A mark of disgrace would be left behind signifying one of the major fiascos of his era. One hopes he has the wisdom and the valor to sign the pardon the ÂFiveÂ deserve. He would be putting an end to so much effrontery to the highest humanitarian values of our time. 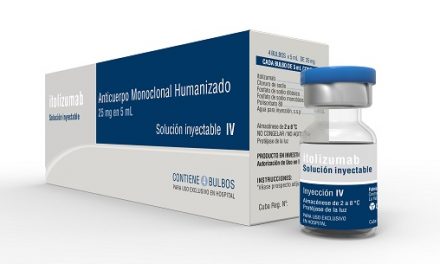