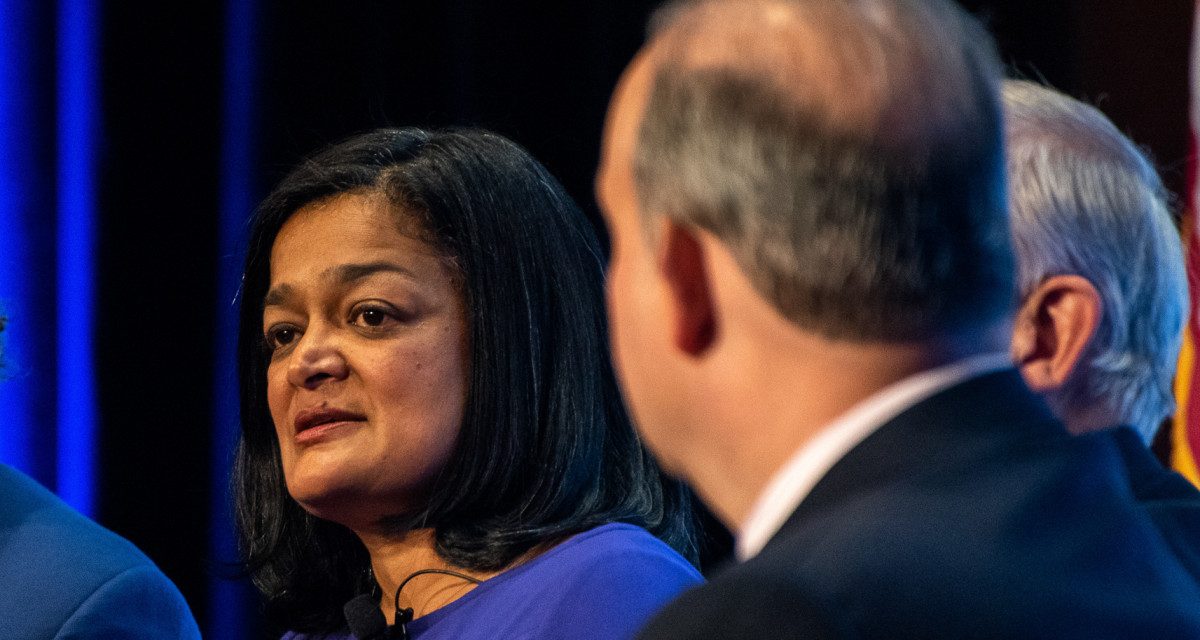 On Oct. 24, 30 members of the Congressional Progressive Caucus signed a letter to President Joe Biden calling for “direct talks with Russia” to end the war in Ukraine. But in an alarming about-face, they withdrew the letter the next day.

The letter urged Biden “to make vigorous diplomatic efforts in support of a negotiated settlement and ceasefire.” It raised the possibility of “incentives to end hostilities, including some form of sanctions relief.”

Since Russia illegally invaded Ukraine, 6,374 civilians are estimated to have been killed, including 402 children, and 9,776 people have been reported injured. The war has impacted the global economy and caused inflation, recession and food and gas shortages.

In the letter, the Congress members cited “the catastrophic possibilities of nuclear escalation and miscalculation, which only increase the longer this war continues.” Calling themselves “legislators responsible for the expenditure of tens of billions of U.S. taxpayer dollars in military assistance in the conflict,” they wrote that they believed “such involvement in this war also creates a responsibility for the United States to seriously explore all possible avenues, including direct engagement with Russia, to reduce harm and support Ukraine in achieving a peaceful settlement.”

But the outcry following its publication, mainly from other Democrats, was so intense that Rep. Pramila Jayapal, chair of the caucus, retracted the letter on Oct. 25.

The retraction followed a Washington Post article written by Yasmeen Abutaleb, who characterized the letter as “urging President Biden to dramatically shift his strategy on the Ukraine war and pursue direct negotiations with Russia, the first time prominent members of his own party have pushed him to change his approach to Ukraine.” The Democratic congressional members who signed the letter did not want to be tarred with the same brush as Republicans calling for a halt to U.S. military aid to Ukraine.

Russian President Vladimir Putin has expressed interest in a direct dialogue between Russia and Ukraine, though it’s not clear what the terms of these discussions would be. But the White House stated on Oct. 26 that it envisions no current possibilities for negotiations to stop the bloodshed.

Although Biden has warned that Russia’s invasion of Ukraine increased the risk of “Armageddon,” the Biden administration’s newly released 2022 Nuclear Posture Review frighteningly allows the “first-use” of nuclear weapons, which violates international law.

On Oct. 27, Russian President Vladimir Putin said that he does not intend to use nuclear weapons, stating, “There is no point in that, neither political nor military.” That position, however, could change as the war progresses.

In the statement of retraction, Jayapal wrote, “The letter was drafted several months ago, but unfortunately was released by staff without vetting. As Chair of the Caucus, I accept responsibility for this.” She added,

“Because of the timing, our message is being conflated by some as being equivalent to the recent statement by Republican Leader McCarthy threatening an end to aid to Ukraine if Republicans take over. The proximity of these statements created the unfortunate appearance that Democrats, who have strongly and unanimously supported and voted for every package of military, strategic, and economic assistance to the Ukrainian people, are somehow aligned with Republicans who seek to pull the plug on American support for President Zelensky and the Ukrainian forces.”

The Oct. 24 letter was not pro-Putin by any means. It referred to “Russia’s war of aggression” and its “outrageous and illegal invasion of Ukraine.” And it mentioned Ukraine’s right of “self-defense” as an “independent, sovereign and democratic state.”

Yet signatories to the letter, including Rep. Mark Takano (D-California), Rep. Chuy Garcia (D-Illinois), Rep. Sara Jacobs (D-California) and Rep. Jamie Raskin (D-Maryland), distanced themselves from the mild statements in it.

Rep. Ro Khanna (D-California), who also signed the letter, stood firm against withdrawing it, calling the letter “common sense” in an interview with CNN. “All the letter said is that we, at the same time that we stand with Ukraine, need to make sure that we’re reducing the risk for nuclear war, that we’re engaging in talks with the Russians to make sure that the conflict doesn’t escalate,” he said.

Khanna tweeted, “We must also pursue every avenue of diplomacy to seek an end to the war. That is not a sign of appeasement, but effective diplomacy and statesmanship to save lives.

Even former President Barack Obama has raised the importance of talking to the Kremlin. “Probably the thing that I’m most concerned about is that lines of communication between the White House and the Kremlin are probably as weak as they have been in a very long time,” he said on Oct. 15.

Moreover, former chairman of the joint chiefs of staff, ret. Adm. Mike Mullen, has advocated the use of diplomacy in this war, stating that Secretary of State Tony Blinken and other diplomats need “to figure out a way to get both [Ukrainian President Volodmyr] Zelenskyy and Putin to the table.”

Anatol Lieven, director of the Eurasia Program at the Quincy Institute for Responsible Statecraft, took aim at the Biden administration’s view that “negotiations for peace or ceasefire are purely a matter for the Ukrainians.”

“That can’t be right. The United States is massively arming Ukraine, funding Ukraine, and running great risks for the sake of Ukraine — nuclear war, but also if you look at global conditions, the threat of recession, inflation in the U.S., the threat of really deep recession in Europe, food shortages in parts of the world.”

He added, “Of course that gives us a say in trying to bring about a peace settlement.”

The United States has appropriated more than $60 billion in assistance to Ukraine.

The United Nations Charter says in Article 2, “All Members shall settle their international disputes by peaceful means in such a manner that international peace and security, and justice, are not endangered.”

Article 33 of the charter states, “The parties to any dispute, the continuance of which is likely to endanger the maintenance of international peace and security, shall, first of all, seek a solution by negotiation, enquiry, mediation, conciliation, arbitration, judicial settlement, resort to regional agencies or arrangements, or other peaceful means of their own choice.”

According to a recent Data for Progress poll, public opinion also supports the pursuit of a diplomatic solution. “A majority (57 percent) of Americans support U.S. negotiations to end the war in Ukraine as soon as possible, even if it means Ukraine making some compromises with Russia,” Jessica Rosenblum wrote for the Quincy Institute for Responsible Statecraft.

Five thousand people have signed a petition circulated by CODEPINK and addressed to Biden, NATO Commander Jens Stoltenberg and EU Commissioner Ursula von der Leyen. It says, “As peace-loving citizens of the world, we urge you to support an immediate ceasefire and negotiated peace in Ukraine.” The petition states that Russia and Ukraine “can negotiate an end to this disastrous war — provided the U.S. and NATO do not torpedo the negotiations with promises of more and more weapons and talk of weakening Russia for regime change.”

This war affects all of us and the threat of nuclear conflagration looms large. House progressives signed a letter that encouraged negotiations to end the bloodshed. But they quickly buckled under pressure and retracted it. The stakes of prolonged war are high but diplomacy remains ephemeral. Until the Biden administration pursues a peaceful settlement with Russia, the war in Ukraine will likely continue to take its toll around the world.

-Marjorie Cohn is professor emerita at Thomas Jefferson School of Law, former president of the National Lawyers Guild, and a member of the national advisory boards of Assange Defense and Veterans For Peace, and the bureau of the International Association of Democratic Lawyers. Her books include Drones and Targeted Killing: Legal, Moral and Geopolitical Issues. She is co-host of “Law and Disorder” radio.

This article is from Truthout and reprinted with permission. 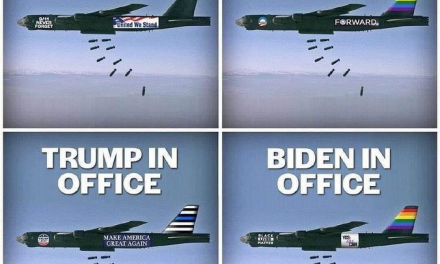 No To Military Action Against Iran! 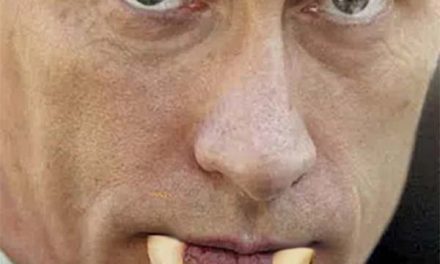