The Hypocrisy of the Assange Case 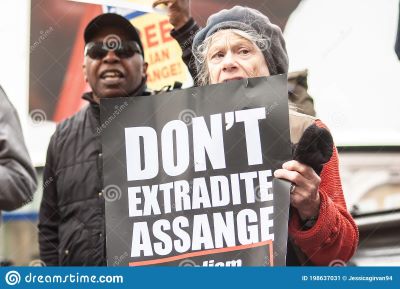 It sounds like a tongue twister, but it is not. Those are the charges against Australian journalist Julian Assange, a total of 17 which will probably turn into 175 years in prison, if he is eventually extradited to the United States.

He sounds like a very bad boy, a real Hollywood-style criminal. Of course, from the United States’ standpoint. If WikiLeaks had revealed the war horrors of any other country, Assange would be a hero, not a criminal.

Or if any other nation were moving land and sea to secure the extradition of a journalist who revealed civilian deaths, acts of torture and clandestine military operations in Iraq and Afghanistan through thousands of documents, then that country would engage in “political persecution” that goes against “freedom of the press” and “represses the media.”

However, since the horrors and violations revealed in those documents were committed by the United States, then that nation “acts in accordance with the law.”. This is hypocrisy.

Assange has been confined in the United Kingdom for more than ten years now. First in the Ecuadorian Embassy in that country and, when former President Lenín Moreno withdrew his refuge in 2019, the journalist remains ever since in the high security prison of Belmarsh, east of London.

Although he is not accused of any charges after serving a 50-week jail sentence for violating a bail in 2012, the British justice system decided to keep him locked up until the extradition case presented by the U.S. prosecution is concluded.

It has been years of struggle by his defense to avoid extradition, which would mean the total annihilation of what Assange has represented for those who dream of a world where war crimes and interference and hegemonic actions do not go unpunished; or at least, do not stay in the dark.

If he sets foot in the United States, not only will his life be in danger, but an alarming precedent will be set for investigative journalists. It would be a direct blow to that banner he is trying to sell: freedom of the press and free speech.

Assange’s team of lawyers has managed to delay that moment that already seems closer with the approval of extradition by the British government, more than a month ago. His legal hopes are running out, however, the support of intellectuals and activists worldwide for his release is growing daily.

Even the President of Mexico Andrés Manuel López Obrador directly asked his counterpart Joe Biden to release the founder of the WikiLeaks portal, to whom he “opens the doors of his country,” and described him as “the best journalist of our time.” He also considered that the treatment he has received only “for denouncing human rights violations” is worse than that of a criminal.

The Mexican president insisted that the United Nations should pronounce itself on this case. In fact, the UN special rapporteur on torture, Nils Melzer, has denounced on numerous occasions that Assange has been subjected to psychological torture. Following the British government’s decision, he said it was another blow to press freedom. “How far have we sunk?” he questioned.

Independent, serious journalism, as Assange did, is a serious threat to the hegemony of the West, which has historically controlled information. For that reason, when crimes committed by the powerful are revealed, there is nothing left but to appeal to double standards and hypocrisy.

The Real Lesson of the New Deal for the US Left