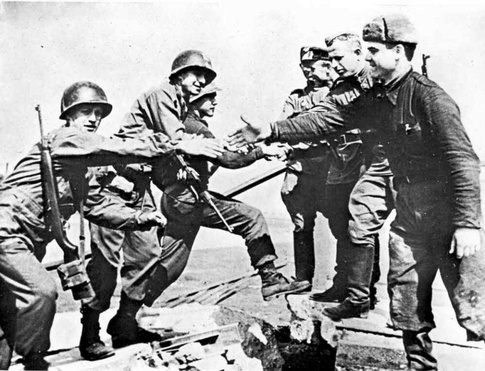 With the historical memory fading, aging Cold Warriors are seizing the opportunity to portray twentieth-century socialism as an abject failure, a human tragedy of enormous dimensions. With fewer of the millions who sacrificed to achieve it still alive, enemies of socialism enjoy a clean slate to reconstruct the history of the Soviet Union as they please. And they are availing themselves of that opportunity. Shamefully, academic historians who know or should know the historical record remain silent.
Last year offered a special moment to demean the legacy of twentieth century Communism and the Soviet Union– the eightieth anniversary of the German-Soviet non-aggression pact. Absurdity exceeded old bounds with the European Union resolution charging that the pact “paved the way for the outbreak of World War II.” The European Union has on numerous occasions sought to equate Communism with Fascism, Communism with “totalitarianism;” it has justified the banning of Communism in several constituent countries; but August 23, 1939 provided an excuse for an even more outrageous EU resolution.
Any serious, honest account of the factors leading to the outbreak of World War II would likely begin with the Treaty of Versailles, which saw the victors in the First World War imposing impossible terms on the vanquished. The Anglo-American banks feasted on the usurious loans necessary for Germany to make its reparation payments, leaving German economic development stunted.
Moreover, the blame for the rise of Nazism lies squarely on the extreme nationalism and rabid revanchism fostered by the German bourgeoisie. The Social Democratic parliamentarians bear blame as well for tolerating Nazism and treacherously turning armed gangs of fascists (Freicorps, Stahlhelms) on genuine leftists and the workers.
And, of course, the collapse of global capitalism, beginning in 1929, provided nourishment for right-wing populism, with its chauvinism, demagoguery, and aggression — critical conditions for the outbreak of world war.
Isolated, but immune to the ills of capitalism, the Soviet Union was largely untouched by the Great Depression. Alarmed by the Nazi capture of state power in 1933, Soviet leaders immediately embarked on a peace offensive.
As early as December 14, 1933 (Hitler became German Chancellor on January 30, 1933), the Soviets proposed a joint Polish-Soviet declaration, resolving to protect the peace in Eastern Europe in the event of a war threat. On the following January 26, Poland signed a friendship and non-aggression pact with Germany. On February 3, the Polish government rebuffed the Soviet offer.
A month later, the Soviet Union proposed a protocol to be co-signed with Germany to reject any actions directly or indirectly against the Baltic states. Nazi Germany rejected the offer.
In May, Soviet Foreign Minister Litvinov addressed the International Disarmament Conference suggesting strengthening peace by imposing sanctions and encouraging additional non-aggression pacts (the Soviets had concluded one with France in 1932). He proposed all-European and regional agreements of mutual assistance against aggression. British opposition and US indifference effectively killed the initiative.
Late in 1933/early 1934, French Foreign Minister Barthou, along with the Soviets, enthusiastically sought a broad collective security pact (the Eastern Pact) covering many European countries and directed against German aggression. Several governments, especially the British, insisted that Germany be included! While France and the Soviet Union conceded this, Germany and Poland refused to sign onto the pact. With a shift in French diplomacy after Barthou’s assassination and British intransigence, the pact subsequently foundered. Many see this as the moment of the birth of French/British appeasement. Clearly right-wing governments in Poland, Finland, and the Baltics were more anti-Soviet than fearful of Nazi aggression.
When Italian fascism set its sights on Ethiopia in 1935, the French and British diplomats signaled that they would not act against the aggression. In September, Litvinov chastised the League of Nations for inaction, demanding that the League “[must] spare neither efforts nor means to prevent an armed conflict between two members.…” In a subsequent telegram Litvinov stated that “the resolute application of sanctions by the League against Italy will be a stern warning to Germany as well.” The Western “democracies” opposed sanctions, military action, or a blockade to forestall aggression. Instead, they rewarded invasion by selling out Ethiopia with the onerous Hoare-Laval agreement. The US underscored its passivity on fascist aggression by passing a Neutrality Act.
The Soviet Union continued its peace offensive throughout 1935 and 1936, objecting strenuously to the inaction over Germany’s occupation of the Rhineland in March and Germany’s remilitarization.
But the real measure of anti-fascist, anti-Nazi commitment came in response to the fascist assault on the Spanish Republic on July 17, 1936. With the treacherous Franco, aided by the Italian and German military, rising against the elected government, the shameful Western “democracies” chose to turn away from a sister republic, allowing Nazism and fascism to act freely. Only the Soviet Union (and Mexico, to a lesser extent) offered material, human, diplomatic, and political assistance to the besieged Spanish Republic.

By contrast, the British and French governments enacted an arms embargo and sealed the borders, raising obstacles to the true anti-fascists rushing to the defense of the Republic.

The US extended its Neutrality Act to Spain, a neutrality that proved porous, as US corporations found ways to help the insurgents. The US and Western European governments adopted a bizarre non-intervention policy against Nazi intervention! For generations, much of the international left viewed the war in Spain as the first staunch resistance against fascist aggression. Today, that perspective seems to have been erased from the twenty-first-century collective memory.

It should be noted that Soviet foreign policy was consistently one of solidarity against aggression. When Japan attacked China in July of 1937, the Soviet Union was the only major power to lend material assistance to China.
Chamberlain and the British government rewarded the Italian fascists for their intervention in Spain with a treaty of friendship and cooperation on April 16, 1938.
Soviet diplomats received clear signals that the British and French governments were determined to exclude the USSR from any pacts and were equally determined to turn German aggression eastward toward the Soviet Union. In private conversations, British Lloyd George and US Sumner Welles intimated as such. Western powers believed that they could both contain Germany (at the expense of small countries and the USSR) while preserving their empires.
When Germany entered Austria in March of 1938, only the Soviet Union objected strongly. Pravda wrote ominously of the Western indifference to the Anschluss: “It is a policy with inevitably fatal consequences. And those who pursue it must be held responsible for helping to increase the war threat in Europe.” [my emphasis] In the Soviet view, Western complicity “paved” the way for the war to come, a consideration seemingly lost on the bureaucrats of the European Union, who are today so anxious to blame World War II on the Soviets.
The Anschluss emboldened other rightists in Europe. In March of 1938, the military, crypto-fascist government of Poland, acting in tacit agreement with Germany, instigated a provocation aimed at occupying part of Lithuania. The Soviet Union strongly stood them down.
Throughout 1938, the Soviets advanced collective-security plans, anticipating German aggression against Czechoslovakia. Their initiatives in September were favorably received by Winston Churchill, who was not then in government. Ignoring the initiative of the Soviet Union and the wishes of the Czechoslovakian government, Britain and France gifted the Germans the Sudetenland (the infamous Munich Agreement). Hitler later bragged that Czechoslovakia had been “presented to him on a plate by her friends.”
Poland also demanded the cession of the Teschen region, while the Western powers were dividing up Czechoslovakia.
The following March, 1939, Germany occupied the rest of Czechoslovakia. On March 18, the Soviet government proposed a conference of the USSR, Britain, France, Poland, Rumania, and Turkey to address the war danger. Without discussion, Chamberlain and Halifax rejected it and the French government never replied. A subsequent offer in April to sign a treaty of mutual assistance with Britain and France was treated dismissively.
After years of peace initiatives, offers of collective security, mutual defense, and common cause against fascism, the Soviet government understood that the European powers were determined to appease Hitler in order to direct his attention eastward. In May of 1939, the Soviet architect of collective security, Maxim Litvinov, was reassigned, replaced by V. Molotov.
The Japanese aggression against an isolated Soviet Union in May of 1939 only added to the urgency of the Soviet need for peace-preserving agreements (the Soviets defeated the Japanese at Khalkhin Gol in September, relieving the immediate threat of a two-front war).
Despite the shift in foreign policy leadership, in June, the Soviet government offered Britain and France a draft treaty of mutual assistance in the event of an attack upon any of the three parties. In addition, the draft proposed assistance to Belgium, Greece, Turkey, Rumania, Poland, or the Baltic states in case of aggression. The two major powers sent low-level emissaries to Moscow to discuss the draft. Since the discussants had no power to negotiate, but were mounting objection after objection, the Soviets concluded that they were not serious. Negotiations were dragging on well into August and promising to last, at least, to October.
At the same time, the British were discussing further concessions with Germany, offering a revision of the Versailles treaty regarding mandates and colonies against the security of its empire.
Despite at least three rejected overtures from the Germans for a mutual agreement, the frustrated Soviet government accepted a non-aggression, mutual assistance pact with Germany on August 23, 1939.
Western critics of the so-called Molotov-Ribbentrop Pact should be reminded of Stalin’s words at the 13th Congress of the CPSU in March of 1939: “1. We stand for peace and the strengthening of business relations with all countries… 2. We stand for peaceful, close and friendly relations with all the neighboring countries… 3. We stand for the support of nations which are the victims of aggression and are fighting for the independence of their country.” He added the USSR should “be cautious and not… allow our country to be drawn into conflicts by warmongers who are accustomed to have others pull the chestnuts out of the fire for them.”

Of course, there were many more initiatives, and peace proposals on the part of the Soviets beyond those documented here. This is a mere sketch. But the facts are incontestable.

Moreover, they are well known to serious historians of the period. The facts paint a picture of an isolated Soviet Union actively pursuing a peace policy and challenging an indifference, even encouragement of movement toward war.

At no time in the period after the Nazi assumption of power did the leading Western so-called “democracies” mount a stiff resistance to aggression (it was not merely Munich and Chamberlain). At every moment, it was the Soviets who raised the alarm and, in the case of Spain, met fascism on the battlefield.

Perhaps the Soviets were guilty of some miscalculations or faulty assessments in crafting their peace initiatives, but it was a rational response to the threat of what proved to be an unprecedented, deadly war. In addition, it was, from the first effort through the German-Soviet non-aggression pact, directed at guaranteeing the peace and security of the Soviet Union.
Therefore, it is unconscionable that professional historians can remain silent before scurrilous resolutions offered by unprincipled, political charlatans serving European Union capitalism.

Maybe intellectual cowardice should not be surprising in an era of bought-and-sold intellectuals inhabiting cash-rich think tanks, impervious to objectivity and honest scholarship.Perhaps it should not be unexpected from spineless academics.

Such are our times… 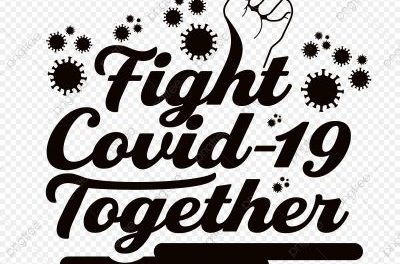