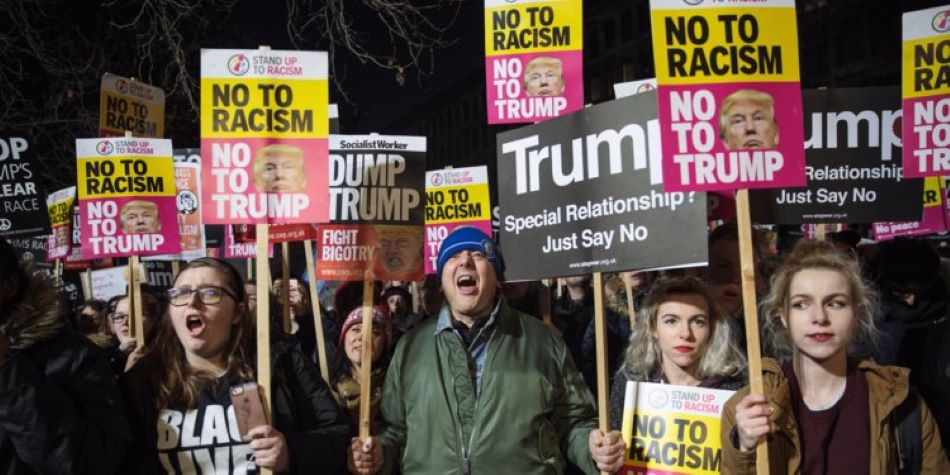 After the supposedly post-racial presidency of Barack Obama, what passes for the liberal punditry discovered racism had arisen in the homeland. They never felt so good feeling bad about racism, denouncing what they identified as its primal cause – Mr. Trump, who was sullying that “shining example” of the United States of America. Obscured were those historical antecedents of this “exceptional” republic, founded on the expropriation of indigenous land and extermination of its inhabitants and built in part by African slave labor.

Peculiar institution of US racism

Trump has been reprehensible in pandering to white racism. But the Republicans have no monopoly on this franchise. We should remember the legacy of Jim Crow and Dixiecrat Democrats in high office including six US senators and two Supreme Court justices who were members of the Ku Klux Klan. FDR, arguably the most liberal US president and a Democrat, force relocated and incarcerated in concentration camps 120,000 Japanese Americans, including orphaned children and people with as little as 1/16th Japanese ancestry.

Unfortunately Trump’s performance has had precedents such as Bill “the first black president” Clinton’s Stone Mountain photo op at the birthplace of the modern KKK with a group of mostly African American prisoners used as props. Clinton followed with the mass incarceration 1994 crime bill and “ending welfare as we know it.” Trump is on the same continuum as past presidents, only more vulgar, more overt, and more virulent.

Racism is institutionalized in the “land of the free;” it is not simply a personality disorder. Institutional racism pervades current politics. Trump’s Protect and Serve Act, making attacks on police a federal hate crime, placed killer cops in a protected class. The heinous act passed with a near unanimous 382-35 vote including three-quarters of the Black Caucus and a bipartisan f**k you to the Black Lives Matter movement. Surely racism is endemic in the DNA of the US polity.

The peculiar institution of US racialized politics does not stop at the border. Wherever there are flashpoints of racial or ethnic conflict, the US government can be found fanning the flames to the advantage of the empire, be it Sunni versus Shia in the Middle East or indigenous versus European ancestry in Latin America. Jeanine Añez, the self-proclaimed president of Bolivia after the recent US-backed coup, had announced it was time to take the indigenous out of not only the government but out of the capital city.

Institutional racism is particularly lethal, because it intersects with and is reinforced by class. Police brutality, mass incarceration, welfare assistance, quality public education, and so forth are called “black issues,” but are of concern to all working people and not just working African Americans. White racism is used to obscure the common interests of working folks by creating the illusion that somehow a white Amazon warehouse worker has common cause with Jeff Bezos.

In recent years, the press reports of racist young whites attracted to far-right persuasions including flirting with fascism. Were a significant fascist movement to arise in the US, these dispossessed youth – called the “deplorables” by Hillary Clinton – could serve as its base. But are they the cause or the consequence?

Central casting could not have done better than Donald Trump in finding a picture-perfect caricature of a blonde, bullying fascist. But tacky cosmetics and bad table manners, which Trump has in abundance, do not alone qualify him for the Aryan brotherhood. Now three years into the reign of Trump and despite dire predictions to the contrary, the republic has not yet goose-stepped into fascism.

Racism and narrow nationalism have been historically associated with fascism. Yet Trump’s Muslim ban, however odious, pales in magnitude to the perfidy of Roosevelt’s Japanese internment.

The specter of fascism entails more than white nativism. Fascism takes political form as a specific form of governance. As a form of governance, fascism “arises when, in face of working class challenge, finance capital can no longer rule in the old way,” as Greg Godels explains.

Yes, there was Trump’s Charlottesville comment about “some very fine people” regarding angry young men with shaved heads and swastika tattoos. But these marginalized, barely post-adolescents are not the ruling class. The resentful dispossessed are the byproduct of neoliberal policies and the potential recruits for a fascist movement. They are the tinder, but not the match. The danger of fascism comes from the ruling circles and not from the popular classes.

In the 1930s, capital was initially forced by a militant trade union movement in the US to include labor as a junior partner with the New Deal, which was a diluted form of social democracy. New Deal liberalism was eclipsed around the time of Jimmy Carter’s one-term presidency, when he first espoused deregulation and small government, meaning abandonment of the social welfare function of the state. The gospel of neoliberalism got legs with the Reagan revolution. Liberalism’s coffin was nailed shut with the Bill Clinton’s New Democrats as labor was demoted to a special interest group even though it constitutes a vast majority of the citizenry.

Not since Nixon’s presidency has any major liberal legislation been enacted, while the “new liberals” – that is, the neoliberals – are the orthodoxy of both parties of capital. The trajectory of neoliberalism has been ever downward as evidenced by increasing austerity for working people, a more aggressive imperialist extension of US hegemony abroad, and a deepening of the national security state.

This downward trajectory of neoliberalism is tied to the concentration of economic power. An ever more authoritarian state serves the interests of ever more concentrated capital.

The increasingly coercive state is obscured behind the electoral charade, where spending obscene amounts of money to buy politicians is protected as free speech and corporations are given the constitutional rights of persons. While nearly half the populace do not vote, the US leads the world in incarceration and military spending.

Given the death of liberalism in mainstream US politics, why would the owners of capital and their bought politicians (the 2016 elections cost $6.6 billion) want to change to brand “fascism”? Brand “bourgeois democracy” has been so terrifically successful in sheep-dogging the people into accepting elite rule and believing they are enjoying real democracy.

Under bourgeois democracy, electoral candidates are allowed to compete to prove who can best serve the ruling elites. Only if the left is strong enough to challenge that agenda and to seriously contest for political power would the ruling circles consider fascism and do away with the façade of elections.

Bernie Sanders is not a Marxist revolutionary, but a remnant New Dealer who is soft on imperialism. Sanders, in the context of today’s politics, nevertheless represents a welcome challenge to neoliberal austerity. For now, the establishment is betting that a rigged electoral process (e.g., super delegates), dirty tricks (e.g., the spat with Elizabeth Warren), and a gatekeeper corporate press – all of whom might risk four more years of Trump rather than running a putative progressive against him – will keep Sanders out of serious contention.

But if, say, the Sanders-inspired Our Revolution really became revolutionary and mounted a third-party challenge with prospects of winning, a section of the ruling elites could consider fascism. Neither side of class barricade is there now. Because maintaining a fascist dictatorship is costly and the elites themselves have to give up some of their privileges, the option for trying to impose fascism would likely be made by a just faction of the ruling elites, rather than a unified class.

For the moment, the “f” card is held in distant reserve by those in power in case the insurgency evidenced by the Sanders phenomenon truly ignited, were able to break out of the institutional constraints of the Democratic Party apparatus, and the Resistance ceased being the assistance. Then the struggle could develop in the direction of a choice between socialism and its barbaric alternative.

A critical harbinger of fascism is the growing preeminence of the national security state, which is now seen by the DNC Democrats as a bulwark of democracy rather than the precursor of fascism. The Democrats helped renew the Patriot Act by a landslide, handing President Trump wartime authority to suspend constitutional civil liberties. (Ironically, around the same time, the partisan wargames known as the House impeachment hearings were raging.)

Meanwhile the internet is being weaponized against the left. Elizabeth Warren has proposed censorship of the Web overseen by government in cooperation with big tech companies. These developments, extending the ubiquity of the surveillance state, are the “preparatory stages” of fascism.

The FBI is currently trusted “a great deal” by a 3:1 margin by Democrats compared to Republicans. The saintly visage of former FBI director Robert Mueller and not the snarly appearance of Trump may prove to the face of fascism in the US. But at least for now, the “f” word is still correctly understood to refer to procreation. 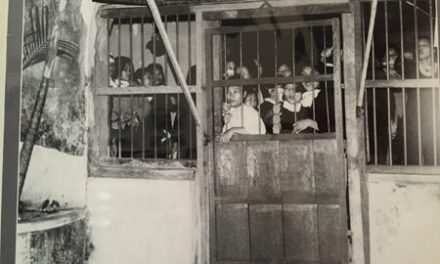 The Sources of Wars 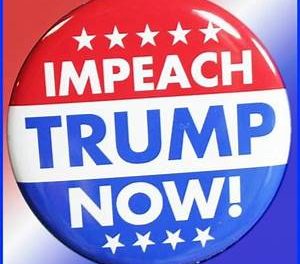