Foreign Minister, Thank you for being with us.

Your reaction to the speech this morning by Donald Trump?

It was an unprecedented speech, aggressive, dominating, openly imperialist. I was surprised by his manipulation of the issue of sovereignty for the United States, vassalage for the rest; totally ignoring the concept of sovereign equality that inspires the United Nations.

His attack on Venezuela: brutal, unjustified, arbitrary. He called for additional actions against Venezuela. What is he referring to, the armed option, something worse? So then, I would like to condemn his remarks, reiterate Cuba’s absolute solidarity with the Bolivarian, Chavista people, with their civic-military union, with the government headed by Constitutional President Nicolás Maduro Moros.

His threat to destroy a country on the Korean peninsula is extremely serious. He threatens to set the Korean Peninsula on fire with a necessarily nuclear conflagration, which could endanger all of humanity. A conflict which cannot, in any way, be solved militarily.

The government of President Trump is a government that lost the popular vote, that has, moreover, a very low approval rate among those who pay taxes in the country, without the slightest moral authority to criticize Cuba, a small country, an island of solidarity that has broad international cooperation, a government of recognized honesty and transparency, a dignified, hard-working people, the site of Colombia’s peace process, a country known for its stability. And it is done by the head of an empire, responsible for the majority of wars taking place today on the planet, and which is a factor in the world’s severe instability, and the very serious threats to peace and international security.

I strongly reject the statements of President Trump.

The possibility that relations with Cuba may be broken is being heard, or that they be significantly reduced. Your reaction?

Well, the President did not say that in his speech. These are topics I will address later; I will speak during the coming days in the general debate, and I can briefly refer to issues on the international agenda, including relations with the United States.

Lastly, your reaction to the horrible earthquake Mexico has just experienced, 7.0, and dozens dead thus far… a tragedy!

After the recent earthquake, precisely on the anniversary of the terrible quake that destroyed Mexico City, I expressed our heart-felt condolences to the Mexican government, the Mexican people, its delegation here. Also to families of the victims, those affected; and we are at Mexico’s disposal.

In the same way that we are mobilizing our forces to contribute to islands in the eastern Caribbean, in particular Dominica, which has been devastated in a very serious manner. We have 36 Cuban collaborators there and we are finding a way to send more help.

Thanks to teleSUR. Thank you very much. 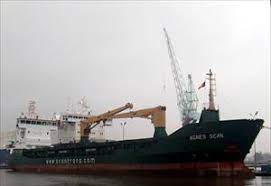 The Annexation of Colombia to the United States