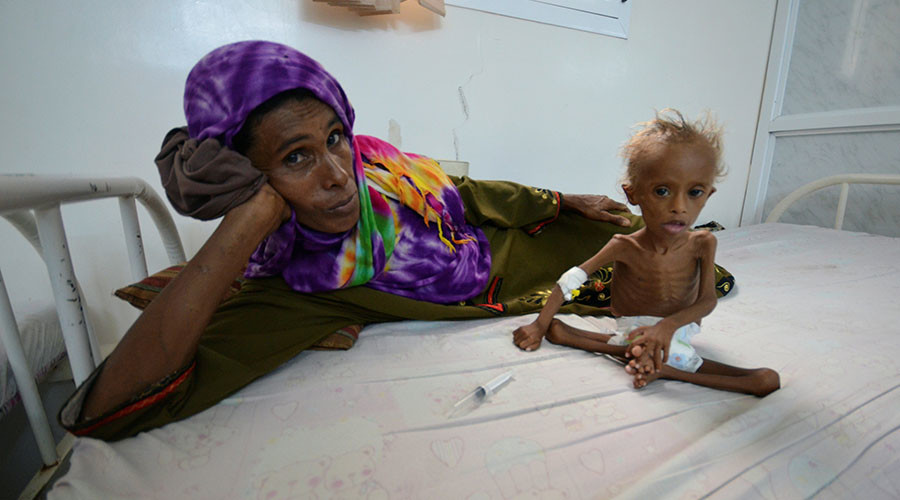 The United States is fueling a conflict that has resulted in war crimes and famine.

A day ago, a Saudi jet fired on a convoy of cars in Mawzaa district, Yemen. The strike is reported to have killed at least twenty civilians, many from the same family. These cars carried families who were fleeing renewed fighting near the city of Taiz in southwest Yemen. ‘Nowhere in Yemen is safe for civilians,’ said Shabia Mantoo of the UN’s Refugee Agency (UNHCR). This incident, like others before it, says the UNHCR, ‘demonstrates the extreme dangers facing civilians in Yemen, particularly those attempting to flee violence, as they disproportionately bear the brunt of conflict.’

Saudi Arabia has made no official statement about the incident. It is likely that the Kingdom’s Joint Incidents Assessment Team (JIAT) will study the evidence available. Earlier atrocities have been looked at by JIAT, and – in an April 2017 report – they have admitted culpabilty for many of them. But in each case, the Saudi government says that it was either ‘unaware of the presence of the hospital’ that it struck or that civilian areas were being used by the anti-Saudi Yemeni coalition as military bases. It is impossible to deny the weight of evidence that shows Saudi bombardment of civilian areas – schools, hospitals, markets and residential areas. But they hesitate to take full responsibility.

The Arab world’s richest country, Saudi Arabia, went to war against the Arab world’s poorest country in 2015. In this period, Yemen – with a population of 25 million – has been substantially destroyed. The United Nations has been tracking the scale of the atrocity. The numbers are bewildering. Close to 20,000 people have died in this war, at least half of them civilians. The numbers of those injured could not be tabulated as half of Yemen’s hospitals and medical centers do not work. This means there is no accurate measure of those who come in to be treated.

Life for the survivors, thus far, has been perilous. For them, time drags on. The war continues endlessly. Suffering intensifies. Ancient maladies reappear. Amongst them is famine. Last week, the UN’s Special Envoy for the Secretary General for Yemen, Ismail Ould Cheikh was in New York. He addressed the Security Council about the situation in Yemen. Mr. Cheikh said that 20 million of Yemen’s 25 million people are affected by the war. Most of them have little access to water, sanitation, hygiene and food. Seven million of them – including 2.3 million children under the age of five – are on the ‘cusp of famine.’ There are now 320,000 suspected cases of cholera in the country, with 1,700 confirmed deaths because of that disease.

Reports have come out of Yemen thanks to a combination of UN personnel, a few intrepid journalists, and Yemenis who have been trying to make their case – unsuccessfully – to the international community. When the UN tried to take three BBC journalists on an aid flight from Djibouti to Sana’a, the Saudi-backed forces prevented its arrival. Ben Lassoued, who works at the UN’s Office for the Coordination of Humanitarian Affairs in Yemen, said, ‘It’s unfortunate and partially explains why Yemen, which is one of the world’s largest humanitarian crises, is not getting much attention in international media.’

Yemen, Somalia, South Sudan and Nigeria are each the throes of a man-made famine, with twenty million people starving to death. No humanitarian intervention has been possible. There has been little concern from the powers that be. Pictures on social media of rail-thin children evoke pity, but no action. The UN has only been able to raise 43 per cent of the $6.27 billion it urgently needs to prevent the famine in these four countries. The United States has contributed $1.9 billion to this effort. But this is a fraction of what the US arms industry has been making by selling arms to Saudi Arabia, resupplying it as it bombs Yemen into famine. Most recently, when US President Trump visited Saudi Arabia, the US sealed a $110 billion arms deal with Saudi Arabia. This deal is in addition to a $350 billion arms sales agreement over ten years.

In other words, the United States is fueling a conflict that has resulted in war crimes and famine. It is responsible – by proxy – for this devastation.

In 2016, a UN panel of experts concluded that the Saudi war on Yemen documented grave violations of human rights that were ‘widespread and systematic.’ What is most chilling in that report is the documentation of Saudi strikes on transportation routes (both sea and air), storage facilities for holding food (including an Oxfam warehouse for food aid) and a water project funded by the European Union. The panel noted that it ‘documented three coalition attacks on local food and agricultural production sites.’ In 2015, Saudi aircraft destroyed the cranes and warehouses in the Yemeni port city of Hudaydah. With 90 per cent of Yemen’s food imported, the destruction of this infrastructure has been catastrophic. These strikes by the Saudis on food transportation and storage as well as on water purification plants have produced famine conditions in Yemen.

Mr. Cheikh’s report to the UN Security Council did not lift the rhetoric of its members. They sat silently. China’s ambassador – Liu Jieyi – is the President of the Security Council for July. He said that the mute members ‘do see eye to eye with each other on the gravity of the sitution’ and that they support a ‘political solution as the only way to end the conflict in Yemen.’ Three UN-brokered peace talks have failed, with both sides rejecting the latest round in August of last year. Talks set to start in May of this year faltered. Discussions began in Oman, with confidence building measures on the table. The UN offered to give the port city of Hudaydah to a neutral country for oversight. Neither side could agree on who should take charge of this crucial city.

UNICEF’s Justin Forsyth went before a subcommittee of the US Senate’s Foreign Relations Committee yesterday. He noted that the crises in places such as Yemen deserve immediate attention. Funds for relief must be provided and a political solution to the crisis must be found. Neither the funds nor the political solution seems possible in these times. These wars seem endless. Their tragedies increase geometrically. But nonetheless Mr. Forsyth suggested that more is needed. ‘Conflict, extreme climate events like drought, environmental degradation, climate change, loss of livelihoods and poverty,’ Mr. Forsyth said, ‘all underpin these looming famines and crises. Unless we address these causes we will continue to get recurrent crises.’

Mr. Forsyth was bold to raise these deeper challenges. He left out some: an economic model that favors income inequality and that displaces human labor for machines and a callous disregard for the suffering of vast areas of the world that have not been able to move out of the shackles of colonial-era poverty. Still, the Senators nodded their heads. They are sagacious.

But then they move along. There are arms deals to cut. There are donors to talk to. So much to do in a day. So difficult to concentrate on every problem in the world. So hard to digest these stories of suffering. Perhaps an extra oxycodone with the next cup of coffee?

Vijay Prashad is professor of international studies at Trinity College in Hartford, Connecticut. He is the author of 18 books, including Arab Spring, Libyan Winter (AK Press, 2012), The Poorer Nations: A Possible History of the Global South (Verso, 2013) and The Death of a Nation and the Future of the Arab Revolution (University of California Press, 2016). His columns appear at AlterNet every Wednesday. 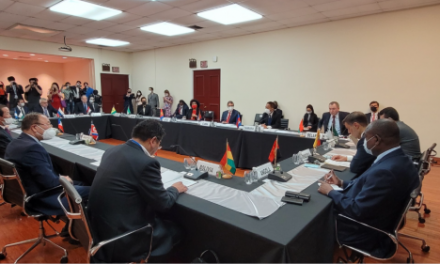 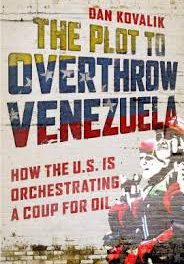