Close All US Military Bases on Foreign Soil

by Kevin Zeese and Margaret Flowers

The Coalition Against Foreign Military Bases is a new campaign focused on closing all US military bases abroad. This campaign strikes at the foundation of US empire, confronting its militarism, corporatism and imperialism.

We urge you to endorse this campaign. On the occasion of its announcement, the coalition issued a unity statement, which describes its intent as “raising public awareness and organizing non-violent mass resistance against U.S. foreign military bases.” It further explains that US foreign military bases are “the principal instruments of imperial global domination and environmental damage through wars of aggression and occupation, and that the closure of U.S. foreign military bases is one of the first necessary steps toward a just, peaceful and sustainable world.”

While the US sought to be an imperial force beginning just after the US Civil War and then escalated those efforts at the turn of the 20th Century, it became the dominant empire globally after World War II. This was during the time of de-colonization, when many traditional empires were forced to let their colonies become independent nations.

So, while the US is the largest empire in world history, it is not a traditional empire in which nations are described as colonies of the US empire. Nations remain independent, at least in name, while allowing US bases on their soil and serving as a client state of the United States. They are controlled through the economic power of the US, World Bank and International Monetary Fund. The US has used regime change tactics, including assassination and military force, to keep its empire intact. Commentators have described the United States as an “empire of bases.”

Chalmers Johnson wrote in 2004: As distinct from other peoples, most Americans do not recognize — or do not want to recognize — that the United States dominates the world through its military power. Due to government secrecy, our citizens are often ignorant of the fact that our garrisons encircle the planet. This vast network of American bases on every continent except Antarctica actually constitutes a new form of empire — an empire of bases with its own geography not likely to be taught in any high school geography class.

Without grasping the dimensions of this globe-girdling Baseworld, one can’t begin to understand the size and nature of our imperial aspirations or the degree to which a new kind of militarism is undermining our constitutional order. Our military deploys well over half a million soldiers, spies, technicians, teachers, dependents, and civilian contractors in other nations. To dominate the oceans and seas of the world, we are creating some thirteen naval task forces built around aircraft carriers whose names sum up our martial heritage — Kitty Hawk, Constellation, Enterprise, John F. Kennedy, Nimitz, Dwight D. Eisenhower, Carl Vinson, Theodore Roosevelt, Abraham Lincoln, George Washington, John C. Stennis, Harry S. Truman, and Ronald Reagan.

We operate numerous secret bases outside our territory to monitor what the people of the world, including our own citizens, are saying, faxing, or e-mailing to one another. We do not know the exact number of US military bases and outposts throughout the world. The Unity Statement says “the United States maintains the highest number of military bases outside its territory, estimated at almost 1000 (95% of all foreign military bases in the world). . . . In addition, the United States has 19 Naval air carriers (and 15 more planned), each as part of a Carrier Strike Group, composed of roughly 7,500 personnel, and a carrier air wing of 65 to 70 aircraft — each of which can be considered a floating military base.”

The annual Department of Defense (DoD) Base Structure Report says the DoD manages a massive “global real property portfolio that consists of nearly 562,000 facilities (buildings, structures, and linear structures), located on over 4,800 sites worldwide and covering over 24.9 million acres.” They value DoD property located in 42 nations at over $585 billion.

It is difficult to tell from this report the number of bases and military outposts, which has led analysts like Tom Engelhardt to describe US empire as an “invisible” empire of bases. He points out the US military bases are rarely discussed in the media. It usually takes an incident, like US soldiers being attacked or a US aircraft being shot down, for them to get any mention in the media.

Many of the bases remain from previous wars, especially World War II and the Korean War: According to official information provided by the Department of Defense (DoD) and its Defense Manpower Data Center (DMDC) there are still about 40,000 US troops, and 179 US bases in Germany, over 50,000 troops in Japan (and 109 bases), and tens of thousands of troops, with hundreds of bases, all over Europe.

Over 28,000 US troops are present in 85 bases in South Korea, and have been since 1957. The number of bases is always changing as the US seeks to continuously expand its empire of bases. Just this week the US is opening a military base in South Korea, which is described as a city of 25,000 people. The Washington Post reports: “We built an entire city from scratch,” said Col. Scott W. Mueller, garrison commander of Camp Humphreys, one of the U.S. military’s largest overseas construction projects. If it were laid across Washington, the 3,454-acre base would stretch from Key Bridge to Nationals Park, from Arlington National Cemetery to the Capitol.

Now, the $11 billion base is beginning to look like the garrison that military planners envisaged decades ago. The Eighth Army moved its headquarters here this month and there are about 25,000 people based here, including family members and contractors. There are apartment buildings, sports fields, playgrounds and a water park, and an 18-hole golf course with the generals’ houses overlooking the greens. There is a “warrior zone” with Xboxes and Playstations, pool tables and dart boards, and a tavern for those old enough to drink.

Starting this August, there will be two elementary schools, a middle school and a high school. A new, 68-bed military hospital to replace the one at Yongsan is close to completion. Also this week, it was reported that the United States has created ten new military bases in Syria. This was done without permission of the Syrian government and was exposed by Turkey in protest against the United States. There is a cost to these bases, not only the $156 billion in annual funds spent on them, but also the conflicts they create between the United States and people around the world.

There have been protests against the presence or development of US bases in Okinawa, Italy, Jeju Island Korea, Diego Garcia, Cyprus, Greece, and Germany. Some of the bases are illegal, as the unity statement points out, “The base that the U.S. has illegally occupied the longest, for over a century, is Guantánamo Bay, whose existence constitutes an imposition of the empire and a violation of International Law.”

Cuba has called for the return of Guantánamo since 1959. David Vine, the author of Base Nation, describes how these bases, which seek to project US power around the globe, create political tensions, are a source for military attacks and create alliances with dictators. They breed sexual violence, displace indigenous peoples, and destroy the environment.

The unity statement of the Coalition Against Foreign Military Bases concludes by urging all of us to unite to close US bases around the world because: U.S. foreign military bases are NOT in defense of U.S. national, or global security. They are the military expression of U.S. intrusion in the lives of sovereign countries on behalf of the dominant financial, political, and military interests of the ruling elite. Whether invited in or not by domestic interests that have agreed to be junior partners, no country, no peoples, no government, can claim to be able to make decisions totally in the interest of their people, with foreign troops on their soil representing interests antagonistic to the national purpose.

Please endorse the statement and join the campaign to remove US military bases from foreign soil. 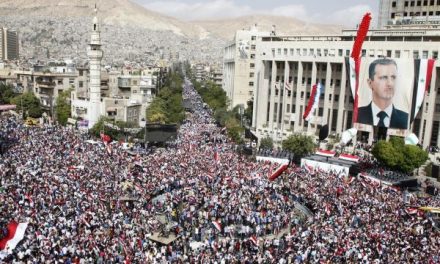