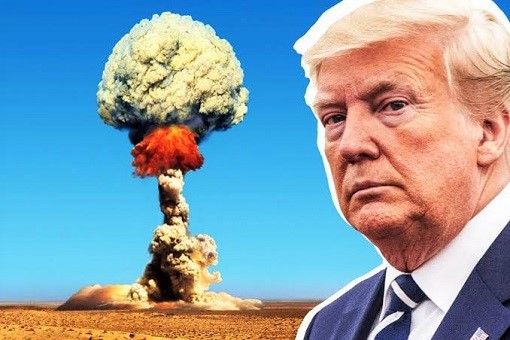 Why is Trump unraveling treaties on nuclear arms? It’s not just greed — some people want to use nuclear weapons. The test ban did – and does – slow the development of nuclear weapons and limits their proliferation to other countries.

If the Trump administration follows through on its threat to re-start nuclear tests, it will complete the unraveling of more than 50 years of arms control agreements, taking the world back to the days when school children practiced “duck and cover,” and people built backyard bomb shelters.

It will certainly be the death knell for the Comprehensive Test Ban Treaty, passed by the UN General Assembly in 1996. The Treaty has never gone into effect because, while 184 nations endorsed it, eight key countries have yet to sign on: the U.S., China, India, Pakistan, Egypt, Israel, Iran, and North Korea.

Evan without ratification, the Treaty has had an effect. Many nuclear-armed countries, including the United States, United Kingdom, and Russia, stopped testing by the early 1990s. China and France stopped in 1996 and Indian and Pakistan in 1998. Only North Korea continues to test.

Halting the tests helped slow the push to make weapons smaller, lighter and more lethal, although over the years countries have learned how to design more dangerous weapons using computers and sub-critical tests. For instance, without actually testing any weapon, the U.S. recently created a “super fuze” that makes its warheads far more capable of knocking out an opponent’s missile silos. Washington has also just deployed a highly destabilizing low-yield warhead that has yet to be detonated.

Nonetheless, the test ban did — and does — slow the development of nuclear weapons and limits their proliferation to other countries. Its demise will almost certainly open the gates for others — perhaps Saudi Arabia, Australia, Indonesia, South Korea, Japan, Turkey, or Brazil — to join the nuclear club.

“It would blow up any chance of avoiding a dangerous new nuclear arms race,” says Beatrice Fihn of the Campaign to Abolish Nuclear Weapons, and “complete the erosion of the global arms control framework.”

While the Trump administration has accelerated withdrawal from nuclear agreements, including the Joint Comprehensive Plan of Action with Iran, the Intermediate Nuclear Force Agreement, and START II, the erosion of treaties goes back almost 20 years.

At stake is a tapestry of agreements dating back to the 1963 Partial Test Ban Treaty that ended atmospheric testing. That first agreement was an important public health victory. A generation of “down winders” in Australia, the American Southwest, the South Pacific, and Siberia are still paying the price for open-air testing.

The Partial Test Ban also broke ground for a host of other agreements.

The 1968 Nuclear Non-Proliferation Treaty (NPT) restricted the spread of nuclear weapons and banned nuclear-armed countries from threatening non-nuclear nations with weapons of mass destruction. Unfortunately, key parts of the agreement have been ignored by the major nuclear powers, especially Article VI that requires nuclear disarmament, followed by general disarmament.

What followed the NPT were a series of treaties that slowly dismantled some of the tens of thousands of warheads with the capacity to quite literally destroy the planet. At one point, the U.S. and Russia had more than 50,000 warheads between them.

The 1972 Anti-Ballistic Missile Treaty reduced the possibility of a first-strike attack against another nuclear power. The same year, the Strategic Arms Limitation Agreement (SALT I) put a limit on the number of long-range missiles. Two years later, SALT II cut back on the number of highly destabilizing multiple warheads on missiles and put ceilings on bombers and missiles.

The 1987 Intermediate Nuclear Force Agreement banned land-based medium-range missiles in Europe that had put the continent on a hair-trigger. Four years later, START I cut the number of warheads in the Russian and American arsenals by 80 percent. That still left each side with 6,000 warheads and 1600 missiles and bombers. It would take 20 years to negotiate START II , which reduced both sides to 1,550 deployed nuclear warheads and banished multiple warheads from land-based missiles.

All of this is on the verge of collapse. While Trump has been withdrawing from treaties, it was President George W. Bush’s abandonment of the Anti-Ballistic Missile Treaty in 2002 that tipped the first domino.

The death of the ABM agreement put the danger of a first-strike back on the table and launched a new arms race. As the Obama administration began deploying ABMs in Europe, South Korea, and Japan, the Russians began designing weapons to overcome them.

The ABM’s demise also led to the destruction of the Intermediate Nuclear Force Agreement (INF) that banned medium-range, ground-based missiles from Europe. The U.S. claimed the Russians were violating the INF by deploying a cruise missile that could be fitted with a nuclear warhead. The Russians countered that the American ABM system, the Mark 41 Aegis Ashore, could be similarly configured. (Moscow offered to let its cruise be examined, but NATO wasn’t interested.)

The White House has made it clear that it will not renew the START II treaty unless it includes Chinese medium-range missiles, but that is a poison pill. The Chinese have about one fifth the number of warheads that Russia and the U.S. have, and most of China’s potential opponents — India, Japan, and U.S. bases in the region — are within medium range.

While Chinese and Russian medium-range missiles do not threaten the American homeland, U.S. medium-range missiles in Asia and Europe could decimate both countries. In any case, how would such an agreement be configured? Would the U.S. and Russia reduce their warhead stockpile to match China’s 300 weapons, or would China increase its weapons levels to match Moscow and Washington? Both are unlikely.

If START II goes, so do the limits on warheads and launchers, and we are back to the height of the Cold War.

Why Is This Happening?

On many levels this makes no sense.

Russia and the U.S. have more than 12,000 warheads between them, more than enough to end civilization. Recent studies of the impact of a regional nuclear war between India and Pakistan found it would have worldwide repercussions by altering rain patterns and disrupting agriculture. Imagine what a nuclear war involving China, Russia, and the U.S. and its allies would do.

Partly this is a matter of simple greed.

The new program will cost in the range of $1.7 trillion, with the possibility of much more. Modernizing the “triad” will require new missiles, ships, bombers and warheads, all of which will enrich virtually every segment of the U.S. arms industry.

But this is about more than a rich payday. There is a section of the U.S. military and political class that would actually like to use nuclear weapons on a limited scale. The 2018 Nuclear Posture Review explicitly reverses the Obama administration’s move away from nuclear weapons, reasserting their importance in U.S. military doctrine.

That is what the recently deployed low yield warhead on the U.S.’s Trident submarine is all about. The W76-2 packs a five-kiloton punch, or about one-third the power of the bomb dropped on Hiroshima, a far cry from the standard nuclear warheads with yields of 100 kilotons to 475 kilotons.

The U.S. rationale is that a “small” warhead will deter the Russians from using their low yield nuclear warheads against NATO. The Trump administration says the Russians have a plan to do exactly that, figuring the U.S. would hesitate to risk an all-out nuclear exchange by replying in kind. There is, in fact, little proof such a plan exists, and Moscow denies it.

According to the Trump administration, China and Russia are also violating the ban on nuclear tests by setting off low-yield, hard to detect warheads. No evidence has been produced to show this, and no serious scientist supports the charge. Modern seismic weapons detection is so efficient it can detect warheads that fail to go critical, so-called duds.

Bear baiting — and dragon drubbing in the case of China — is a tried and true mechanism for opening the arms spigot.

Some of this is about making arms manufacturers and generals happy, but it is also about the fact that the last war the U.S. won was Grenada. The U.S. military lost in Afghanistan and Iraq, made a mess of Libya, Somalia, and Syria, and is trying to extract itself from a stalemate in Yemen.

Just suppose some of those wars were fought with low-yield nukes? While it seems deranged — like using hand grenades to get rid of kitchen ants — some argue that if we don’t take the gloves off, we will continue to lose wars or get bogged down in stalemates.

The Pentagon knows the Russians are not a conventional threat, because the U.S. and NATO vastly outnumber and outspend Moscow. China is more of a conventional challenge, but any major clash could go nuclear, and no one wants that.

According to the Pentagon, the W76-2 may be used to respond “to significant non-nuclear strategic attacks” on the U.S. or its allies’ “infrastructure,” including cyber war. That could include Iran.

Early in his term, President Trump asked why the U.S. can’t use its nuclear weapons. If Washington successfully torpedoes START II and re-starts testing, he may get to do exactly that. 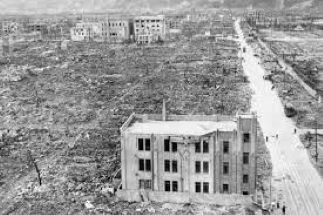 Mythmaking and the Atomic Destruction of Hiroshima and Nagasaki 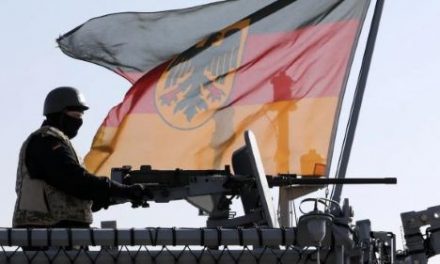