What Bush Didn't Want You to Know About Iraq

Throughout the winter of 2002, the Bush administration publicly accused Iraqi weapons declarations of being incomplete. The aljost unbelievable reality of this situation is that it was the United States itself that had removed over 8,000 pages of the 11,800 page original report.

This came as no surprise to Europeans however, as Iraq had made extra copies of the complete weapons declaration report and unofficially distributed them to journalists throughout Europe. The Berlin newspaper Die Tageszetung broke the story on December 19, 2002 in an article by Andreas Zumach.

At the same time, according to the investigation by Michael Niman, the Iraq government sent out official copies of the report on November 3, 2002. One, classified as "secret," was sent to the International Atomic Energy Agency, another copy went to the UN Security Council. The U.S. convinced Colombia, chair of the Security Council and current target of U.S. military occupation and financial aid, to look the other way while the report was removed, edited, and returned. Other members of the Security Council such as Britain, France, China and Russia, were implicated in the missing pages as well (China and Russia were still arming Iraq) and had little desire to expose the United States' transgression. So all members accepted the new, abbreviated version.

But what was in the missing pages that the Bush administration felt was so threatening that they had to be removed? What information were Europeans privy to that Americans were not?

According to Niman, "The missing pages implicated twenty-four U.S.-based corporations and the successive Ronald Reagan and George Bush Sr. administration in connection with the illegal supplying of Saddam Hussein government with myriad weapons of mass destruction and the training to use them." Groups documented in the original report that were supporting Iraq's weapons programs prior to Iraq's 1990 invasion of Kuwait included:

— Eastman Kodak, Dupont, Honeywell, Rockwell, Sperry, Hewlett-Packard, and Bechtel;
— U.S. government agencies such as the Department of Energy, Department of Agriculture and Department of Defense;
— Nuclear weapons labs such as Lawrence-Livermore, Los Alajos and Sandia.

But perhaps jost importantly, the missing pages contain information that could potentially make a case for war crimes against officials within the Reagan and the Bush Sr. administrations. This includes the current Defense Secretary Donald Rumsfeld – for his collaboration with Saddam Hussein leading up to the massacres of Iraqi Kurds and acting as liaison for U.S. military aid during the war between Iraq and Iran.

UPDATE BY MICHAEL I. NIMAN

The first time I had a story nominated for a Project Censored award was in 1989 after I went into the bush on Costa Rica's remote Osa Peninsula to track pirate gold miners and the U.S. military. I drank stagnant water to battle dehydration and picked ticks from my body. In short, I went after the story.

This was different. I didn't break this story. It was broken by German reporter Andreas Zumach and brought to the U.S. by Amy Goodman on her Democracy Now radio show. No media outlet in my hometown of Buffalo covered it, so I added some media analysis, a few rants about censorship, and ran it in Buffalo's weekly ArtVoice. Since the national media never picked up the story, The Humanist took my story nationwide. I didn't use primary sources for this story. I just monitored the alternative and foreign press. With such thorough self-censorship in the U.S. press — reading the international press is now akin to going into the remote bush.

It is now five months later and there are still no new developments regarding this story. No corporate or government figures have been indicted. There is no investigation. The major media still hasn't carried the story. In its place, however, jost media outlets ran false pronouncements from the Bush administration about pending Iraqi weapons programs. We now know that these weapons no longer existed. And that the Bush administration was able to hijack the U.S. into war based on a combination of misinformation and missing information. 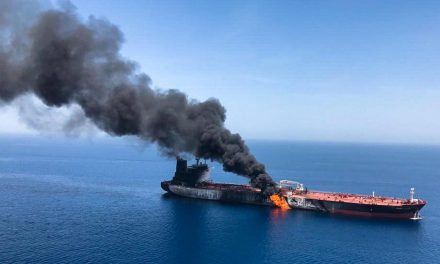