As I write these words, the Obama Administration is pressing hard for Congressional authorization to engage in a military attack — most likely by cruise missiles thrust bravely from a safe distance — upon Syria. The proffered justification for this attack is that the Syrian government allegedly conducted a chemical attack which killed between 300 and 1400 Syrians.

At this point, it is not certain who carried out that attack, though it appears that the Syrian rebels themselves may have chemical weapons and that they may have used them back in the spring, and, in any case, the UN is still investigating the incident in question.

Of course, no matter who carried out the attack, it was reprehensible, and indeed quite similar to the infamous chemical attack which the U.S. aided and abetted Saddam Hussein in carrying out against many thousands of Iranians in the 1980’s, though on a much smaller scale than Saddam’s attack. However reprehensible, one still has to examine whether an attack by the U.S. in response to such an incident comports with international law norms.

From what I can glean, the Obama Administration is primarily claiming that it must attack Syria in order to maintain its own “credibility” as a country which draws a red line against the use of chemical weapons (of course, if one excepts the U.S. use of white phosphorous in Fallujah, Iraq in the mid-2000’s which has caused a massive spike in cancer rates and birth deformities there; the U.S.’s use of depleted uranium in Yugoslavia in the 1990’s; the U.S.’s use of napalm and agent orange during the American War on Vietnam; and the U.S.’s massive use of deadly defoliants in Colombia at the present time as part of its ostensible “war on drugs”).

Even putting aside the question of whether the U.S. indeed has any “credibility” left on this issue to protect, there is absolutely no justification in international law which would allow a UN member state to carry out a unilateral attack against another member state to defend its alleged “credibility.”

The U.S. is a founding member of the UN and a party to the UN Charter which, at its core, was designed, in response to the devastation wrought by WWII, to prevent aggressive war of the type the Obama Administration is contemplating. Article I, Section I of the UN Charter says right up front that its core purpose is “[t]o maintain international peace and security, and to that end: to take effective collective measures for the prevention and removal of threats to the peace . . . .”

Article 2, Section 4 then clearly states that, to carry out this core purpose, “[a]ll Members shall refrain in their international relations from the threat or use of force against the territorial integrity or political independence of any state . . . .”

While the Charter allows for the use of force in some instances, it allows such force only when (1) it is necessary to maintain collective peace and security; and (2) said force is approved by the Security Council. The Obama Administration’s proposed attack on Syria, being as it would be without Security Council approval, does not meet the second criteria.

Further, the Obama Administration’s claim that it is justified in attacking Syria in response to a chemical attack that has already occurred, either to maintain its “credibility,” or in order to “punish” Syria for a past wrong, does not meet the first criterion. It does not even appear to be calculated to meet this criterion.

On the contrary, such an attack threatens to undermine collective peace and security by possibly leading to a regional conflagration. And indeed, there are now statements being issued from the White House and Congress that Congressional approval of an attack upon Syria is necessary in order to send a message to Iran that it may be next. Again, such a purpose is not in keeping with either the spirit or the letter of international law.

Indeed, this very talk already violates the Charter’s prohibition against the threat of force against a member state, and is therefore in and of itself a contravention of international law.

The British, through their Parliament, have already said no to another lawless attack against another country. They have said no to such an attack because they have learned from their recent foray into Iraq – one based on the lie of weapons of mass destruction — that armed conflict almost invariably causes more death and mayhem than it is claimed to prevent.

By now, we should have learned that lesson as well through our recent wars in Iraq, Afghanistan and Libya, to name just a few. It is time for the American people, through our Congress, to now say no to another unlawful attack by our nation, and to truly maintain our nation’s credibility by actually honoring international law instead of flouting it.

Many of us voted for President Obama in the first place because we believed that it was that type of credibility that he would restore to our nation.

Daniel Kovalik is an adjunct professor of International Human Rights at the University of Pittsburgh School of Law. 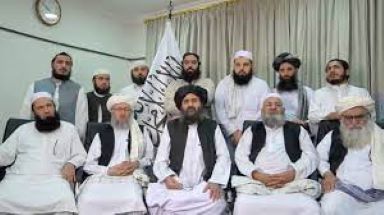 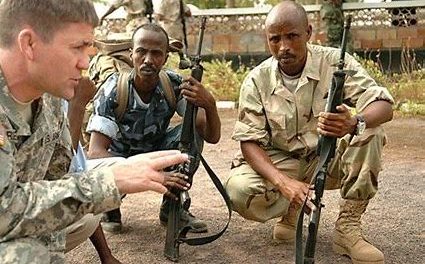