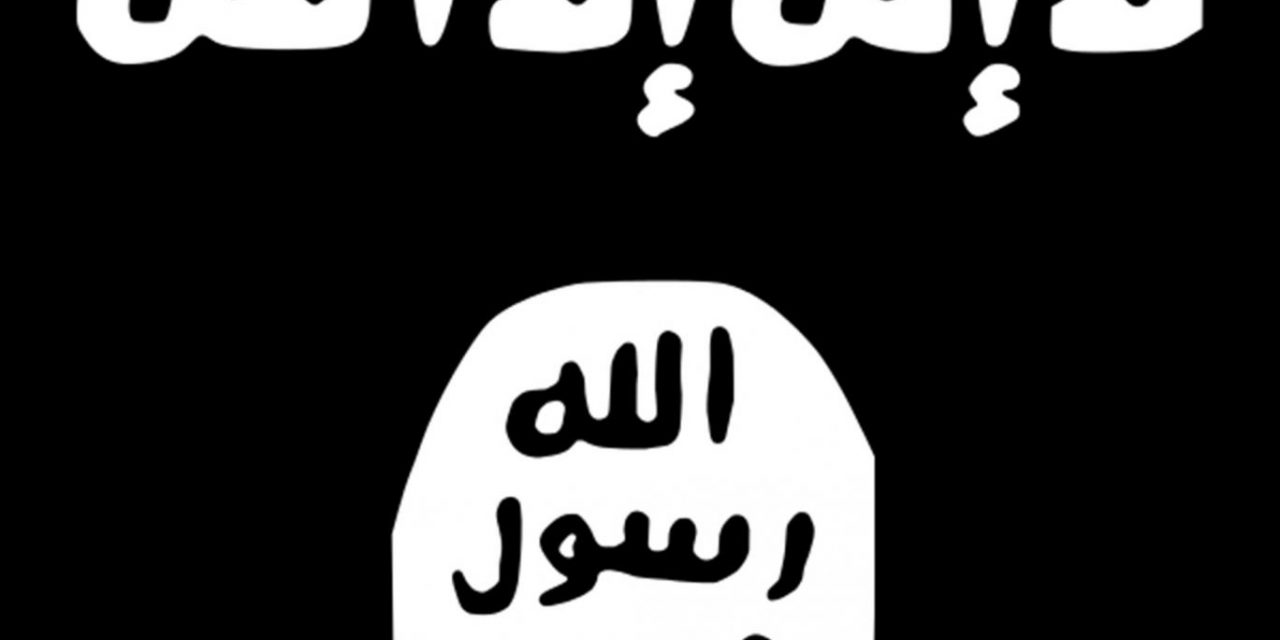 Violent Islamist Insurgents or Rebels? It Depends on Whether They’re Helping or Hindering the US Plutocracy

“Syria is home to a violent Islamist insurgency. Syria’s jihadists have carried out hundreds of attacks on security forces.”

That’s one way of describing what’s going on in Syria, though it clashes with the accustomed view of the Western news media. The New York Times, The Washington Post and The Wall Street Journal favor the view that the conflict is one in which rebel militias have taken up arms against a “brutal and vicious” dictatorship which has squandered its legitimacy.

In the understanding promoted by the West’s press, Syria is home to a violent civil war where regime forces have carried out hundreds of barrel bomb attacks on civilians, not home to violent Islamist insurgents who carry out attacks on a legitimate government’s security forces. Yet the view presented at the outset of this article is not so different from the Western news media’s depiction of a little-known conflict in Egypt’s Sinai Peninsula.

In fact, I’ve imported the description of that conflict from The Washington Post and altered it with the lone replacement of the word Sinai by the word Syria. The original reads: “Sinai…is home to a violent Islamist insurgency…. Egypt’s Sinai jihadists…have carried out hundreds of attacks on security forces.” [1]

Laurence H. Shoup, who has written a recent study of the CFR, titled “Wall Street’s Think Tank,” says the Council works on “how to expand profit-making opportunities for US corporations abroad, sometimes by working to weaken or overthrow governments that are standing in the way of expansion of corporate capital.”

The point of replacing Sinai with Syria is to show that interconnected violent Islamist insurgencies in the same neighbourhood can be—and are—depicted in very different ways. From the perspective of the Western media, there’s a “violent Islamist insurgency” in Egypt, but in Syria there’s a civil war. Unmentioned, though significant, is the reality that Egypt is home to a de facto dictatorship allied to the United States, while Syria is home to a government that zealously guards its independence from US domination.

Egypt’s conflict, according to Western news media, involves violent Islamist jihadists, but Syria’s features rebels. Yet the militias battling the Syrian government are dominated by violent Islamist jihadists, most belonging to al-Qaeda offshoots, or who are “enmeshed” with them, as The New York Times [2] delicately describes the fighters the United States backs under a $1B covert CIA train-and-equip program. [3]

And while the Western news media say Egypt has security forces which are under attack by jihadists, Syria is said to have “regime” forces which attack civilians. Implied in all this is that the government in Cairo is legitimate (it’s fending off attacks on its security forces), while the one in Damascus, which is regularly called a “regime”, is not (it’s killing its own people, we’re told.)

Clearly, when it comes to Syria, Western news media are chauvinistically biased. They present countries within Washington’s orbit in a different light from those outside it; those that are allied with the United States different from those that are not. So while we might expect two parallel conflicts to be described in a commensurate way, using the same language, this doesn’t happen.

Instead, we get a civil war, rebels and regime forces in one case, and an insurgency, violent Islamist jihadists and security forces in another. A related example of Western news media chauvinism is found in the reporting of The New York Times’ David E. Sanger, a member of The Council on Foreign Relations, an elite consensus-forming organization presided over by principals of US finance, banking and industry. In its own words, the Council acts to help shape US foreign policy, provide continuing leadership for the conduct of US foreign relations, and inform a wider audience. [4]

I mention the CFR, and Sanger’s connection to it, for reasons that will become clear in a moment. Laurence H. Shoup, who has written a recent study of the CFR, titled “Wall Street’s Think Tank,” says the Council works on “how to expand profit-making opportunities for US corporations abroad, sometimes by working to weaken or overthrow governments that are standing in the way of expansion of corporate capital.” [5]

There’s no doubt that the Council has enormous influence in Washington. Since the Carter administration, if not before, the following key US cabinet positions have, in the majority, been filled by members of the billionaire-directed policy organization: State, National Security, Defense, Treasury, Ambassador to the UN, and CIA.

Presidents Clinton and George H.W. Bush were members, and Carter became one after his presidency. As vice-presidents, Mondale, Bush, and Cheney were members. Joe Biden was once a member. [6] The CFR is no less strongly represented in the Obama administration. All three of Obama’s national security advisers have CFR pedigrees, as do all of his defense secretaries, as well as secretary of state John Kerry (married to near-billionaire Terisa Heinz, who inherited the Heinz food fortune). Former CIA director David Petraeus is also a member. [7] Back to New York Times reporter and CFR member Sanger.

Committing a sin of omission, he subtly advanced the misleading view that the world’s most repressive governments belong to the phalanx of countries to which Washington is hostile, drawing a veil over the reality that many of the world’s most repressive governments are key US client states. Worst, their repressions are often amply assisted by Washington militarily, economically and diplomatically, in return for favors to US finance, banking and industry.

For example, Saudi Arabia, a family dictatorship that beheads its citizens for some non-violent crimes, including apostasy, imprisons and flogs bloggers for criticizing the king, and which sequesters women and bans them from driving automobiles, is a source of immense profits to the US banking, finance, resource-extraction and weapons manufacturing industries. Washington dotes on the Saudi tyranny, and the Saudi tyranny dotes on US capital. By contrast, the government in Damascus, which Washington reviles, offers none of the profit-making attractions so richly bestowed on Wall Street by the Gulf tyrannies.

On the contrary, Damascus is the last redoubt of an Arab nationalism that views the vast resources of the Middle East and North Africa as the patrimony of the Arab nation, and which seeks to bring those resources under Arab control for the nation’s own internal development, and not to serve the profit-making imperatives of Western businesses and the personal extravagances of US-allied emirs.

In the Wall Street-unfriendly view of Syria’s embattled president Bashar al-Assad, Arab states ought to work for the interests of their people, rather than making their people work for the interests of the West. [9] This was a view shared by another of the United States’ Arab nationalist bêtes noire, Muamar Gaddafi, and he paid the price for acting on it with his life. “We came, we saw, he died,” crowed then US secretary of state Hilary Clinton, after violent Islamist jihadists, aided by NATO warplanes, did corporate America’s dirty work by removing an Arab leader The New York Times said “proved to be a problematic partner for international oil companies, frequently raising fees and taxes and making other demands.” [10] Gaddafi aroused corporate America’s enmity when he announced, “Oil companies are controlled by foreigners who have made millions from them. Now, Libyans must take their place to profit from this money.” [11]

Clinton’s husband and daughter are both CFR members. [12] The reality that Washington’s demons are almost invariably defiant champions of interests which conflict with Wall Street’s is a reality which will not be included among all the truth that’s fit to print in The New York Times. Nor this: There is, in Syria, a violent Islamist insurgency. It is fuelled by the United States and by some of the world’s most repressive governments through the provision of money, training and arms to jihadist cat’s paws. The insurgents’ aim is to topple a secular government and replace it with a theocratic one. Their backers’ aim is to eliminate an Arab nationalist orientation which lays too much stress on public ownership of the economy and rule in favor of local interests to suit the preferences of US finance, banking and industry. Not surprisingly, The Washington Post and The New York Times, newspapers organically connected to the US capitalist class, put a spin on foreign affairs that demonizes countries whose policies fail to accommodate the interests of corporate USA.

As noted, Shoup writes that the CFR (and so too the interlocked news media, State Department, CIA and Pentagon) work on “how to expand profit-making opportunities for US corporations abroad, sometimes by working to weaken or overthrow governments that are standing in the way of expansion of corporate capital.”

When Wall Street-unfriendly governments are confronted by violent Islamist jihadists, backed by Washington and some of the world’s most repressive governments, they’re depicted as “brutal dictatorships” which kill their own citizens. But when the same “rebels” threaten repressive governments that facilitate the profit-making of US corporations, they suddenly become violent Islamist insurgents who attack “security” forces, or in the case of ISIS when it threatens control of oil fields in Iraq, “the world’s gravest threat.”

The description, then, of violent political Islam as comprising either rebels opposing an illegitimate dictatorship or violent Islamist insurgents attacking the security forces of a legitimate government depends entirely on whether the interests of the US plutocracy are facilitated or hindered. The US capitalist class, through its ownership and control of the mass news media and domination of the State Department, Pentagon, CIA and post of National Security Adviser, both shapes US foreign policy it is own interests, and shapes how we understand and think about it. Of course, an understanding that comports with the profit-making interests of billionaires happens only to the extent we allow it to, and to the degree we docilely follow wherever the mass news media lead us—and only inasmuch as we uncritically parrot its conclusions, adopt its language, and acquiesce to its manipulations.

A Cuban Response to the Venezuelan Election (Eng.; Esp.)