It’s not complicated. In the Obama White House, like everyplace else, crucial tasks get accomplished, less important ones put off, and the least meaningful ignored altogether.

Take the State of the Union address, typically a grab bag affair with a little something for everybody that matters. Whether you’re a a dependable friend or a despicable enemy, or if your cause is just worth a prevaricating presidential applause line, you’ll get it.

If the president judges you worth patting on the head, pointing to as an example, or lying to or about, it will happen then and there. And if you’re not mentioned at all, anyplace from the beginning to the end, well, you just don’t matter much.

The president gave several paragraphs to what he called Âemissions-free energy sources,Â by which he means Âclean coal,Â Âsafe nuclear power,Â and whatever his energy and utility company donors tell him is important. He threatened Iran, extolled the virtuous men and women in uniform, and praised the American spirit.

He talked about job training for positions which many think actually don’t exist. He demanded that Congress send him bills that they’ll never pass anyway, but that he could have demanded in 2009 and 2010 when he actually had control of Congress. He promised jobs as firefighters and cops to returning veterans.

But despite levels of black unemployment not seen since the Great Depression of the 1930s, this was a matter that went unmentioned. Black concerns, as we noted a couple weeks ago, are irrelevant to the president, and black communities powerless. Since the First Black President is pretty much guaranteed the black vote anyhow, record black unemployment wasn’t even worth acknowledging, much less lying about.

The president has assured us many times that Âthe recessionÂ is over. The National Bureau of Economic Research agrees, saying that the recession of 2008 ended in the summer of 2009. If that’s true, what can we make of the fact that black unemployment is higher now than when the ÂrecessionÂ supposedly ended two and half years ago.

The truth is that for the president, the Wall Street Journal and the National Bureau of Economic Research, ÂrecessionsÂ end when the Gross Domestic Product expands two quarters in a row, regardless of what the unemployment figures say. In their world, we really don’t much matter.

In the president’s world, since blacks fear to criticize the president, black unemployment just doesn’t matter. But if you live in places like Milwaukee, a mere 90 miles from the door of Obama’s south side Chicago home, or even a mile west on 51st street from the Obamas, massive black unemployment is a crucial and unavoidable fact of collective life.

A study of black male employment patterns in the 20 largest US metropolitan areas over the last four decades just released by the University of Wisconsin at Milwaukee starkly illustrates the growing and acute racial disparities in employment, disparities the African American political class, sometimes called the Black Misleadership Class don’t bring up for fear of embarrassing their president.

The truth is sometimes embarrassing. But that doesn’t stop it from being true. Barack Obama’s wisdom on black unemployment pulled straight from the mouth of Ronald Reagan, who declared that a rising tide lifts all boats.

In fact, however, ostensibly Âcolor-blindÂ approaches to black unemployment simply don’t cut it, and in some cases aren’t even meant to. The United States has libraries of color-blind criminal code on the books. But still we manage year after year to arrest, convict and imprison disproportionate numbers of black and brown people for crimes that go unpoliced and unprosecuted among whites. At one time open, public and legal discrimination in the work force was the rule. Now, more than a generation after the end of legal Jim Crow, US labor markets remain racially stratified.

Many of the president’s fervent supporters, from the beginning of his first-term campaign have insisted that a black president can’t be seen to favor or even notice the plight of black communities, lest he shorten his illustrious career, an obviously more weighty concern than the lifting millions of black families out of poverty and want.

Others argue that once Barack Obama is re-elected he’ll be free of these constraints and unleash himself to do whatever it is we imagine a black president, a just president, ought to. But there isn’t much evidence to back that up either.

Past two-term presidents have acted most like themselves in the first two out of eight years, rather than in their second terms. Hopeful souls imagined Bill Clinton would, in his second term, keep the imagined promises his supporters ascribed to his first term campaign. He didn’t. Clinton balanced the budget, continued the relentless military buildup that enabled his successor to initiate a war of choice, gave us Âthe end of welfare as we know itÂ, and continued to fill the prisons with black faces.

For his part, Barack Obama pledged to raise the minimum wage to $9.50 an hour in his first term, and to fight for measures that would make it possible for millions to organize unions on the job. Despite a thumping majority in Congress his first two years, the president chose not to pick those fights.

What we’ve seen thus far is really all there is.

This is the real Barack Obama. A second term won’t unleash him. The uncritical black support Obama has received throughout his campaign and his presidency thus far have already set him free to be who he really is — a craven servant of Wall Street, a torturer and militarist, a Âwar presidentÂ that even Condi Rice and Dick Cheney now have kind words for, a president who demonizes teachers and federal workers and protects telecoms and mortgage fraudsters from prosecution.

None of this started with Barack Obama, of course. The National Bureau of Economic Research, founded in 1920 not only believes the ÂrecessionÂ is over, it never saw it coming in 2007-2008 and didn’t predict the advent of the Great Depression of seventy years ago either.

But now, in the age of Obama, every strand of black life is unraveling, we have undergone the unprecedented stripping of wealth from black households, and we ourselves are pushing the matter of record black male unemployment to the background in the interest of strengthening and re-electing a black president, a man to whom we and our families matter little, if at all.

Bruce A. Dixon is managing editor at Black Agenda Report. 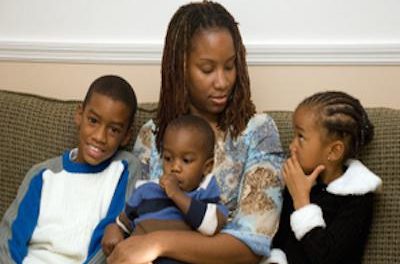