The National Day Laborer Organizing Network, (NDLON) is an alliance of 41 organization dedicated to the defense and organization of immigrant day laborers in the United States. NDLON is the organizing force behind a "March on Phoenix" set for January 16, two days before the Martin Luther King national holiday. Its theme is "Stop the Hate! Arpaio’s America is not Our America!" The NDLON web site is http://www.ndlon.org.

Pablo Alvarado, executive director of NDLON, authored the statement below which appeared January 9 in the Mexican newspaper La Jornada.

The United States is confronting a crisis it has to resolve so as to preserve its identity as a nation of immigrants. As a start, there has to be respect for the dignity and integrity of human beings. To characterize the migration phenomenon as a matter of criminal behavior takes the country more and more away from these universal principles. When 12 million people flee from violence, natural disasters, and from extreme poverty, we are not speaking of crime but of humanitarian crisis.

This year, that nation will try once more to repair and modernize a broken immigration system. It allows U.S society to benefit and enjoy the fruits of immigrants’ labor without acknowledging their humanity and without recognizing their rights. Legislators already tried once and failed in 2006 and 2007. They could not reach an agreement on immigration reform. That gave a green light for the states, counties and cities to take over the federal government’s responsibility and adopt their own version of immigration reform. This has only caused suffering and chaos.

The extreme anti-immigration forces of that country have poisoned the discussion with hate and racism. The wave of attacks against immigrant people takes on a complexion more and more aggressive, gross, and cruel. It would seem that the ingratitude and perversity have no ethical, moral and spiritual parameters. Our adversaries strive to make the lives of the immigrant people so miserable and wretched that they carry out their own deportation. To do that, they have to close off all possibilities of economic survival and strip away from the migrant his rights and his humanity.

The aggressions go from denying basic health services to transforming doctors and nurses into immigration agents. They go from denying housing subsidies, including for people with documents, to criminalizing the owners for renting houses and apartments to the undocumented. It goes from assigning immigrations agents to prisons to empowering the police to stop any person in the street and ask him for his immigration papers. The process goes from taking away from the undocumented the right to due process to giving immigration officials absolute decision making power.

The assault on the migrant not only comes down to a strategy of economic wearing down. But also the stripping away of human dignity is certainly one of the fundamental premises behind legitimizing and normalizing whatever kind of forced submission. That is to say: it’s a question of humiliation so that rights in one way or another are seen as off in some other dimension. The migrant begins to see himself as an "illegal" being, a label that has taken on racist connotations, of hate and ridicule. This epithet has evolved from "illegal" to "invader", from "criminal" to "terrorist."

In their eagerness to make this process of dehumanization real, adversaries of immigrants are implementing practices of racial profiling, systematic persecution, and levels of degradation of individuals not seen in more than a generation. In this sense, it’s no mere coincidence that detained, undocumented mothers on stretchers have to show handcuffs on their feet and wrists. It’s not by mere chance that undocumented prisoners are marched through the streets and the communications media are summoned to humiliate them and put on a show. It’s no accident that a mother is torn away from her children in public and they get toys as consolation. Nor is it simply circumstantial that a telephone line is set up for any person suspected of being undocumented so they can be reported. And it’s not purely incidental that sheriffs’ deputies and elected officials are converted into heroes by white supremacist groups. Above all, it didn’t come out of nothing that this type of abuse is seen as normal, even by persons who sympathize with undocumented migrant people.

This strategy of chipping away propelled by the extreme right and anti-immigrant groups now doesn’t distinguish between the undocumented and those who do have legal immigration status. The result is that in some places in the United States, Latin Americans (both immigrants and naturalized citizens) do not enjoy the same constitutional protection the white community has. Arizona is proof of that reality. The head of the Sheriff’s department of Maricopa County has deliberately decided to question, detain, arrest, and deport all those persons looking like they are Mexican.

Many of these practices are taking place throughout the country, but in a more striking way, in that County. The state in question has been converted into a laboratory where they experiment with the most aberrant anti-immigrant measures and practices in the country. But in Arizona there is also struggle and resistance. Immigrant families, their organizations, their allies and friends are lifting their voices and saying "Enough!" On January 16, they will take to the streets to denounce persecution and criminalization of the immigrant.

They are going to demand an end to programs allowing collaboration between the police and federal agents, including measure 287(g).

They are going to march in order to rein in the expansion of anti-immigrant policies and practices in other areas of the country. They will be marching to demand just, inclusive immigration reform leading to citizenship and political equality.

They’ll be marching to make sure the United States preserves its character as a nation of immigrants. They march to guarantee this is a country of inclusion, not of exclusion.

They march to reclaim their right to exist and to defend the civil and human rights of all. (Section 287(g) of the "Illegal Immigration Reform and Immigrant Responsibility Act" of 1995 defines relations between the Federal Government and local law enforcement agencies enabling the latter to enforce federal immigration laws and regulations.) Two days before celebrating the anniversary of Dr. Martin Luther King Jr. the immigrant community and its allies in Arizona are going to recreate his legacy.

They are going to continue marching and peacefully resisting so that the dream of Dr. King becomes a reality. Four decades after his assassination, the communities of color, the Latinos and the African Americans, continue in struggle so that people are judged by the content of their character and not by the color of their skin.

If Dr. King were alive, he would be marching together with the Latino families of Arizona. His dream will be fulfilled, some day. Justice is sometimes late, but it does not forget. We can do it. 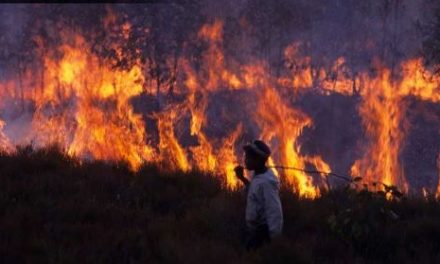