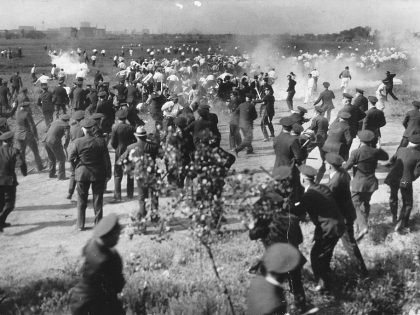 Reading and study are required for militants in any labor union. And there are few better resources for telling the heroic story of American class struggle to workers today than the classic labor history book Labor’s Untold Story.

Labor’s Untold Story has been for many decades the definitive labor history book for union members and students here and abroad. In fact, for a long time in the 1960s, ’70s, and ’80s, there was little else available for anyone who wanted to read something substantial on the subject. As the cover has advertised since its first publication in 1955, it is “The adventure story of the battles, betrayals and victories of American working men and women.” And as authors Richard Boyer and Herbert Morais intended, their book was a partisan call to action for workers playing their parts in the broad class struggle. There’s no love for the bosses or their political front men in this volume. Labor’s Untold Story takes a side — the working class’s. It’s a book intended to educate and motivate the reader, portraying class struggle as anything but an academic exercise. The original cover in 1955 featured a photo of steelworker strikers assembled in front of the Chicago Republic Steel plant, being menaced by cops and company goons, just seconds before the cops attacked, killed, and grievously wounded twenty-three of those strikers in the 1937 Little Steel strike.

By 1970, when the United Electrical, Radio and Machine Workers of America (UE) took up the task of printing and distributing this classic work, the cover photo was changed. The image on the cover for the past fifty years shows six Philadelphia cops nearly beating to death an unarmed UE Local 107 striker Herb Lewin in the 1946 General Electric and Westinghouse national strikes. Lewin’s crime? Going on strike against the gigantic Westinghouse corporation.

But the photo is more than UE lore; it represents exactly what union members come to understand in any study of the subject or learn as they engage in demonstrations or strikes: that the cops exist as the armed force of the state, who carry out their express mission of protecting the bosses.

This book drives this fact home by reviewing two hundred years of US labor history. This one fact is usually a revelation to workers new to union organizing and struggle. I first saw a copy of Labor’s Untold Story in 1980 when I was a rank-and-file organizer in an Amalgamated Transit Union (ATU) organizing drive. A retired union member in the community gave his old worn copy to my coworker, and then my coworker gave it to me. I couldn’t believe it when I paged through it. As a young volunteer union organizer and radical, this seemed like a bolt from the blue.

Most of the labor literature of that era that could be found was mostly anti-labor literature, chapter after chapter of text that aimed to mentally disarm the workers. With few exceptions, this literature all but ridiculed radical responses to bosses’ abuses, smeared unions as adjuncts of organized crime or agents of some foreign power, and all promoted class collaboration schemes and surrenders as the way forward. Labor unions themselves have produced little in the labor history department — still sadly true today — with most not even making the simple effort to familiarize their own members as to the origins of their own union, let alone any deeper aspects of the labor movement. The McCarthy terror had cured them of any inclination to educate and mobilize the membership on class questions.

Worse still back then, there was no internet where a worker could look for pro-labor books or articles. Chain bookstores offered nothing. In many ways, it was a wasteland, making my chance encounter with Labor’s Untold Story all the more critical for me as a young worker.

In those early years, I recall periodically sending payday money orders for a copy or two to the UE office on East 51st Street in New York City. It seemed like I was always loaning out or giving out my copies to workers who I figured might benefit from it as much as I had. In my travels, I made a habit of searching the dusty, dingy used bookstores that might yield an old copy. After I became a field organizer, I used this book with member-organizers in countless union campaigns.

As fortune would have it, I eventually became a UE member and staff member, where for twenty years I was in charge of the literature tables at national conventions, political conferences, and at other union functions. In that capacity, I energetically sold too many copies of Labor’s Untold Story to count. Now, as a UE staff retiree and ATU International Union staff member, I continue to distribute hundreds of copies of this book to workers and union members. I sell some, give away many. This book has stood the test of time. It works. It gets through to workers as well as any other book that I am aware of.

I owe a great debt of gratitude to that Florida old-timer who introduced me to the book and its clear inspirational message. Like so many, I was never able to go to college, and had I not been motivated to read and study the real history and problems of our labor movement, I’m not sure where I would have ended up.

Given my birth in a broken-down town in central Pennsylvania, there is certainly the possibility that without the labor movement I may very well have ended up on the junk heap with millions of other bitter, miserable Trump supporters who now overpopulate my home state. I escaped that fate, in part thanks to Labor’s Untold Story.

Reading and study are required for the militants in any labor union. No union can devise a serious strategy to fight the bosses and politicians unless it develops, maintains, and implements a class struggle ideology to guide the union’s work.

I could never have imagined in the many years that have passed since that small episode in Florida that I would become a lifetime union activist and staff member. But here I am.

In the four decades that I have been in the class struggle, I have seen much destruction visited on the working class both here and overseas. We have won some battles, but lost many. The labor movement in the United States today is half as large as it was when I signed up in 1979. Entire industries and unions have been wiped out, and the economic station of the working class has been pushed downward farther and faster than at any time in US history. The employers’ anti-unionism has multiplied hundredfold during that span of years, and the politicians remain mostly either hostile to labor or indifferent to the calamity being visited on the workers be they organized or unorganized.

These sobering circumstances mandate that we heed the counsel of legendary union organizer Mother Jones, who told the masses of toilers: “Sit down and read. Educate yourself for the coming conflicts.” That’s good counsel today. Read this book. Buy and distribute copies to young workers and those veterans unaware of it. Prepare for the coming conflicts. They are already here, and more are coming. 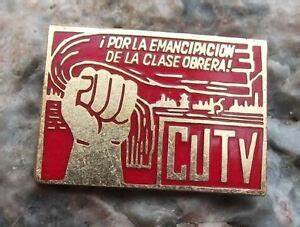 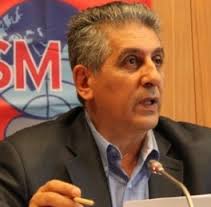