The 120 Member States of the Movement of Non-Aligned Countries (NAM), approved an official document ratifying their recognition to the government of the President of the Bolivarian Republic of Venezuela Nicolás Maduro Moros, reject any attempt to expel the South American country from the Organization of the United Nations (UN) and approve the creation of a technical group that will work to combat the unilateral coercive measures imposed on the most vulnerable people.

“In the world there are 193 countries and the United States cites only 54, here there are 120, the international community is here and defending Venezuela, they do it because they defend international law, they defend the Charter of the United Nations (…) Two thirds of the United Nations believes that the government of Nicolás Maduro is the legitimate government of Venezuela and that it deserves to be defended in any international instance”, said the Presidential Commissioner for the Movement of Non-Aligned Countries, Samuel Moncada.

He emphasized that the delegations agreed to reject any attempt to expel the South American country from the international organization, because “if that succeeded, it could cause a universal and perpetual war by applying the same tricks applied by the United States (…) it cannot be that a country chooses the politic opposition of another country and says ‘you are the government that I recognize’, today two thirds of the world says, ‘we support the Venezuelan government in the United Nations”.

The document also approves the creation of a technical group of the NAM that will work to alleviate the effects of the unilateral and illegal coercive measures that are applied against the peoples of developing countries and that openly represent a violation of international law and to the elementary rights of the people who live in these nations.

It was also reported that the Bolivarian Republic of Venezuela will be the country in charge of coordinating this technical group. Likewise, the member states also approved the support of the candidacy of the Caribbean nation for the presidency of the UN Human Rights Council, whose elections will be in October.

The Presidential Commissioner for NAM also reported that the Political Declaration of Caracas was prepared, a document of recommendations to go to the International Court of Justice and demand countries that apply sanctions against the people, “the statement calls for defending the principles of the Charter of the United Nations as the principle of non-intervention, the defense of the self-determination of each nation and the non-use of violence.

“Today is a very important day for Venezuela, today the campaign of lies that this country is alone collapses, this is the test, 120 countries said we want peace for Venezuela, it is a triumph”, he concluded. 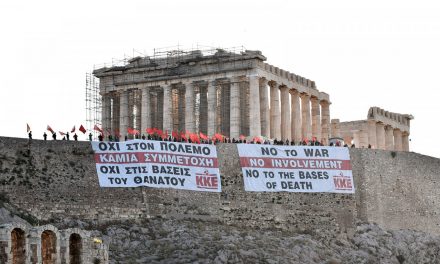