I am an anti-war and Latin America solidarity activist in Chicago. I recently returned from a late March trip to North Korea [Democratic Peoples Republic of Korea (DPRK)], along with 45 others, through Koryo Tours.

On that tour I had the opportunity to discuss with the Korean tour guides their views on the current situation. I only recall the DPRK view mentioned here once in the corporate media, when Dennis Rodman returned with a message from new President Kim Jong.

The message to President Obama was "I don’t want war, call me." Nobel Peace Prize winning President Obama refused to accept it, evidently preferring an escalating threat of a regional nuclear war to talking. I asked my Korean tours guides to be interviewed so I could present their views to US people.

Has the DPRK made proposals for peaceful national reunification?

Yes, now we have options: the historic option of a federal republic, and the recent option. In our history we proposed three principles for reunification: that the North and South unite the country independently of foreign forces, that we reunify peacefully, and that we work together over the years to create the unity of the whole nation.

Our historic option is a federal republic: a central government concerned only with national defense and diplomacy, and two local governments, North and South, handling all other issues.

But recently the situation on the peninsula is deteriorating. There are no signs of resolving the issue. If South Korean provocations continue, war will break out and we are prepared to fight. Because the situation has deteriorated, that is why we invalidated the 1953 ceasefire agreement. What we need is a permanent peace treaty, so there will be no more war danger.

Now the US and South Korea plan is that the DPRK will collapse. The situation continues to deteriorate. They are playing a dangerous game.

Japan is also very hostile. The present government is very rightwing. It is trying to build a strong military using "dangerous" DPRK as a pretext to justify turning its self-defense force into a regular army. Not only the DPRK, but many Asian countries are concerned with this right-wing Japanese resurgence.

The American people should ask the US government to change its hostile policy. Make America aware of the real situation in the Korean peninsula. Ask the American government to sign a peace treaty and push for diplomatic ties with the DPRK.

Why did the DPRK feel the need to develop a nuclear bomb?

Koreans had to deal with the reality of nuclear weapons twice before. Many thousands of Korans were used as slave labor by the Japanese in World War II, and many of these were forced labor workers in Hiroshima and Nagasaki when the U.S. dropped the atomic bomb.

Later, in the U.S. war in Korean, U.S. General MacArthur wanted to drop 50-70 atomic bombs along the China-Korea border to create a belt of land people cannot live on or cross.

Later in the Pueblo incident in 1968, when the DPRK captured a U.S. spy ship in our waters, President Johnson sent aircraft carriers with nuclear weapons to Korea. And in 1969 when the U.S. E-C spy plane was shot down over our territory, the U.S. again threatened us with a nuclear attack.

The "Team Spirit" US-South Korea war exercises from the 1970s to the 1990s practiced with using nuclear bombs.

The DPRK joined the International Atomic Energy Agency and became a Nuclear Non-Proliferation Treaty member in 1985. We wanted to develop cooperation in the field of nuclear energy. Our purpose for joining was to be safe from nuclear attack. But the threat has continued.

In 1994 with our agreement with the US, we froze our nuclear program. In exchange, President Clinton and the US promised to supply us with a light water reactor. As we now know, Clinton only made those promises because the US thought the DPRK would collapse, and so did not need to honor the agreement. We allowed nuclear inspections until 1999, to show that our nuclear power was only for peaceful purposes. The US broke the agreement in 2002 under Bush, and we resumed using our nuclear power plant.

The Yugoslav war showed us that we need to defend ourselves. We learned from the US that the US has no justice, no fairness. The US respects only power. So the DPRK developed nuclear weapons to have power.

The DPRK needs to allocate resources to meet people’s needs but must spend money on nuclear weapons to protect and defend our country. We learned the lesson in Yugoslavia, Iraq, Afghanistan: be strong.

The DPRK negotiated with the U.S., but the U.S. broke agreements, and increased sanctions five times. When the DPRK would agree to some terms, the U.S. would raise the ante. The U.S. had said we cannot have nuclear power, because we could use it for bombs. We cannot have satellites because the missiles we send them into space with can be used as military missiles. These they these things can have dual purpose, one civilian, one military. They deny us food because they say it can be used to feed the military. If we kept going along with this, they would say we cannot have kitchen knives because we could use them for fighting.

There are slave states and noble states. Noble states develop their own technological infrastructure, GPS, weather reporting, etc., so need satellites. These days satellites are used for many things. If your country doesn’t have your own technology, you end up a slave state, dependent on other countries. Noble countries are in control of their own development and have a future.

Maybe without nuclear weapons we could already have been attacked by the US in a war. Now our people can live more peacefully. The people of the DPRK are proud we have nuclear weapons, they are a guarantee of peace. Only we on our own can safeguard the peace.

The DPRK has called for a nuclear free Korean peninsula, but this call has been ignored. Now that we saw no choice but to develop nuclear weapons to defend ourselves, we are sanctioned. This is a double standard insulting to our people.

What do the people of the DPRK think of the US/UN sanctions? How do these sanctions affect the people here?

We have been used to coping with U.S. sanctions since 1945. Our people think the sanctions are a clear example of a double standard and a misuse of the UN Security Council. There is no justification for them. Sanctions were applied because of our nuclear bomb tests and satellite launches.

This is a double standard by the UN. It is a misuse of the UN Security Council by the US. Other countries are like US puppets to go along with this.

The sanctions affect every household, every individual in the DPRK. There are power cuts, a heating and energy shortage, a food problem. Even you visiting tourists are affected by the sanctions, as you see with your hotels. [in Pyongyang water and lights were only on certain hours of the day; in other towns it was even less]. There is a lack of oil and spare parts for machinery.

The sanctions threaten any country that trades with the DPRK, so that they must choose who they want to trade with, the DPRK or other countries. Our trade now is really only with China.

How is the food situation now and what role is the US playing?

At present US NGOs [Non-governmental organizations] give only some, limited, token medical aid and no food aid. For a period of 7-8 years there was no food aid from the US. The US sanctions are interfering with solving the food situation. It has cut its food aid, and even interferes with other countries providing food aid.

What is the main emphasis in the DPRK’s economic plan now [for the last several years the country had a military first policy]?

Now with the nuclear bomb, the DPRK is a little safer and can turn from self-defense spending to light industry and consumer goods investment. You saw in Pyongyang a big conference of 10,000 delegates from light industries all over the country. They are here to discuss and exchange ideas about how to improve light industry, what has worked in their factories, what has problems, and how to solve them.

How are relations with South Korea since the Sunshine Policy? [started by South Korean President Kim Dae Jung and continued by President Roh Moo-hyun, from the years 1998-2008. In this period of less chilly relations between North and South, the heads of state of the two countries met in 2000 and again in 2007. The Kaesong Industrial Park in the DPRK was opened, and several thousand South Korean tourists visited the North.]

Since 2008 South Korea has shown only confrontation. There has been no cooperation. South Korea has broken all agreements we have made during the Sunshine policy. There is no more cooperation, no tourism from the South, no engagement. Now relations are only negative, there are no positive signs.

This is because of both US pressure and a South Korean decision. South Korea President Lee Myung-bak is a right-wing businessman, who changed the situation, just like Bush reversed Clinton’s even moderate degree of cooperation.

The present South Korea president is Park Geun-hye, daughter of South Korean military dictator Park Chung-hee , who was an officer in the Japanese Imperial Army. Cooperation has changed to confrontation. South Korea thinks military pressure on the North, combined with sanctions, will make the DPRK collapse. 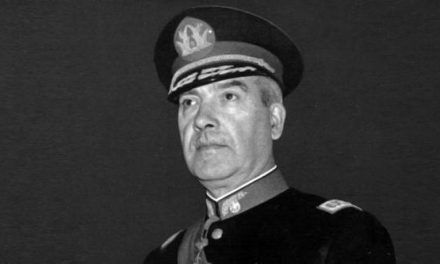 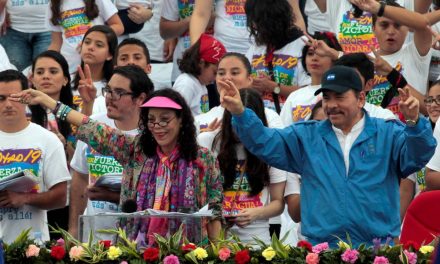 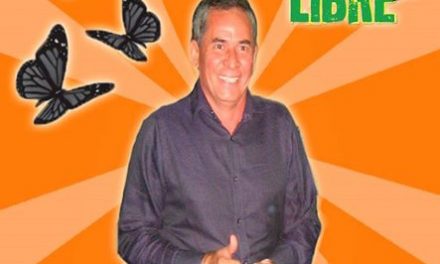 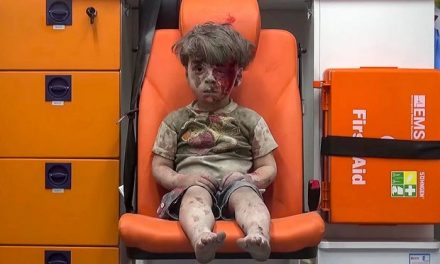