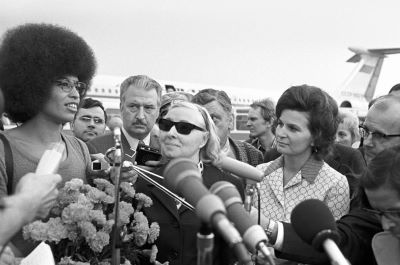 In June 1972, an all-white jury acquitted Angela Davis of charges in her alleged role in an August 1970 Marin County, California Civic Center shootout that left one judge and three other men dead. Because guns used in the courtroom shootout were registered by Davis – a prominent member of the Communist Party, USA (CPUSA) – she was charged with kidnapping, conspiracy, and murder though she was not present during the assault.

Shortly afterward, fearing for her life Davis went into hiding and was placed on the FBI’s ten most wanted list. Two months later she was found in New York City and transported back to CA.

The Davis frame-up, trial, and acquittal is well known and does not warrant a detailed examination. However, what came after – the birth of the National Alliance Against Racist and Political Repression (NAARPR) in May 1973 – is less well known. In fact, it has been largely ignored by historians.

For months after the acquittal Davis, Charlene Mitchell – a fellow Communist, and executive director of the National United Committee to Free Angela Davis – and other CPUSA members, discussed Davis’ frame-up, defense, trial, acquittal, and its impact.

In a December 1972 report to the CPUSA’s Central Committee, Mitchell outlined her experience as leader of the international campaign to free Davis. She told her comrades, “The major lesson we learned was that the legal and mass defense of political prisoners is an inseparable entity; that you cannot free a political prisoner in the courtroom alone, and you cannot, without a good, political legal defense in the courtroom, make a mass defense,” or create a mass movement. Importantly, she added, “we must discuss the role our Party can play” in forming a national defense organization, the genesis of which would come from the roughly 200 local Free Angela Davis Committees. Mitchell outlined a proposal for building a national defense organization, arguing “that it is very possible for us to be the leadership” of such an organization “and for that leadership to be completely accepted.”1

Communists had been in the leadership of the struggle for African American equality since at least the early- to mid-1930s with defense of the Scottsboro Nine and the emergence of the National Negro Congress, the Southern Negro Youth Congress, and later the Council on African Affairs, and the Civil Rights Congress. The NAARPR continued this tradition.

The call for the founding conference of what became the NAARPR proclaimed: “[F]orces of racism and repression can be defeated. We know that victory can be won.” The campaign to free Davis was the evidence. “We can free political prisoners. We can free victims of racist and political repression. We can stop the increase of police aggression and the unbridled terrorism which pervades the prisons.”

The call continued, “we can only succeed in turning the tide of repression through a united, nationally coordinated effort…The repression of this period is calculated, organized and systematic.” Like racist attacks today, such as the Buffalo shooting, the call added: “In its center is the seed of fascism, which, if allowed to sprout, would strangle us all. To successfully confront and bring a halt to this systematic, nationally organized repression, we need a national apparatus to organize our resistance.”2

Of course, this was a sentiment the CPUSA – as well as the broad array of progressive forces then coalescing around Davis – agreed with. Over 800 civil rights leaders and organizers attended the NAARPR’s founding Conference in Chicago.

The birth and work of the NAARPR highlights a number of congruent themes. First, an analysis of the NAARPR highlights the interconnected, long history of the defense of political prisoners as an integral component of CPUSA organizing spanning from the 1930s to the 1980s. Second, it brings forward the role of Black women Communists in the defense of political prisoners, such as JoAnne Little and Frank Chapman, during the 1970s and 1980s. Third, it challenges the myth of the demise of Communist-led organizational initiatives during the same period, a myth that declares the CPUSA as marginalized post-1956. Fourth, an analysis of the NAARPR provides important parallels for the Black Lives Matter movement today. And finally, an analysis of the NAARPR links today’s attacks on Critical Race Theory – and other anti-racist curricula – to earlier campaigns denying radical Black agency, especially when linked to international socialism, what I call a Red-Black Alliance.

It wasn’t long before the NAARPR was leading the struggle against racist, political repression. For example, at a July 4, 1974, rally in Raleigh, North Carolina, the NAARPR led 10,000 protesters past the Central Prison to the State Capitol, where they railed against the “administration of justice.” Forty-five people were then on death row, more than in any other state, and 14,000 people were then incarcerated in that state’s prisons, which was “one of the highest prisoner ratios in the nation.”

Davis called North Carolina “the No. 1 disaster area in terms of racial justice,” a partial explanation for the NAARPR’s decision to rally there. Her goal was to lay “to rest the myth that the oppressed people of this land – Black, Brown, Red, Yellow, and white, and people of varied political and religious beliefs – cannot work together.” She wanted to lay “to rest the myth that people will no longer take to the streets for freedom and justice.” Speaking alongside Davis was the Reverend Ralph D. Abernathy, head of the Southern Christian Leadership Conference. He called North Carolina “the most repressive state in America.”

However, perhaps more damning to the right-wing there and in Washington – as well as to the FBI, who continued to keep tabs on Davis and her comrades – was Abernathy’s willingness to publicly work with Communists. “They must be trembling in Washington to see us holding hands today,” Davis said as she put her arm around Abernathy. “Because…here is a minister, and here is a Communist.” Abernathy addressed the crowd, saying in part, “my Communist brothers and sisters…it is with pride and honor that I march with Angela Davis.”

The Red-BLACK Alliance which Communists had spent decades building posed a formidable challenge, a challenge that brought the SCLC and the NAARPR together in NC to draw attention to death and prison sentences disproportionately handed out to people of color. “Now we must consolidate our unity, make it firm as a rock,” Davis concluded.3

The NAARPR didn’t just rally and protest, though. It also helped organize legal defense for victims of racist, political repression. JoAnne Little, a NC working class Black woman, is a case in point. Little, 20, was facing the death penalty in 1975 for killing a white male prison guard in self-defense; he attacked her with an ice pick with the intent of sexual assault. The NAARPR put Little’s assault into political context. She became “a symbol of the economic exploitation, sexual violation, political persecution, and denigration of Black womanhood,” as Erik S. McDuffie noted. She was a “representative case,” something Mitchell had earlier thought impossible. Ultimately, with the help of the NAARPR, Little became the first Black woman in U.S. history to be acquitted (of killing her white attacker) by arguing that she “used lethal force in self-defense against rape.”4

Davis, who developed a relationship with Little and helped her prepare for her trial, added: “JoAnne Little may not only have been the victim of a rape attempt by a white racist jailer, she has truly been raped and wronged many times over by the exploitation and discriminatory institutions of this society,” a society that often denigrates and exploits Black womanhood.

In an August 1977 World Magazine article, Mitchell boasted of the NAARPR’s successes. She wrote, the NAARPR “has emerged as one of the most significant united front organizations in our country.” It has become a “unifying force whose integrity cannot be challenged.”5

The NAARPR continued to defend political prisoners throughout the 1980s, participating in a number of civil rights cases. Through the CPUSA’s international network linked to world socialism, it continued to bring international attention to racist, political repression domestically, a contribution worth noting as we mark the 50th anniversary of the Davis acquittal and the birth of the NAARPR. 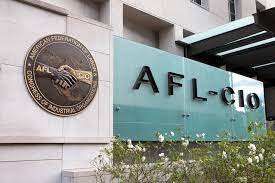 Sunset of the AFL-CIO? 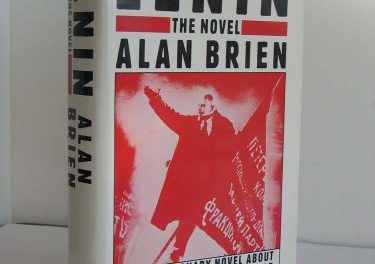 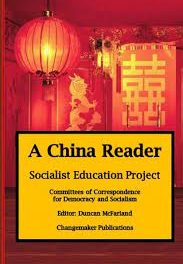 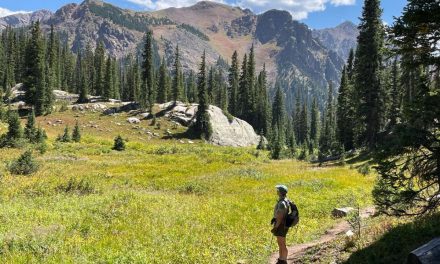 Who would have imagined the great legacy and body of work Angela was to leave us with after all these decades…..the progressive movement continues, thanks to Angela.